A man and a woman were arrested in San Benito County Sept. 14 for felony mail theft, identity theft, and the possession of drugs and firearms. 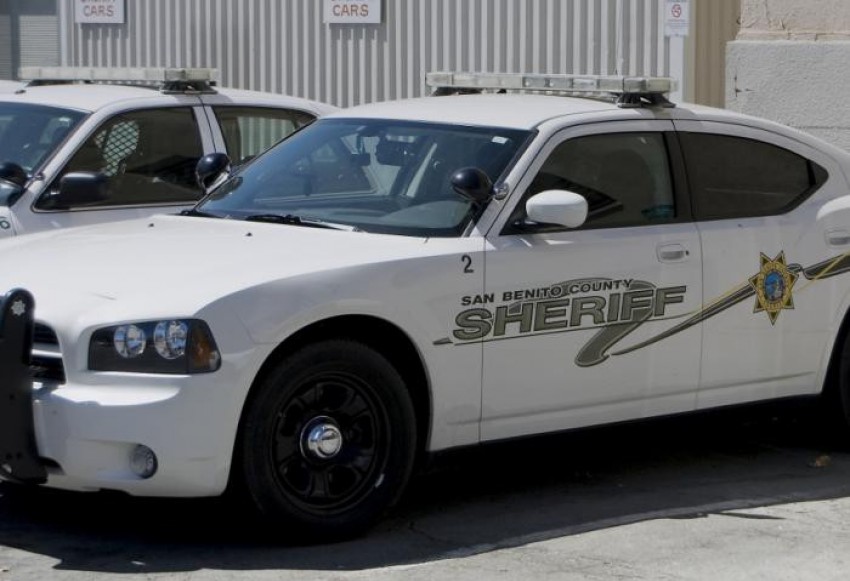 On the morning of Sept. 14, San Benito County Sheriff’s Deputies responded to a call from a resident of the Vineyard Estates neighborhood in the outskirts of Hollister. According to a news release from the Sheriff's office, the resident had been alerted by their surveillance system that someone had attempted to open their driveway gate. After receiving the alert, the resident was able to remotely access their live surveillance cameras and saw occupants of a white Ford Expedition removing items from their mailbox. The report stated that at 9:40 AM that morning, officers were dispatched to the 900 block of Cabernet Dr in the Vineyard Estates area, but were unable to locate the car.

The news release went on to explain that upon ensuring the car was out of the immediate area, Deputies Gillies, Leist, and Canez then surveyed all exit points of the area and posted themselves at locations around the neighborhood.  The report stated that a short while later, Deputy Gillies noticed a similar Ford Expedition parked in the area of the Tres Pinos General Store with a man and a woman standing beside it. Upon contacting the couple, the female passenger complied ith the officer while the male fled in the Expedition. While fleeing the area, sheriffs said the male driver threw a loaded firearm out of the vehicle. That firearm was later recovered by Deputy Gillies. The woman was detained and was identified as Stephanie Lujan.

The report continued, explaining that following the man’s escape in the vehicle, Deputies Leist and Canez drove to possible locations where they expected the Expedition and driver to emerge. As Deputy Leist held his position in Tres Pinos, he directed Deputy Canez to survey the neighborhood of the Heatherwood Estates.  Deputy Canez arrived to the Heatherwood area in time to see the man flee from the Expedition on foot, through a residential property. Deputy Canez gave chase and, with the help of Deputy Leist, arrested Anthony Torres without incident.

The news release stated that upon returning to the Expedition, Deputies Leist and Canez located narcotics, ammunition and nearly 100 pieces of stolen mail inside the vehicle. Sheriffs say the stolen mail has been traced back to 28 theft victims in San Benito, Monterey and Santa Clara Counties.

Lujan and Torres were booked into the San Benito County Jail for the following charges:

Possession of stolen identifying information of more than 10 people – Felony

Conspiracy to commit a felony – Felony

Felon in possession of a firearm – Felony

Felon in possession of ammunition – Felony

Possession of narcotics for sale -Felony

As it was posted in the CHP report by Captain Eric Taylor: “The United States Postal Inspectors are assisting with this case and will be in touch with all victims of the mail and identity theft. They will be conducting the follow-up investigation regarding all things related to the stolen mail in both counties.  Federal charges may be pending for Lujan and Torres.”