Arti-Culture and Ohana Shave Ice enter the final round for Startup Challenge Monterey Bay. While this is Arti-Culture's first entry, Ohana came in second place last year in the Main Street Division. 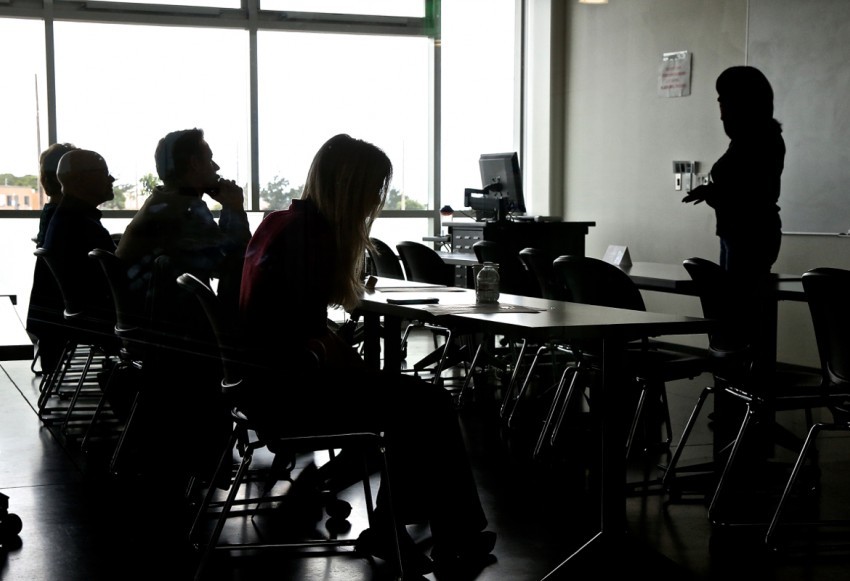 Two Hollister businesses have made it to the finals for Startup Challenge Monterey Bay, a competition for innovators, entrepreneurs, and the startup community in the counties of San Benito, Monterey, and Santa Cruz, as well as the cities of Gilroy, San Martin, and Morgan Hill.

Arti-Culture and Ohana Shave Ice will move on to the final event Saturday, May 12 in downtown Salinas.

“We’re hoping to better our business model, network with business people, and see how we can spread far and wide,” said Rolan Resendiz of Arti-Culture, a community-based art studio that strives to make art accessible for everyone. “More than anything I think it was about us wanting to get involved and how we can replicate our business model and take it to communities around the world.”

“It was our first time trying,” Hernandez said. “We were so blessed by it that we decided to run again.”

Startup Challenge Monterey Bay is a project of California State University Monterey Bay’s Institute for Innovation and Economic Development. Eighty-one businesses entered the challenge this year, which was whittled down to 25 finalists.

Arti-Culture is a finalist in the Main Street Division open to small businesses and nonprofits. There is a $10,000 prize for first place with $2,500 available for runner-ups.

“We’re excited and humbled by all the support we’ve gotten over the past year,” Resendiz said. “We’re looking forward to what the future has in store for us. It’s exciting to start in Hollister and the potential to grow is unlimited.”

Ohana Shave Ice entered into the Venture Division, which is designed for businesses seeking larger growth. The category offers $20,000 for first place and $5,000 for runner-ups. The local culinary business entered the Main Street Division last year, but set its sights higher for 2018.

“We knew the idea of scaling and being able to enter into different markets,” Hernandez said. “We believe our model is unique. We believe in our ability to be a franchise or enter into other markets.”

Last year, four San Benito County businesses made it to the finals, including Ohana Shave Ice, Michelle Doty’s “That Garlic Stuff,” Ramona Hill with Credo Studio in San Juan Bautista, and Salvador Ornelas-Reynoso who presented “Workinspot” as an affordable, convenient, and flexible workspace.

All finalists in Startup Challenge Monterey Bay receive mentoring and pitch workshops to help prepare them for the final event.

“Hollister-based businesses have always performed well,” said Kristina Chavez Wyatt, consulting executive director of the San Benito County Business Council and five-year volunteer judge and mentor for the startup challenge. “Granted we may not be representing a number as great as Monterey or Santa Cruz County, but we’ve had several winners. Mars Hill won one of the first competitions. Ohana was one of the darlings of the whole program last year.”

From an economic development perspective, having a culture that supports and sustains entrepreneurs and small businesses in San Benito County is low-hanging fruit, Wyatt said.

“It’s something we can all collaborate on to grow our economy, local jobs, and help support our community,” Wyatt said. “From a personal perspective, I get energized by seeing entrepreneurs make their pitch. It’s almost like a ‘Shark Tank.’”

As owner of her own small business, Farmhouse Communications, Wyatt said she understands the challenges and hurdles facing local businesses.

“It’s a huge risk for individuals, their families, and their friends,” she said. “It really takes a village culture to support and sustain independently-owned small businesses, especially those based in the arts and culinary arts. I know Rolan and Arti-Culture, and I’ve known Peter and Karina [Hernandez] for a good amount of time. They’re passionate, good people. Their commitment isn’t just to their businesses, it’s seeing it as a component to a family-centered, vibrant community as a whole.”