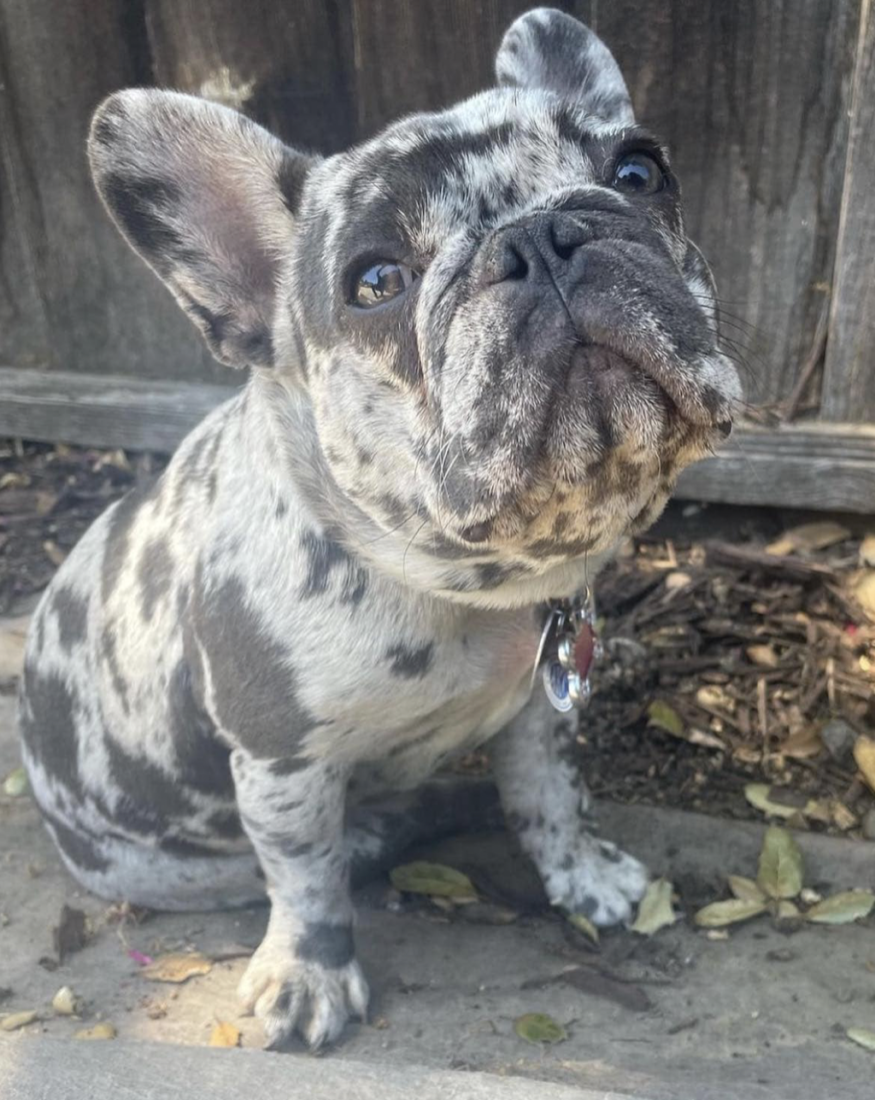 Two armed men entered a Hollister home Sept. 15 and stole $10,000 worth of items, including a French bulldog.

Amanda Hightower recently moved from Watsonville and said she said didn’t have any negative relationships with anyone.

“Someone in the area saw me with [Milani] and set me up,” said Hightower. Her 11-month-old pregnant french bulldog is reported to be worth $7,000.

Hightower said she left for work but returned 10 minutes later and encountered two armed men in the hallway. The men, who she said had broken in through the back door, also injured Hightower.

“They kept hitting me because I was trying to get up repeatedly,” said Hightower. “I tried fighting back by grabbing one of the man’s hoodies and he got really upset. The other man ran up and pistol-hit me in the face.”

She said the hooded men kicked her and told her to stay down and delete the camera footage. One of the men carried a bag containing personal items worth $3,000, while the other had her pup, which she told BenitoLink was like her child.

“Please don’t take my dog,” she said she told them. “And they kept saying ‘shut up bitch, stay down,’ and ran out to the front door.”

Hightower said she gave footage of the vehicle the two men used to the police. She said the car, a silver Chevy Malibu, had a license plate from the Gold Star Buick GMC dealership in Salinas. She added the two men changed their license plate before arriving at her house as camera footage from a neighbor captured the vehicle with different license plates.

She also said she was informed by a Facebook account that a man in Salinas was bragging about stealing a frenchie. She sent the post to the police, but said hasn’t heard back.

Sergeant Don Pershall said, “We haven’t made any arrests, and there are no suspects. It’s under investigation.”

Pershall said if the suspects are from Salinas, HPD will “file an arrest warrant for home invasion, pet and money theft.”