Sergeant Ray Celano’s 14-year-old son was pronounced dead on the scene; his 12-year-old is in critical condition. 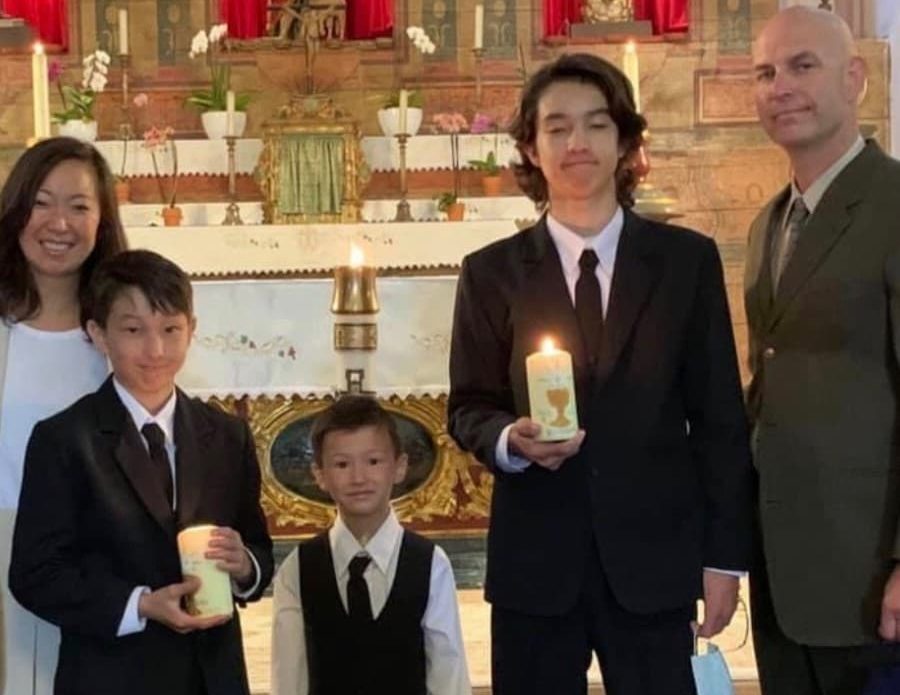 The two oldest sons of retired Hollister police sergeant Ray Celano were on shot Nov. 20 in an incident at Memorial Skate Park in Colorado Springs, Colorado.

Celano joined the Hollister Police Department in 2005 and was promoted to sergeant in 2013. He retired in October and moved with his family to Colorado Springs.

Michelle Schleeter, who helped organize a GoFundMe account to pay for memorial services and to defray medical expenses, reported that Dylan is stable, but “still in critical condition with a long road to recovery ahead.”

A vigil for the victims was held at Briargate/John Stone Skate Park in Colorado Springs on Nov 21.

According to a Colorado Springs police statement, at approximately 7:14 p.m. they received a report of a shooting near the skate park located at 1705 E. Pikes Peak Avenue.

Officers and medical personnel who responded to the report located two injured individuals suffering from gunshot wounds and one deceased juvenile male.

Police said no arrests were made as of Nov. 20 and that the investigation remains active and open. It added that further details will be released as appropriate.

Contacted by phone Nov. 23, a spokesman for the Colorado Springs Police Department had no further comment and the officer in charge, Sergeant John Garza, was unavailable for questions.

“Our department family is reeling from this devastating news and we are heartbroken. Our hearts ache for the entire Celano family,” the statement said. “We cannot commit adequate words to the pain we feel. We ask the Hollister community to join us with their thoughts and prayers for Dominic, Dylan’s recovery, and the well-being of the entire Celano family. Dominic would have been 15 on the 29th of November.”

Police also said the Hollister Police Officers Association is reaching out to their membership for assistance with expenses. It also said that in the near future, the HPOA will organize a public donation campaign.

A prayer vigil is planned for Nov. 23 at 5 p.m. in the front parking lot of the Hollister Police Department at 395 Apollo Way, according to an announcement by the HPOA. The association has also approved a resolution to pay for Dominic’s funeral expenses and set up a Venmo account to collect money for the family.