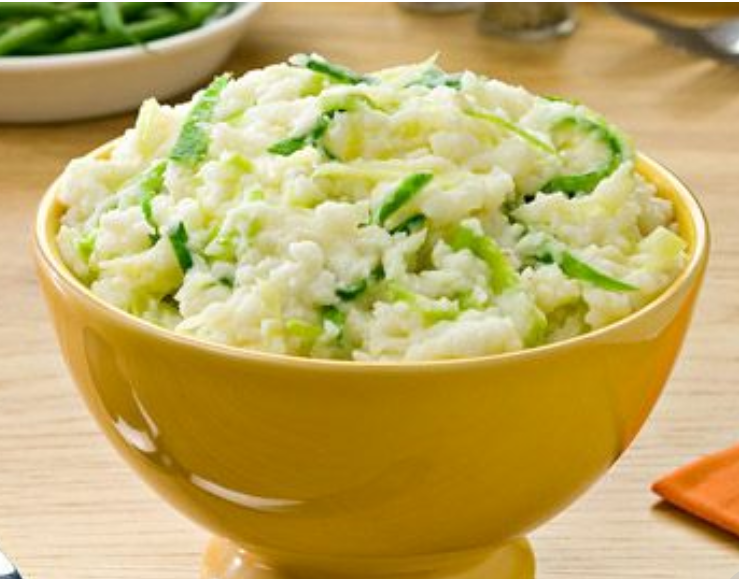 When Vince Parker picked up a cookbook with recipes from around the world when he was 23 years old, he would unknowingly be starting a tradition of cooking Irish dishes that would help connect him back to his ancestry. This would lead to Parker creating multi-day events surrounding St. Patrick’s Day in which he not only cooked a series of traditional Irish dishes, but also celebrated the country's culture. “I don’t celebrate like others do. I don’t go to bars or drink green beer,” Parker said. Instead Parker focuses on, “mainly the ancestry parts, the food, the culture, the films.”

Parker’s Irish decedents first arrived in the United States around 1850. This time period in Irish history is known as the Irish Potato Famine, where it is estimated that 1,000,000 people in Ireland died of starvation and other related causes due to years of successive potato crop failures. Arriving in the United States the O’Malley family had little to their name and soon settled in St. Louis, Missouri. It would be there that the American Dream would happen for John O’Malley, head of household, as he searched through the alleys and streets of St. Louis, eventually getting enough resources to open his own pawn shop in the city. At the time of his death in July of 1881 Parker said that O’Malley owned two pawn shops and was worth $25,000, a considerable sum at the time.

Through the years, Parker’s family would lose touch with their Irish heritage, but in his lifetime, Parker has brought much of it back to his immediate family by sharing their history and bringing Irish culture back into his home. As Parker said, “I think it (learning and celebrating ones heritage) fights this impulse Americans have to live in a vacuum. Your history is part of you,” and in today’s world more people are, “curious where we come from.”

Parker also explained, “There are so many aspects to food. It’s culture, social, and nutritional. It’s about bringing people together.”

This year Parker is going to pass on having a large event as he has done in the past and in its place focus on time with his children and celebrating his Irish roots. “I am going to make corned beef. My kids expect it,” Parker said. “Corned beef is the main dish. Everything revolves around that.” In addition to corned beef Parker intends to make Irish-style potatoes and vegetables.

Two Irish dishes recommended by Parker can be found below. Both recipes come from “The Complete Round-the-World Cookbook” by Myra Waldo. This is the same book Parker learned to start cooking Irish dishes from when he was 23.

Wash the shrimp, shell, and devein. Bring the water, salt, onion, and bay leaf to a boil. Add the shrimp and cook over low heat 5 minutes. Drain, cool, then chill.

Blend the mustard with a little mayonnaise, then combine with all the mayonnaise, sugar, tomato cause, vinegar, and food coloring. Taste for seasoning, adding salt and pepper if necessary.

Arrange the shrimp on a bed of lettuce, with the lemon wedges as a garnish. Serve the sauce in a sauceboat. Serves 8.

RECIPE FOR IRISH-STYLE CABBAGE AND POTATOES

Peel and mash potatoes with half of the butter and the salt, pepper, and onion. Mix well together. Chop the cabbage coarsely. Add to the previous mixture and mix lightly but thoroughly. Heat in a buttered pan but do not allow the mixture to brown. Serve very hot. Heap in a mound. Make a well in the center and pour the remaining butter in it. Serves 6-8.