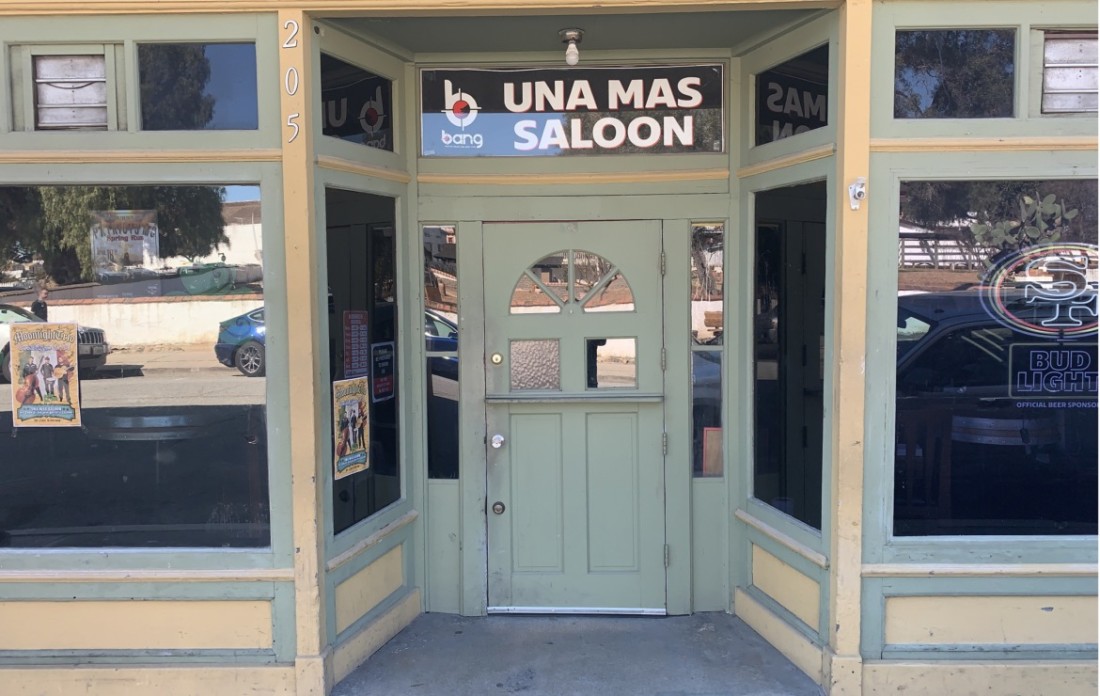 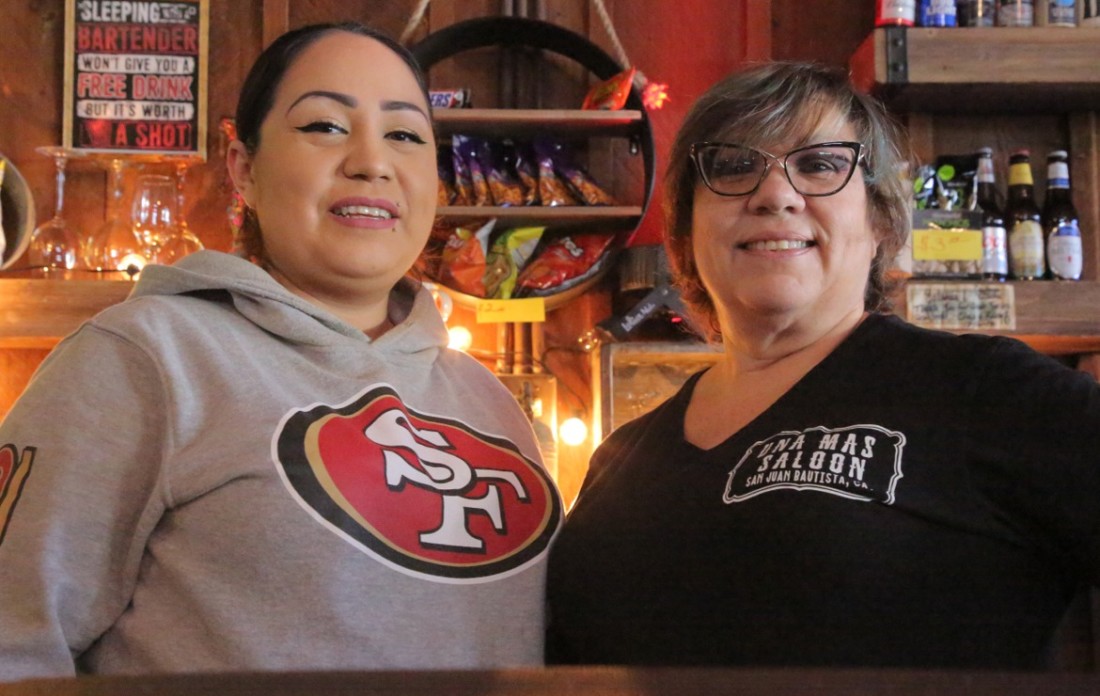 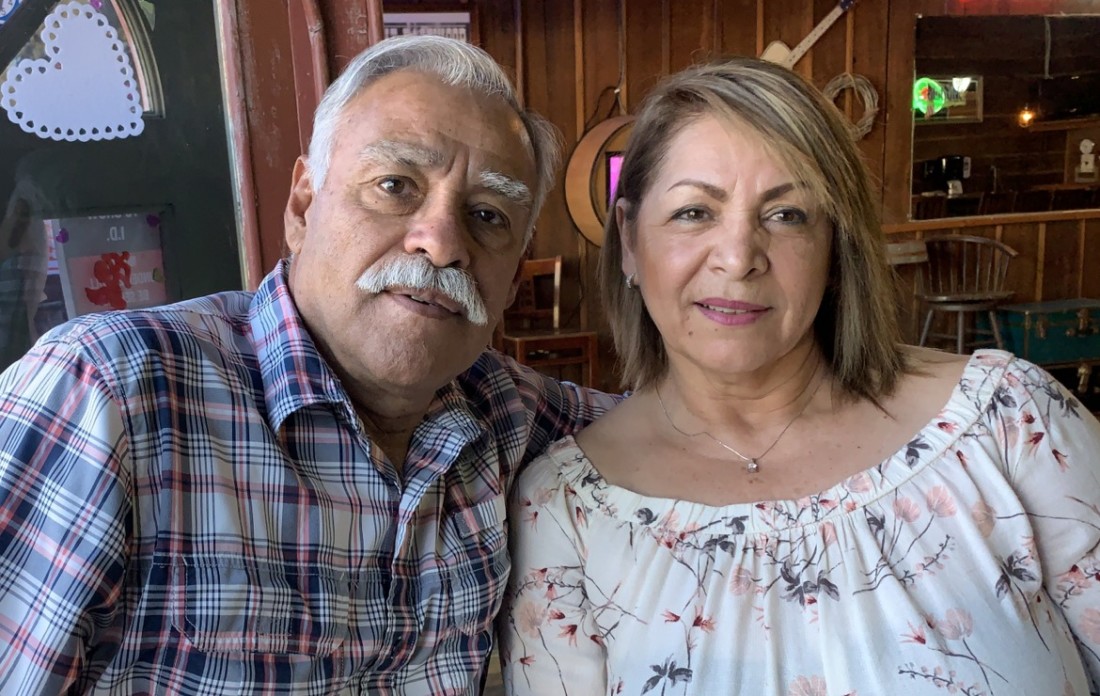 New bar takes over former location of Mom and Pop’s. 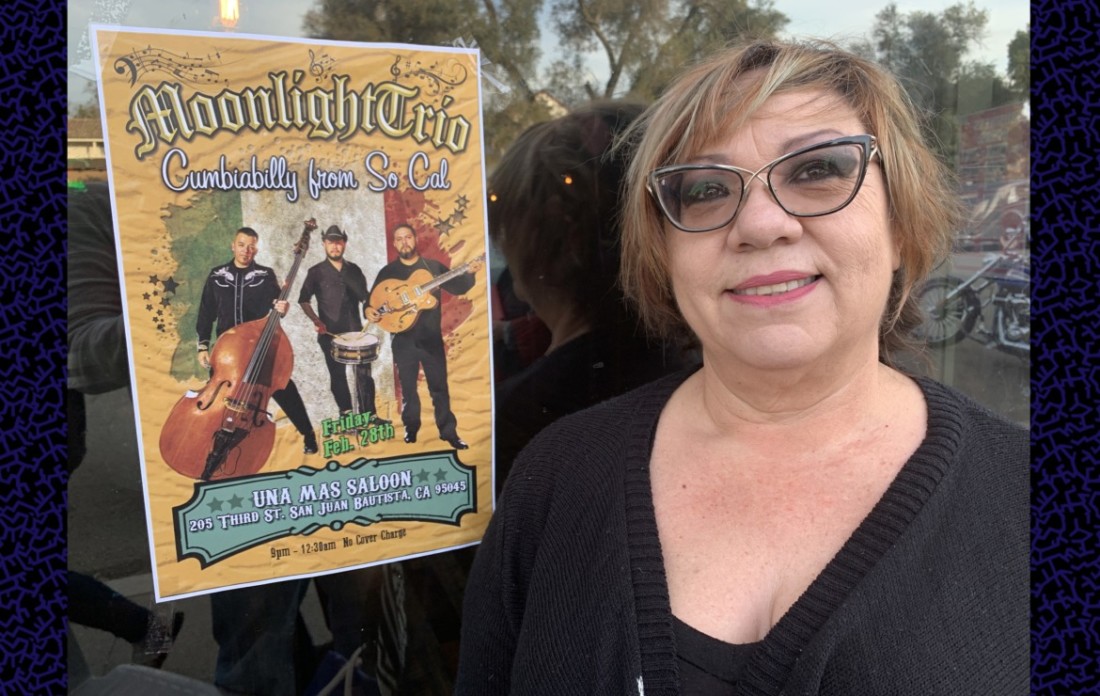 Yolanda Torres was on her way to the San Juan Bautista Cemetery last year on the anniversary of her mother’s passing when her life suddenly changed. She noticed Mom and Pop’s Saloon at 205 Third Street in San Juan Bautista was for lease.

Torres worked at Whiskey Creek Bar in Hollister 11 years ago and honed her bartending skills there.

“When I worked there, I loved it,” she said. “The minute I saw this place I knew I could open it up and make it work.”

She had never been in Mom and Pop’s before, but she had a clear vision of what she wanted to do. She also had the blessing of the previous owner, Rhonda Roascio, who stopped by to check the place out.

“I told her ‘everybody here really loves you,’” said Torres, “and she told me ‘the way that I was loved, you’ll be loved.’”

Torres faced a daunting task. When she took over the place, it was totally empty. The walls were bare; even the bar was gone. It took 11 months from the time she leased the space until opening, just before Christmas. She brought in a full-length bar and a pool table. Posters and photographs are beginning to show up on walls.

Torres is taking her time to feel out the space and find the right touches to recast the place to her satisfaction.

Mom and Pop’s had been popular with local bikers, but closed in 2017 after years of conflicts with city officials. A 2015 internal city memo seemed to target Mom and Pop’s specifically in designing an ordinance to allow the city to revoke their license on the basis of the saloon being a nuisance.

Torres emphasized that she is anxious to move past the problems of the previous bar by welcoming a more varied clientele. Her patrons are a mix of young and old, new customers and returning ones.

“At our New Year’s Party, we had older people, like your grandparents were here. And then you had your uncles and aunt, that age. Then you have the young ones, the nieces and nephews,” she said. “We were just having a good time, like having the family at my house.”

The new saloon gets former Mom and Pop’s customers coming in to check the place out.

“They peek in to see, then they come in and say ‘that was my table’ or ‘if walls can talk,’” Torres said. “We get to hear all their favorite stories.”

Arnold and Josephina Rivera are two Mom and Pop’s customers who were surprised to hear the location had reopened. Arnold overheard Torres talking to someone about Una Mas at a local store and stopped in to chat.

“I had a good impression when I met her,” he said. “I was impressed by her upbeat attitude about opening the place. And the very first time we walked in, we were greeted like family and we like that.”

“They’ve done well and the new floor and bar look great. It’s not as loud as before, but it still remains old school. It’s nice that we can have the place stay traditional.”

The bar has a regular schedule of entertainment starting with karaoke on Fridays, DJ Gabe the Guru playing on Saturdays, and live music on Sundays. Torres plans to add square dancing and line dancing on Sundays, and special events on holidays are in the works.

Besides reviving the bar, Torres has big plans for the future.

“Next year I want to open up the building in the back and have a kitchen there,” she said. “We will be able to serve dinner or snacks at night. And I want to open at eight in the morning to serve breakfast.”

As after-breakfast activities, Torres is looking into having yoga or zumba classes at Una Mas. She’s spoken to local artist Emanuel Rios about holding painting events in the afternoons, and she also hopes to serve coffee and smoothies during the day.

In the meantime, Torres is putting her all into the bar in the evenings and already feels a measure of success with her newfound customers and the atmosphere she has created.

“It’s always a happy time and a friendly place to visit,” she said. “When one group leaves, another comes in. It’s a party every day and I know I am going to be OK here.” 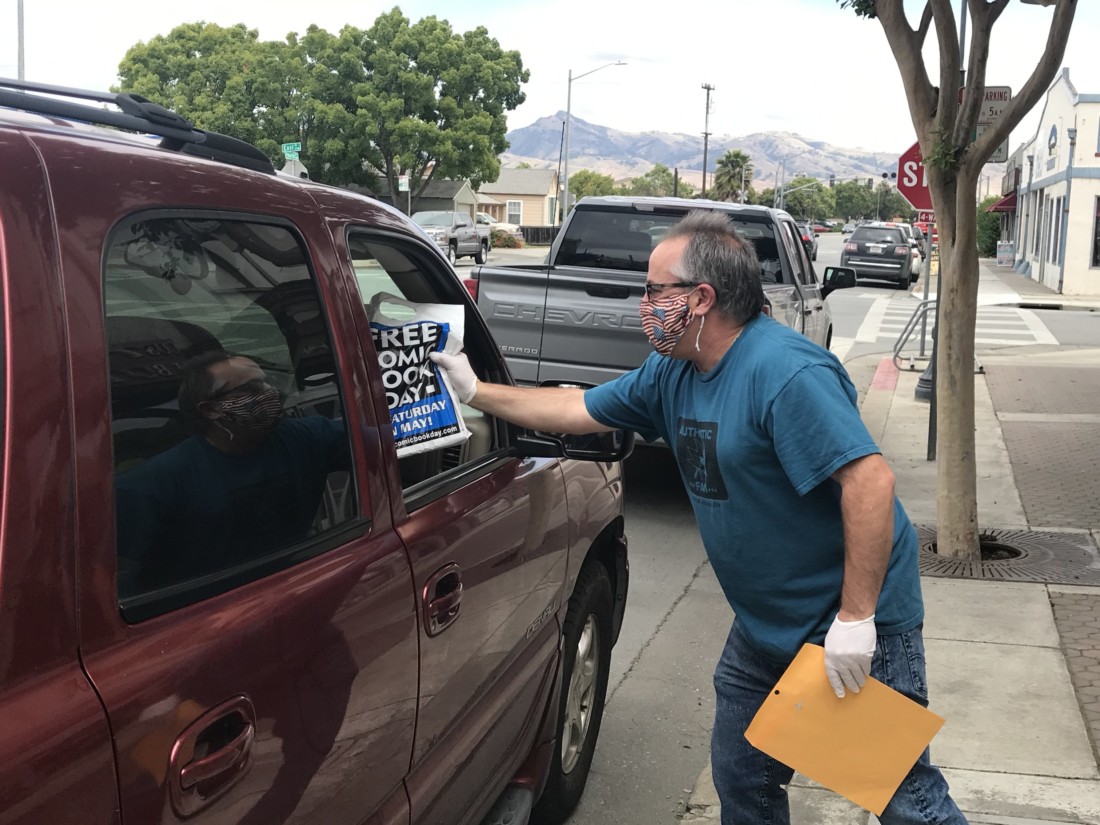 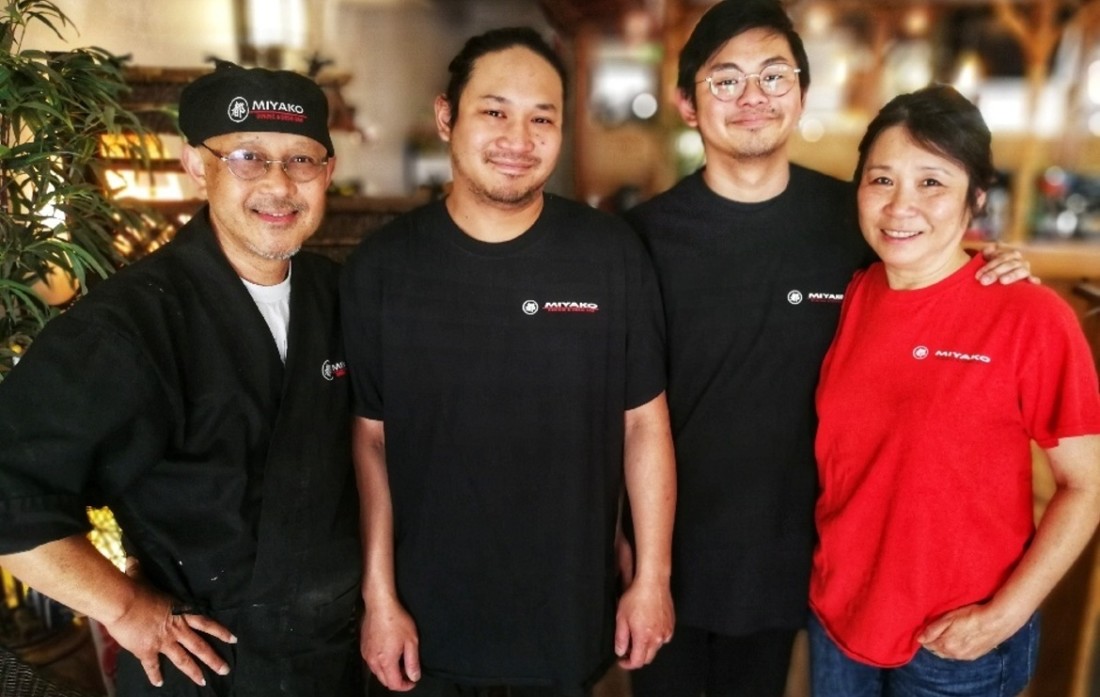 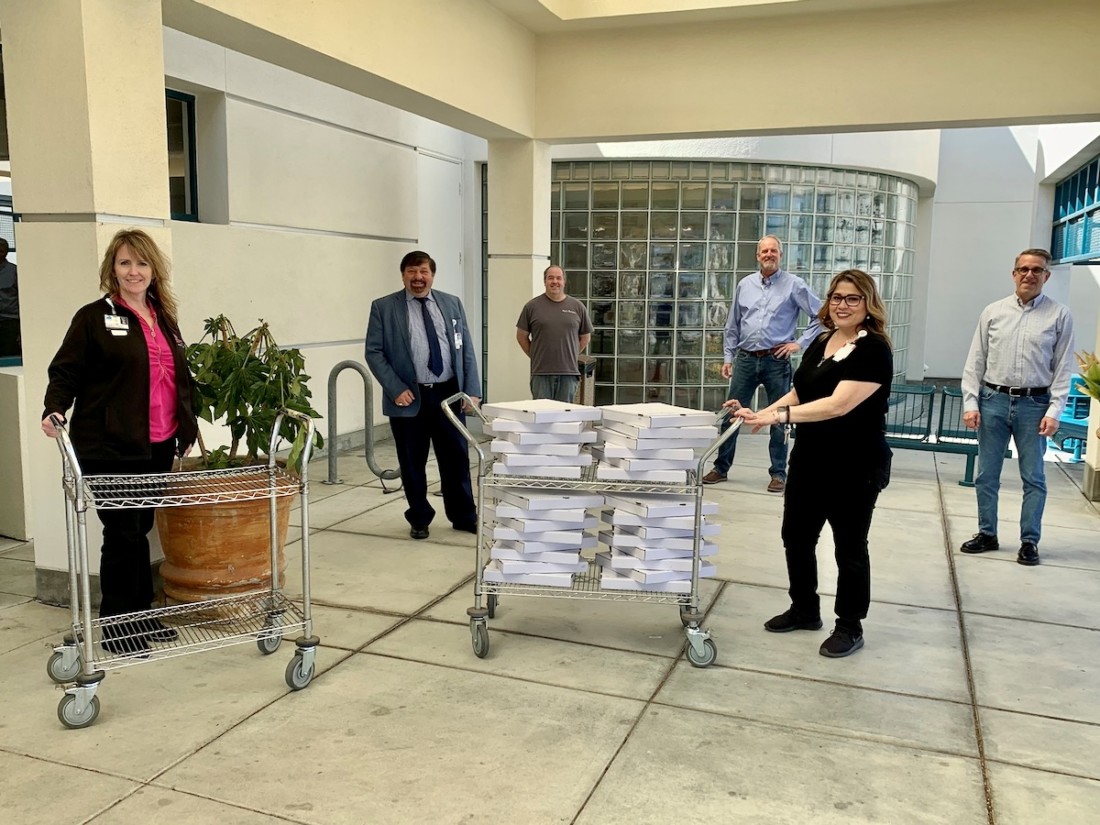 Two regional companies decide to join together and help sustain staff at three area hospitals with a tall stack of pizzas from local restaurants.