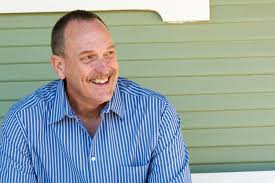 In the sole contested race for a San Benito County supervisor seat on Tuesday night, Incumbent Jerry Muenzer held onto his lead against candidate Victor Gomez when updated results were posted at 11:34 p.m. with 79 percent of precincts reporting. Muenzer continued to lead the Hollister city councilman who ran against him for the supervisor's seat by 53 percent of the vote to Gomez' 47 percent.

Reached at 10 p.m, Muenzer said he was feeling good about the results.

"I'm looking forward to working four more years for District 4 and to help lead the county forward in better years," he said. "The four years I was in office were difficult years because we were still coming out of the recession. The next four years will be good years and there are good things ahead for San Benito County and District 4."

Muenzer said he felt good heading into election day because he had spent a lot of time talking to voters in his district.

"I do want to thank the voters of District 4 for meeting me at their front doors and doorsteps," he said.

He said his top priority in his second term will be working with the other supervisors and county staff to complete the general plan update, which he anticipates will be completed in late winter or early spring. He also said the county will be looking to rehire for some of the positions that had been laid off during the recession.

After 10 p.m. on election night, Gomez said he knew going into the race in District 4 it would be a tough battle.

"The name Muenzer has resonated in the community for over a hundred years," he said, noting that he is 36 years old and first-generation county resident. "I'm proud of the campaign we put together even though I was hoping for better results."

He said his focus will be on serving the two years that remain on his term as a Hollister city Councilman in District 4 and may try to expand his political involvement in San Jose.

"It was a good race over all and hopefully I engaged some voters who might not normally vote," he said.

When the first results were posted at 8 p.m, Muenzer started with an early lead of 53.19 percent of the votes to opponent Gomez’ 46.54 percent in the race for District 4. The early results were posted by the County Registrar's office just after 8 p.m. and updated at 10 p.m.., with day-of-election and provisional ballots still to be counted.

Muenzer has served as a San Benito County supervisor for one term. In a Q&A with BenitoLink before the election, he said the top issues facing the county include finishing the general plan update; crime and gang violence and population growth.

“Last year, I worked on the committee that consolidated the fire departments of the County and the two cities,” Muenzer said, in his Q&A. “It has been working out great so far. I was also pushing for the consolidation of law enforcement. The city of Hollister voted not to consider it. The consolidation would have saved money and provided better service. I hope to bring that back to the discussion table.”

Gomez is a Hollister city councilman who has served the city since 2008. In a Q&A with BenitoLink before the election, he said the top issues facing the county are public safety, tourism and economic growth and infrastructure improvements.

“The shortsighted budget cuts to the Sheriff’s Department have led to higher crime rates in our communities,” Gomez said, in his Q&A. “The County Supervisors have made questionable decisions when it comes to providing the adequate resources needed for our law enforcement departments and the safety of our residents has been jeopardized as a result.”