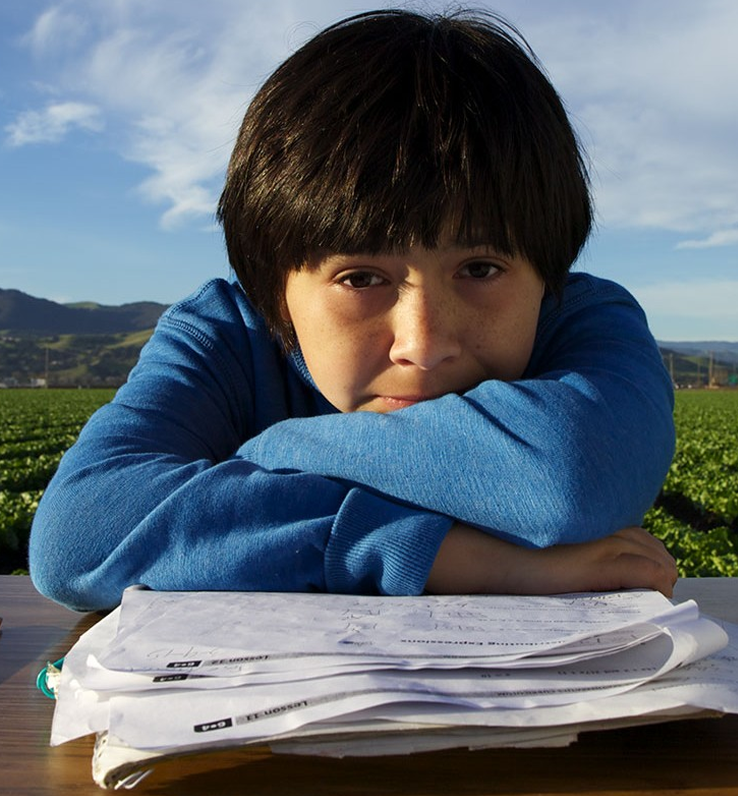 Hollister native and San Benito High School graduate Oscar Ramos, now a teacher in Salinas, is featured in the upcoming PBS documentary "East of Salinas," which will premiere on Dec. 28.

The documentary, three years in the making, is the story of "a bright boy and his dedicated teacher (Ramos) — both sons of migrant farm workers."

Here's the description of the film from the Independent Lens website:

With parents who are busy working long hours in the fields, third grader Jose Ansaldo often turns to his teacher, Oscar Ramos, for guidance. But Jose is undocumented; he was born in Mexico. Like many other migrant children, he is beginning to understand the situation— and the opportunities that may be lost to him through no fault of his own.

"East of Salinas" follows Jose and Oscar over three years: the boy is full of energy, smarts, and potential, while his teacher is determined to give back to a new generation of migrant children.

Many of the students that enter Oscar's third grade class at Sherwood Elementary School in Salinas have never been to the beach, even though it’s only twenty miles away. Their parents work from sunup to sundown. They live in cramped apartments in neighborhoods plagued by gang violence. The kids take on the day- to-day stresses of their parents: making ends meet, dealing with acute health issues, fearing deportation. In the face of these challenges, Oscar gives his student’s access to a world that often seems beyond their reach.

Jose is one of Oscar’s most gifted students. Despite having moved between seven different schools in three years he still excels in math. But Oscar can only do so much. For Jose, a student with such promise, "East of Salinas" demonstrates the cruelty of circumstance — a cruelty that touches on the futures of millions of undocumented kids in America.

A July 2014 BenitoLink article PBS to feature Hollister native in full-length documentary describes how Ramos and the PBS writer-director Laura Pacheco spent years crafting this true story of grit, success, and giving back.

Ramos, asked if he wanted to become a principal so he could guide other teachers, without hesitation said, “I don’t want to be a principal. I want to work with the kids. I would miss it so much.”

For more on the film, visit its website here.