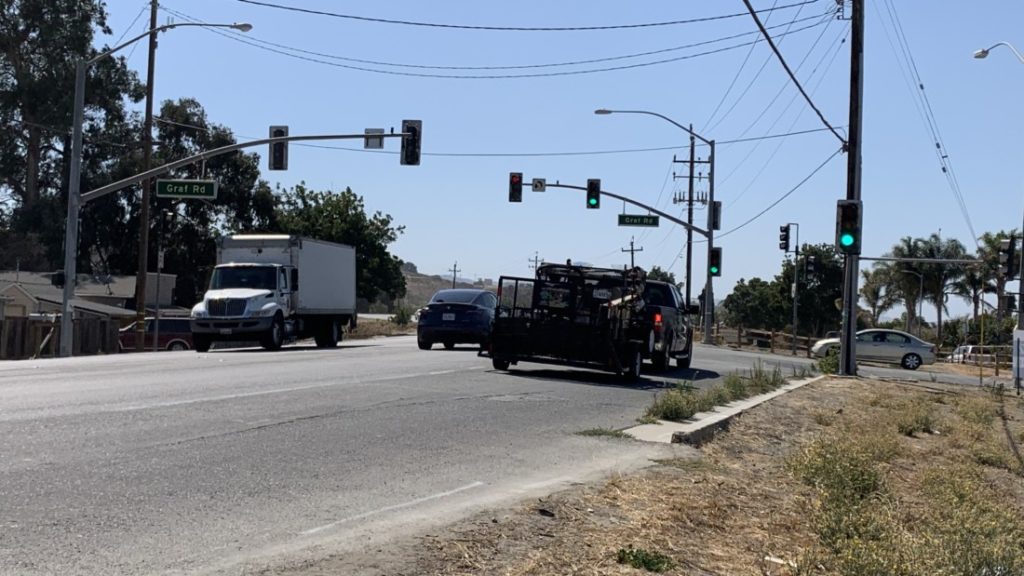 Intersection of Fourth Street and Graf Road in Hollister. Photo by Juliana Luna. 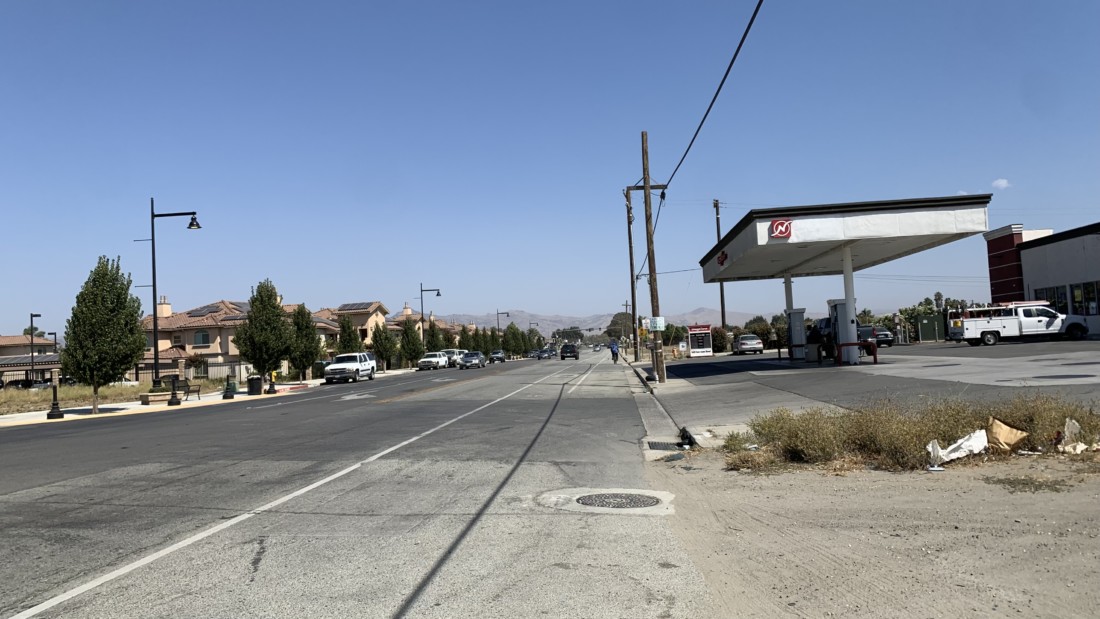 This article was written by BenitoLink intern Kinsey Canez. Editor’s note: this article was updated to correct the age of the victim. It previously stated it was a seven-year-old girl.

On Sept. 5, around 7:55 p.m., a vehicle traveling eastbound on Fourth Street in Hollister struck and killed a pedestrian near the Graf Road intersection.

Hollister Police Chief Carlos Reynoso said “the vehicle struck a pedestrian just east of the intersection who witnesses advise was not walking in the crosswalk. It appears the driver did not see the person in the roadway until it was too late.”

The section of Fourth Street between Graf Road and the Shop N Save gas station does not have a sidewalk.

Pershall added that the woman was walking alone when the collision occurred.

Reynoso said that according to the initial investigation, alcohol was not a factor. He added that the driver has been cooperative with the police.

The investigation remains ongoing. “The details as we know them may or may not change as the officers complete their report,” Reynoso said.

Hollister Police sent an advisory at 9:06 p.m. stating Fourth Street between Graf and Miller roads was closed to investigate the collision. At 9:39 p.m. it sent a second advisory stating the road was reopened. 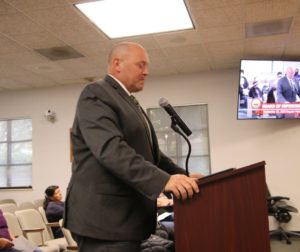