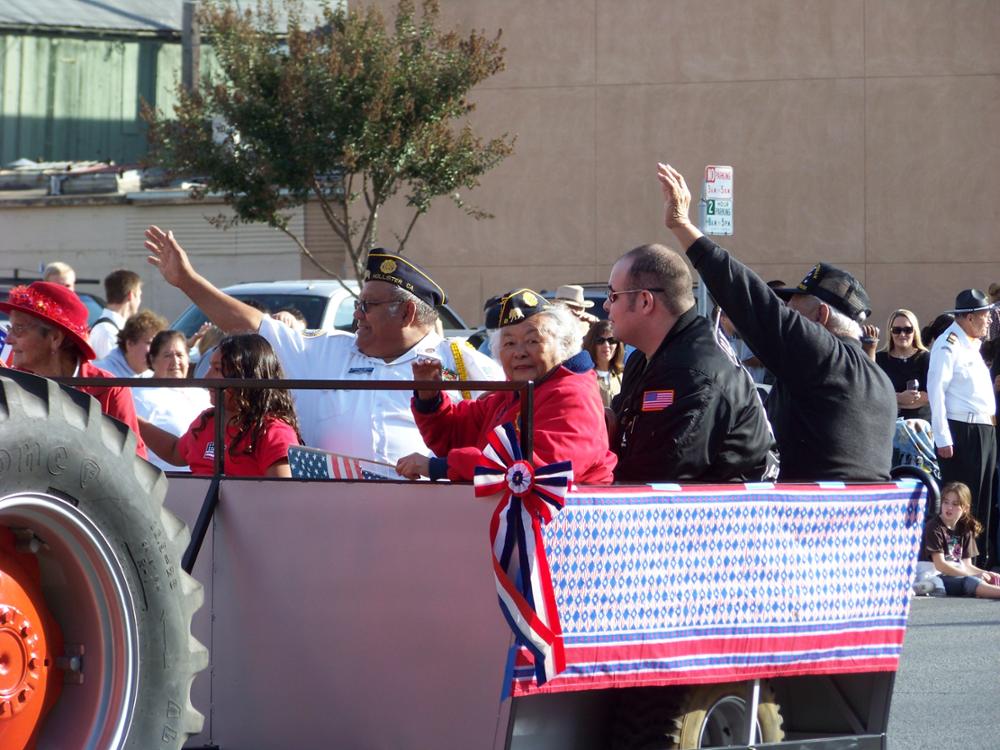 Lolita B. Pinuela, a World War II veteran who served in the Women's Army Corps and was the first female commander of American Legion San Benito Post No. 69 in Hollister, recently passed away at age 92.

Locals left remembrances of Pinuela on the funeral home website.

El Teatro Campesino founder Luis Valdez called her, "a beautiful example of American patriotism and dignity. From the day we met at Filipino Hall in Delano during the Grape Strike of 1965, she has been a hero of mine. We will miss her sweet smile, and treasure her memory in San Juan Bautista. God bless Lolita and guide her to eternal rest and resurrection with all our dearly departed."

Hollister City Councilwoman Mickie Solorio Luna and her husband, Vince, posted: "Lolita will be missed by the LULAC membership and all who knew her. She was one with so much kindness in her heart. She served on the LULAC Veterans Committee and was so helpful in the scholarship program always assuring our students went on to higher education. May she rest in peace."

Pinuela was the spouse of the late Vicente Pinuela Sr.; the mother of Vicente “BoBo” Pinuela Jr.; sister of Rose Andrino of Hughson, Calif.., aunt of Fred Pagaran and Daniel Pagaran of San Juan Bautista, Ron Andrino of Turlock, and Linda Porferl of Scotsdale, Arizona. She is survived by great-nieces and great-nephews.

Visitation at the funeral home will be on Tuesday, Nov. 22, from 2-8 p.m. with the recitation of the Rosary at 7 p.m.

A Mass of the Resurrection will begin at 10 a.m. at Mission San Juan Bautista on Wednesday, Nov. 23. Burial will follow at San Juan District Cemetery.