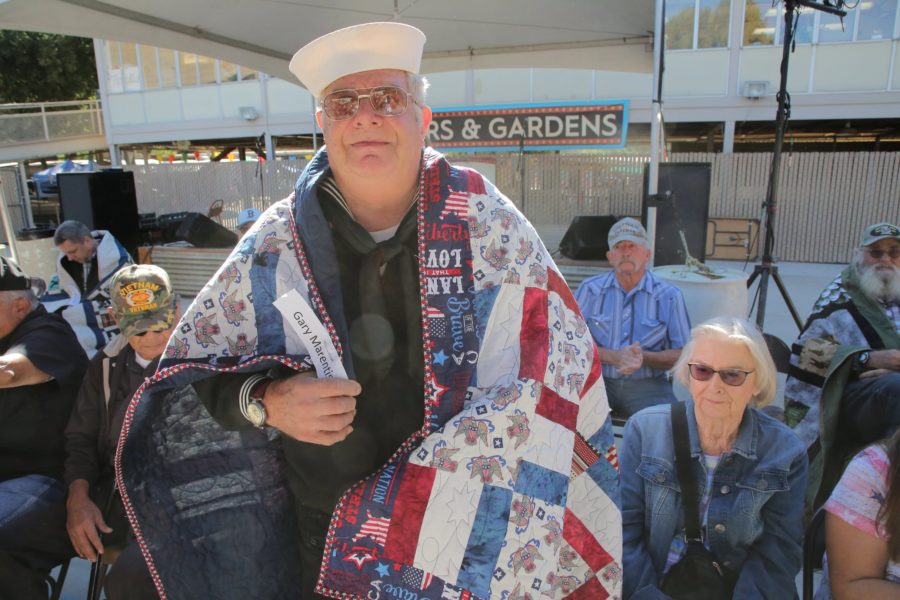 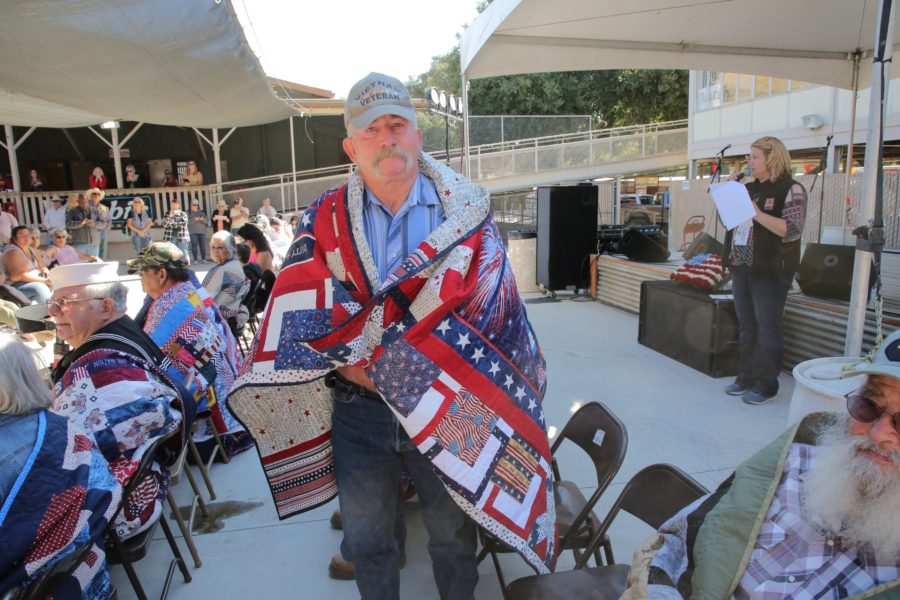 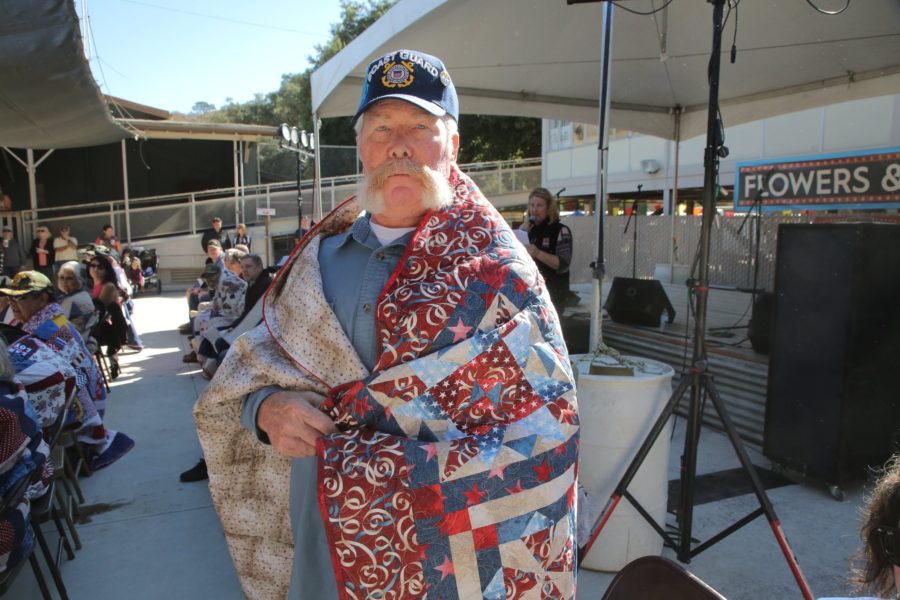 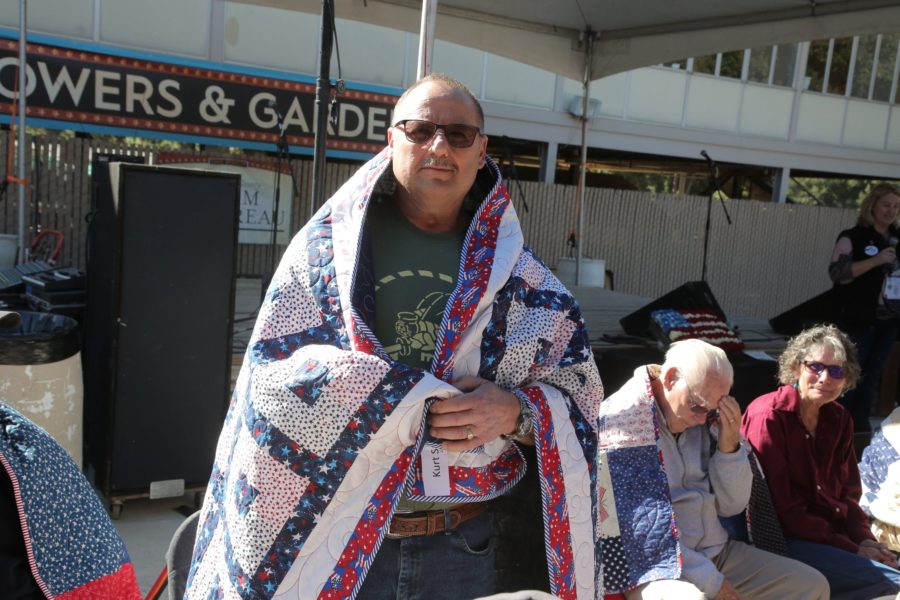 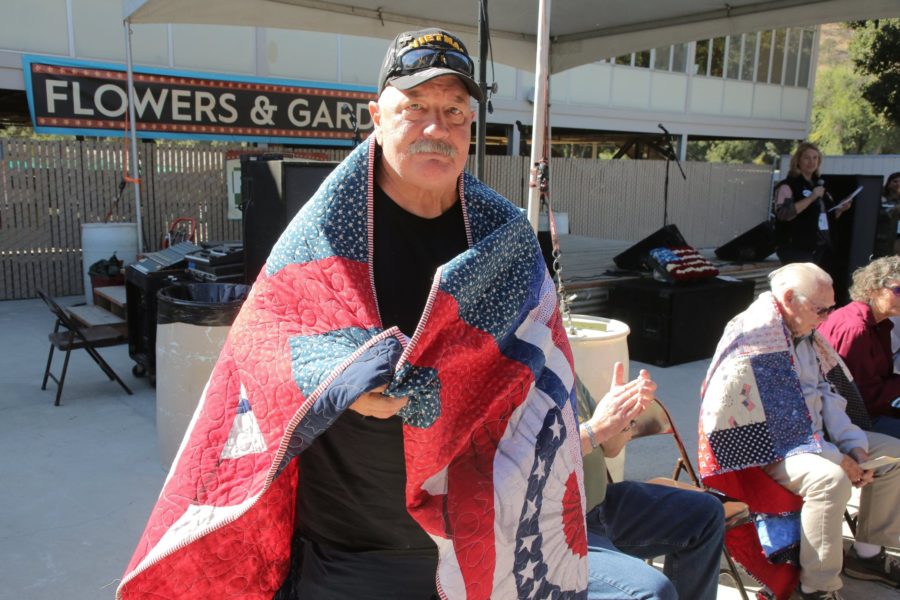 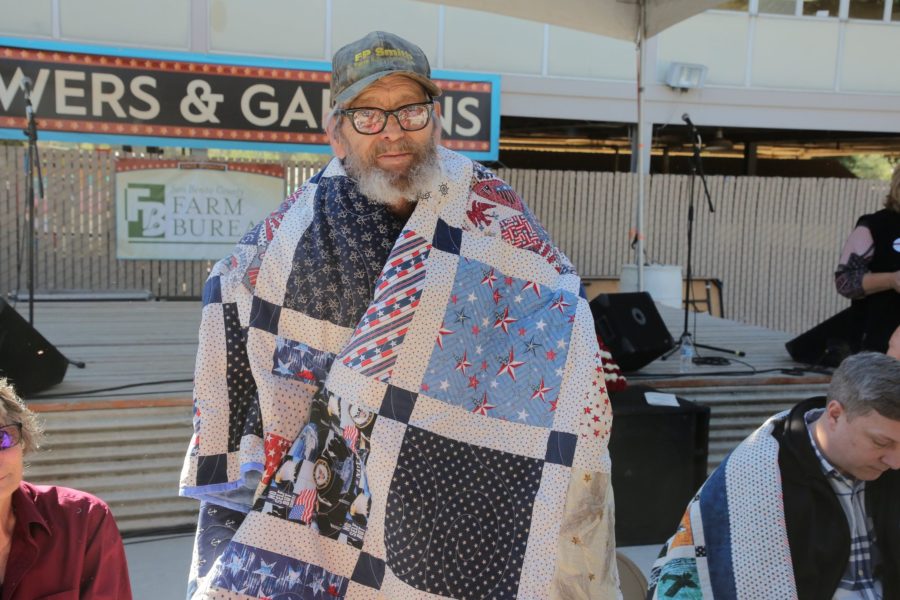 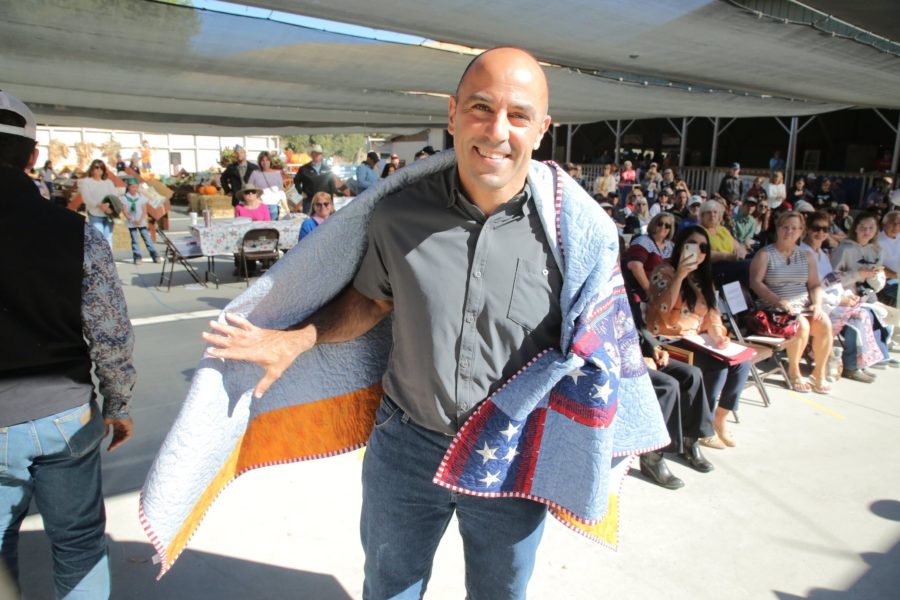 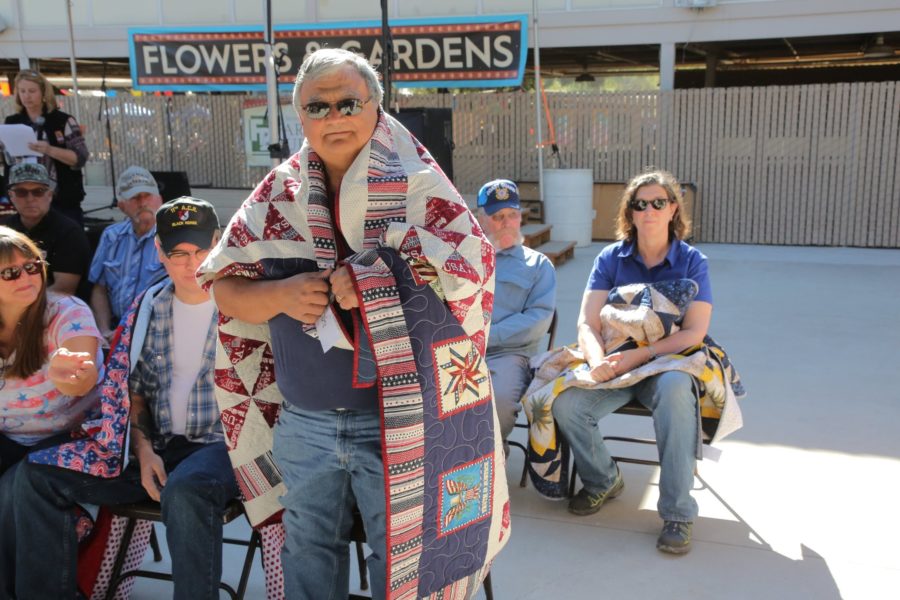 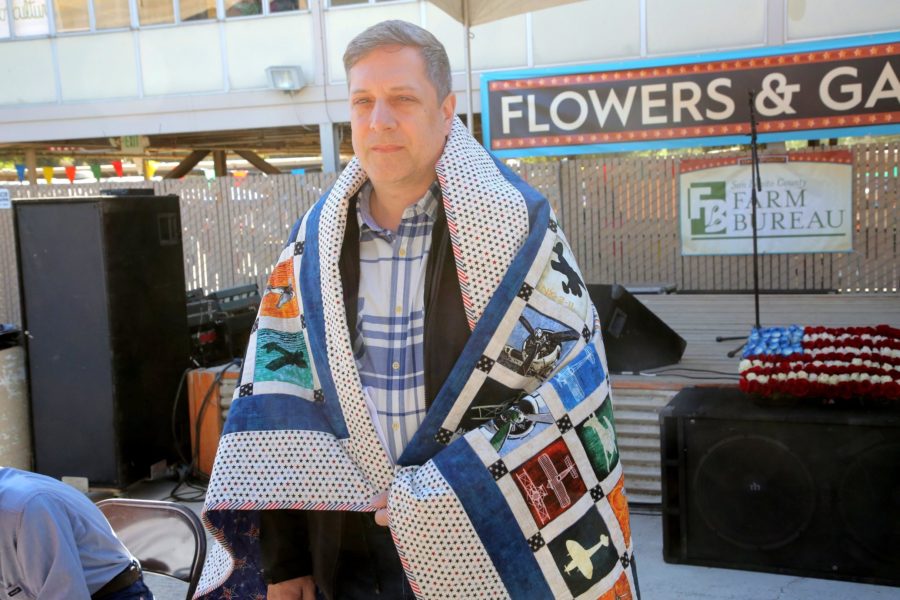 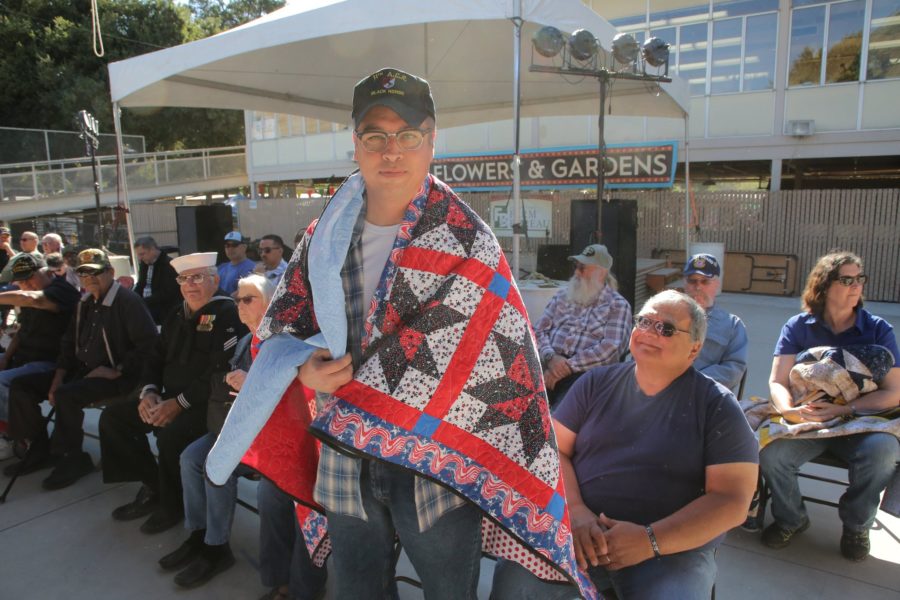 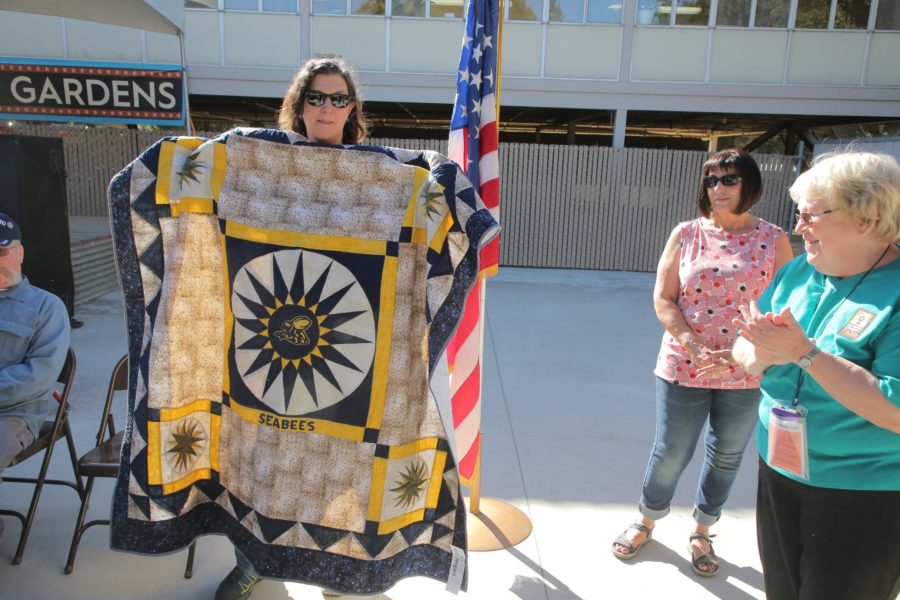 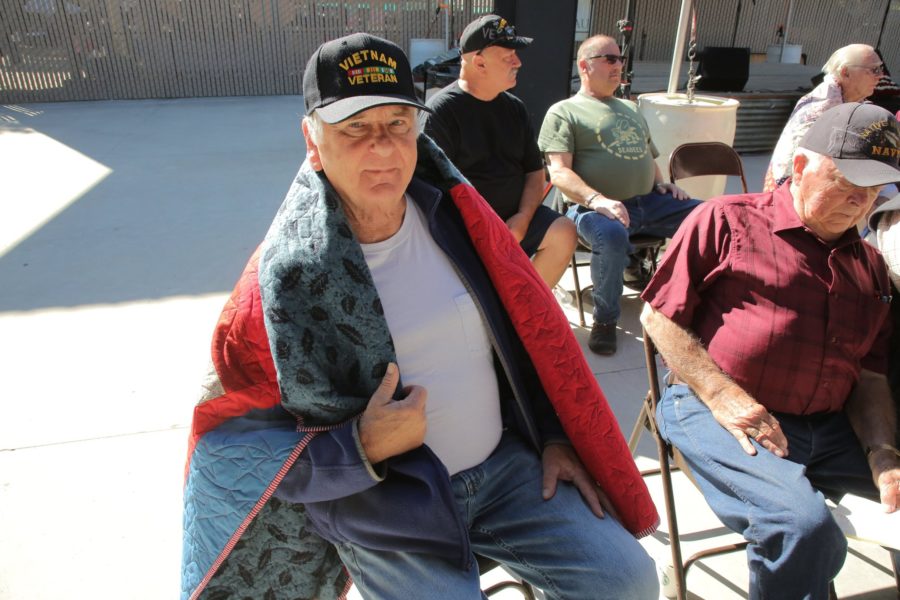 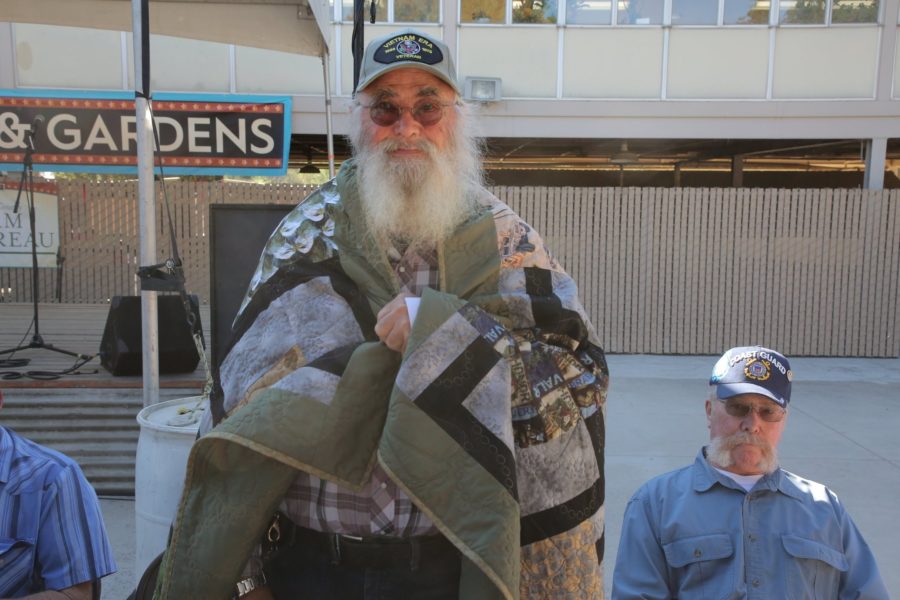 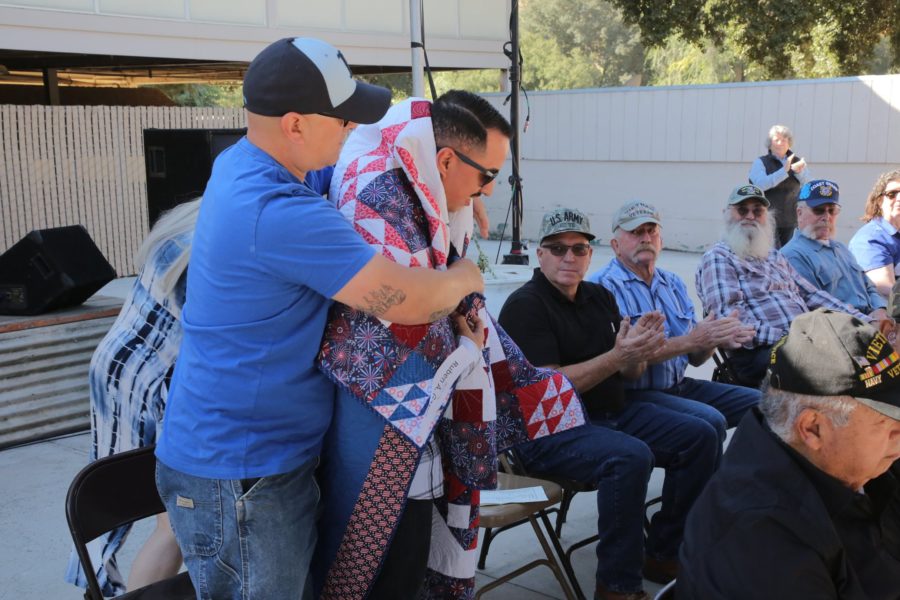 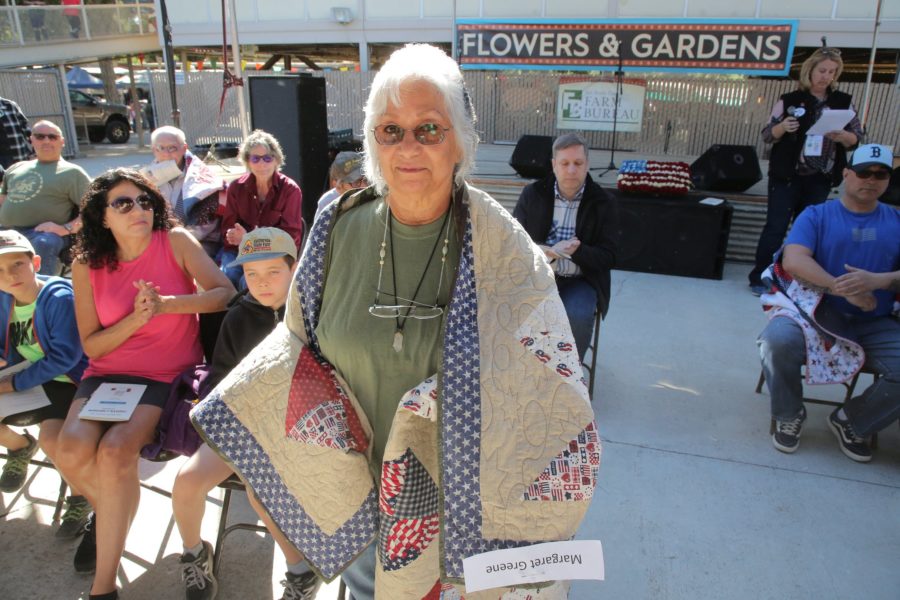 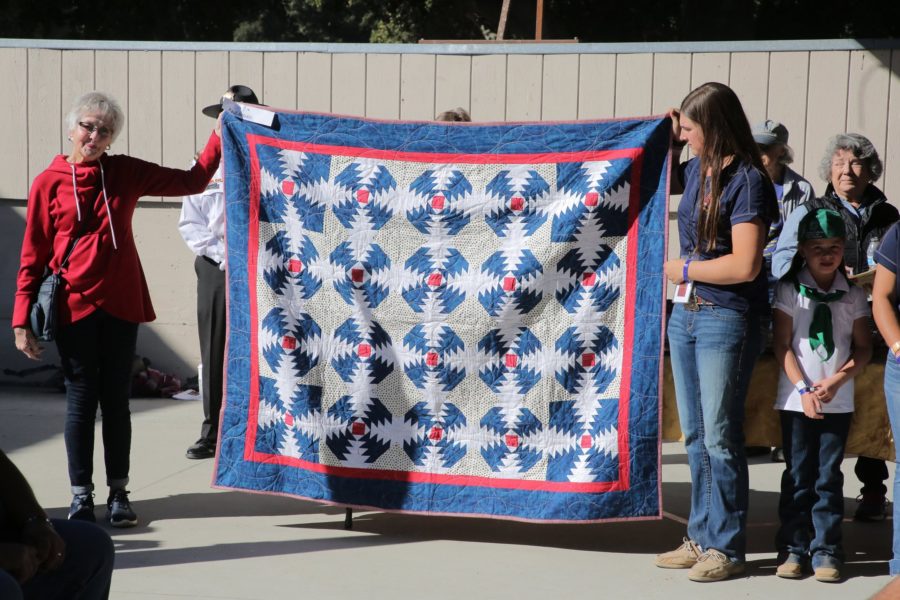 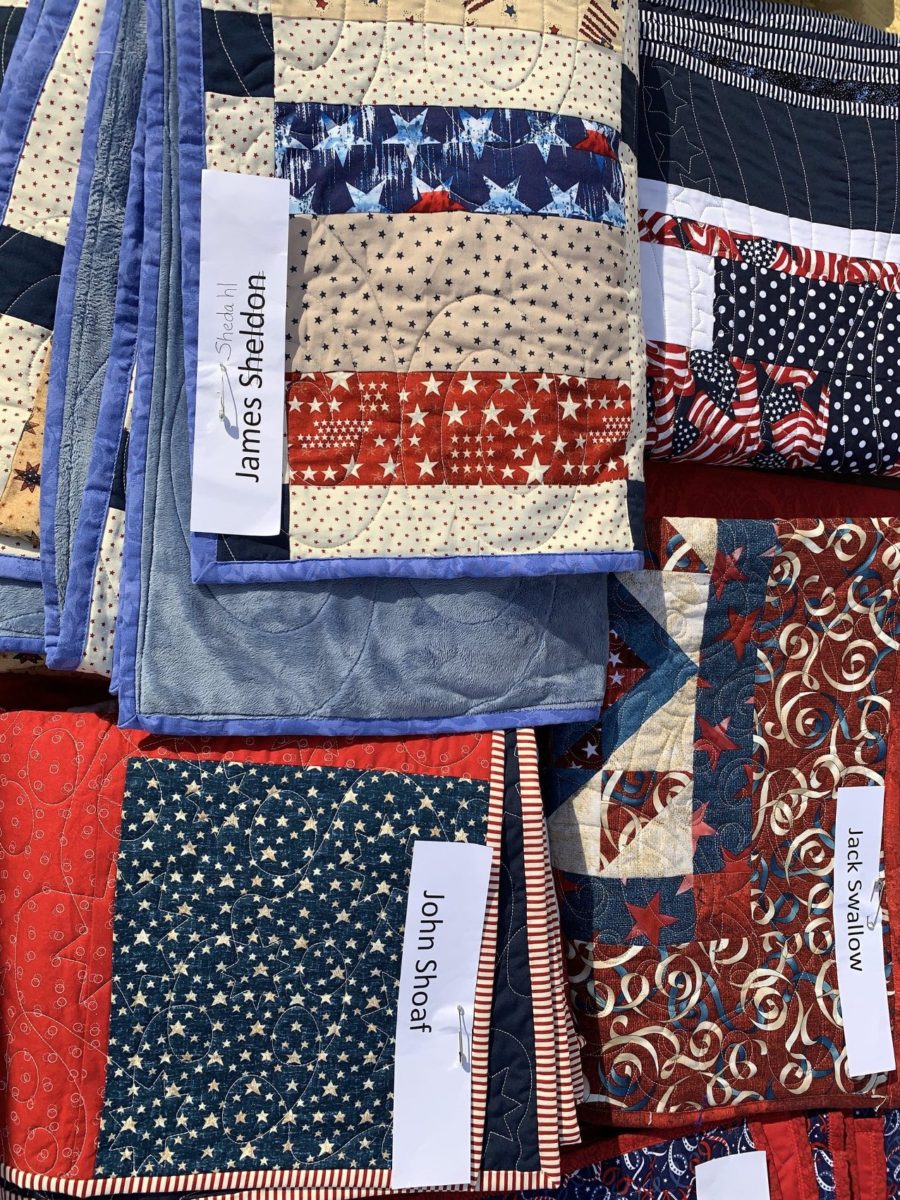 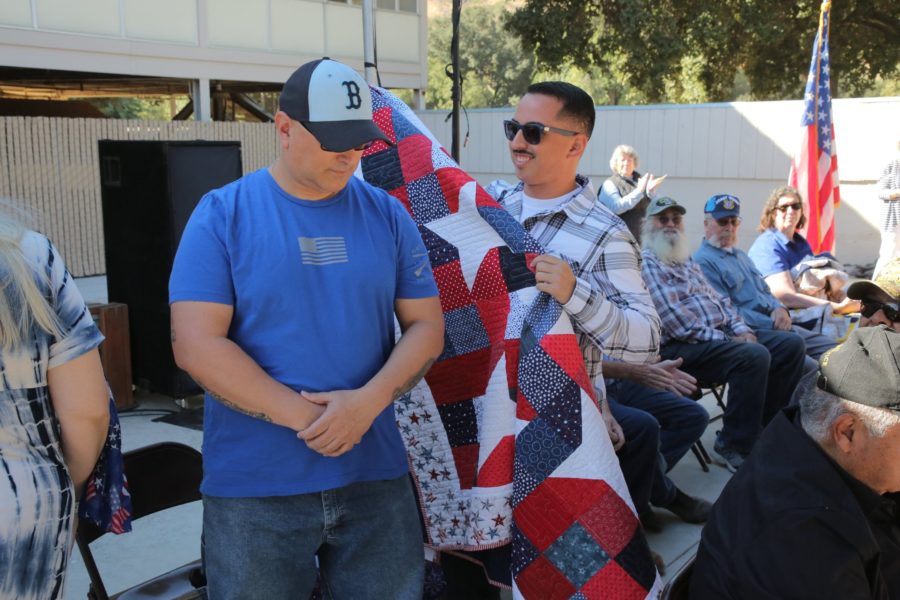 This article was contributed by local photographer Robert Eliason.

In what has become an annual tradition, the Pinnacle Quilters of San Benito County presented handmade quilts to over 30 military veterans in a ceremony Oct. 5 at the San Benito County Fair. This year, honorees included Congressman Jimmy Panetta, who volunteered for the Army and was deployed to Afghanistan during Operation Enduring Freedom.

Honorees came from every branch of the military in peace and wartime, starting with WWII veterans Norman Dike, a member of  the 1st Marine Infantry in Guam, and Anthony Peter Caputo, who served two tours in the Navy at Okinawa and Guadalcanal.

Some veterans received their quilts from a special guest or members of their family. Ruben A. Garcia, who served as a Marine in the Global War on Terrorism, was wrapped in his quilt by his father Ruben S. Garcia, who then was wrapped by his son for his service in the Gulf War and Somalia. Both men served in the 13th Expeditionary Unit.

Many veterans were honored for their service in Vietnam, including Ron Heinzel, who earned several medals such as the Army Commendation with Oak Leaf Cluster; Ronald J. Klauer, who served in the Army with the 22nd and 4th Infantry; and Daniel Pagaran, who served in the Navy on the radar escort ship USS Vance in coordination with the 1st Marine Cavalry Division.

While most of the honorees were men, two women also received quilts at the ceremony. Karen Bengard attended the Defense Language Institute to study Chinese and went on to serve both in the Army and later as a civil engineer with the Navy Seabees. Margaret Greene served in the Army as an X-ray technician through the end of Operation Desert Storm.

Other honorees included Manuel Perez, machinist mate on the USS Oriskany; Navy journalist Richard Ottoboni who served on the USS Midway; and Kurt Stricker, who served at the Amphibious Construction Battalion out of Coronado Island.