Organizations pitch in to beautify downtown. 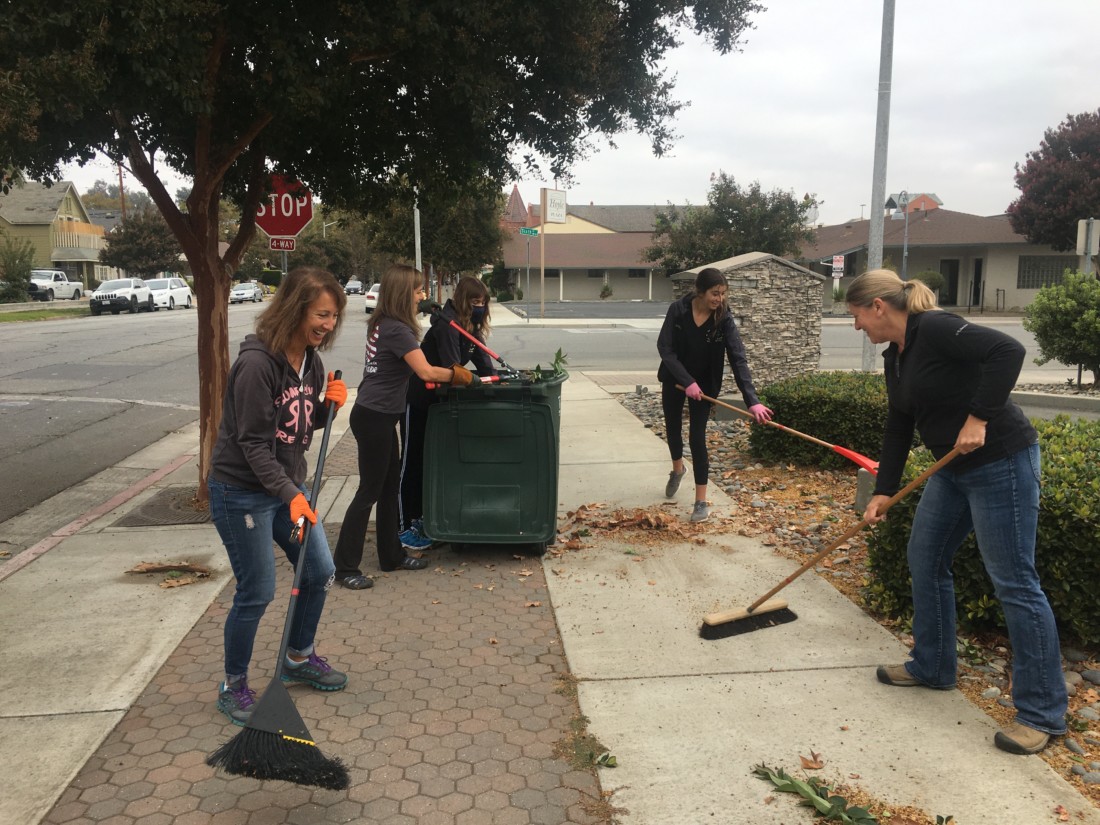 The Hollister Downtown Association’s fall cleanup on Oct. 24 came off without a hitch. The association’s usual spring cleaning was cancelled in April because of the coronavirus shutdown, but the turnout was high on Saturday morning with 68 volunteers, according to HDA Executive Director Corey Shaffer.

Normally, about 100 volunteers attend the downtown cleanups, which have taken place in both spring and fall for the last 20 years.

Jim Hart, a Key Club mentor for 30 years, said that each organization is assigned a block or two of the downtown area to clean.

“We clean up the sidewalks, if there’s weeds then we can cut those out—basically we spruce up the downtown block by block,” he said. Hart, six Key Club students, and some of the students’ friends were last seen beautifying the blocks of Monterey and San Benito streets between South and Seventh streets.

“We put the clubs on designated blocks so we don’t have a lot of intermixing, so they’re already together and kind of socially distanced,” said K.C. Shaffer, Corey’s husband.

Shaffer said the organization let volunteers know that the cleanup was COVID-safe.

“We put the signs out there, ‘six feet,’ ‘wear your masks.’ We were supplying masks and hand sanitizer. Plus, when you’re picking up garbage you’re not usually standing next to each other. The whole purpose of doing it is to spread out.”

Volunteers Mikayla Wenzlik and Samantha Slykas were two of the Sunnyslope 4-H Club’s representatives at the cleanup. They previously helped put out trash cans at the 2019 Lights On Parade, and at the cleanup last fall.

Integrated Waste Management assistant Jiane Dionisio said that the agency’s workers try to volunteer for every HDA event they can. She said that in 2020, “we just weren’t able to do outreach as much because we usually do presentations for schools also, and that had to be paused until next year.” Still, Integrated Waste Management plans to collaborate with the city of Hollister and the HDA for future events.

Shaffer agreed with Dionisio that it’s been difficult to coordinate events over the last eight months. “We always, normally, do a street festival and car show, and that unfortunately got postponed until 2021,” she said. “So did a wine and beer stroll.”

K.C. Shaffer added that the HDA’s quarterly breakfasts at Paine’s Restaurant, at which local leaders and businesspeople network and converse, have been postponed too.

Boy Scout Troop 455 cleaned up the block around the Vault and the Hollister United Methodist Church. First Class Scout Isaac Eyster has attended the cleanups since 2010, when he was a Tiger Scout.

“It’s just nice to see my town nice and clean and to see everyone happy with it being clean,” he said.