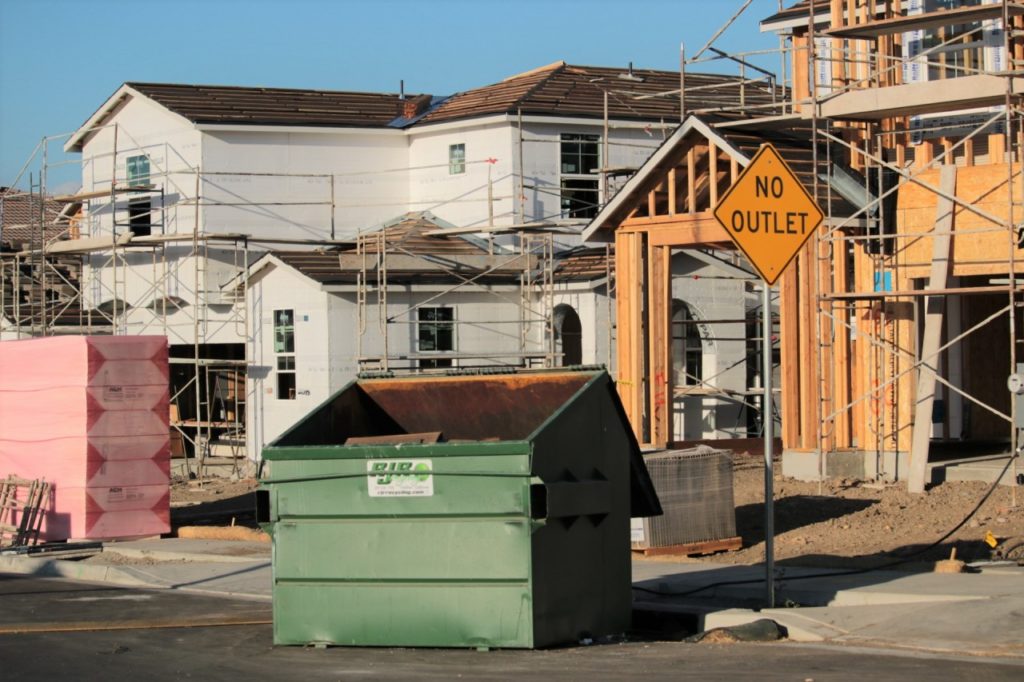 New housing units are still within the growth rate under the city's growth management plan. Photos by John Chadwell. While most San Benito County residents agree about the need for better roads and infrastructure, many are concerned over the number of new houses under construction and feel there should be a balance between new housing and the viability of the public services that support them.

At BenitoLink, we want to explore the concept of smart growth, a term that is often bandied about at city and county meetings, but means slightly different things depending on who you ask.

According to a 2002 report, “Smart Growth Strategy Regional Livability Footprint Project,” which looked at growth strategies for the nine-county Bay Area region, smart growth is defined as: “development that revitalizes central cities and older suburbs, supports and enhances public transit, promotes walking and bicycling, and preserves open spaces and agricultural lands. Smart growth seeks to revitalize the already-built environment and, to the extent necessary, to foster efficient development at the edges of the region, with the goal of creating more livable communities with sufficient housing for the region’s workforce.”

Through this article BenitoLink reached out to a few local politicians who use the phrase commonly and also asked our readers on Facebook and BenitoLink how they defined smart growth. Here is what we found:

“You’re building within your infrastructure. You don’t say, ‘Bob has a property over here, outside the [city], so let’s build there because we’re good friends.’ You plan for parks and shopping, so you’re not creating a bigger mess.”

Velazquez, who also says part of smart growth can be stopping certain types of development at the approval stage, is leading the charge to stop a mixed-use commercial and housing development at the vacant 400 block on San Benito Street.

Velazquez has said in the past that he prefers the 400 block parcel to remain open space with room for pop-up restaurants and events.

In Hollister, where new housing construction has finally picked up after the double whammy of a building moratorium followed by the economic downturn and foreclosure crisis, the city council in December passed a Growth Management Plan that caps new single-family homes to 244 annually, an amount that city residents voted for in 2002 when they passed Measure U.

There are no caps on alternative types of housing such as affordable housing, rentals and senior housing.

Each California municipality also has a housing element, and according to the state, the Hollister Housing Element is 1,316 housing units annually between 2014 and 2023.

In an email, Hollister City Councilman Jim Gillio, who has announced his candidacy for San Benito County Board of Supervisors, District 4, outlined what he considers principles of smart growth listing mixed-use commercial and residential developments. An example of this would be the proposal for the project on the 400 block of San Benito St.

Gillio said he believes smart growth includes the construction of a wide range of different housing types such as multi-family, single-story, senior and age-restricted housing, small lot single-story, and large lot—8,000 to 10,000 square-feet. This, he believes, would allow a family to expand into more appropriate housing as the family grows.

Both Velazquez and Gillio believe smart growth encourages community and stakeholder involvement in the planning process and preserves open space and agriculture.

San Benito County Supervisor Mark Medina said there is no right or wrong answer when it comes to defining smart growth and there will always be people who wish the community resembles what it was during the 1970s.

Going forward, he said smart growth is looking at bringing businesses to the community, which would increase sales tax revenues. He said sales taxes are more beneficial because property taxes on new homes only amounts to $11 on every $100, and the city only receives a few cents on the dollar.

He said the arguments for less housing and more jobs or better roads is an example of “which came first, the chicken or the egg?”

“We have to build houses and people live in these houses, so when businesses come here we can support them,” said Medina. “If you’re talking about a moratorium, no one [business] wants to come here because investors are looking at this county and saying if there’s a moratorium why would they invest.”

He said that many people who live in the county spend their money in other counties. A phenomena he refers to as “leakage.”

“The idea is to attract businesses and the way you do that is the government, whether it’s county or city, has to believe in customer service,” said Medina. “Our customers are residents and potential investors who come here to build our economy. As we build our economy we can fund our infrastructure.”

Many on Facebook have voiced their concerns about infrastructure, particularly the daily traffic jams on Highway 25. Medina feels that widening Highway 25 will only promote an even faster avenue for people who are looking for more affordable housing to come looking for it in Hollister.

Readers on the BenitoLink Facebook page gave their views on smart growth:

Robert Bernosky, who is running for San Benito County Board of Supervisors, District 4: “Smart growth is taking into account the impact said growth has and accommodating for the increase of demand of services the growth creates. More homes mean wider roads and possibly public transportation, more schools, more public safety.”

Sandy Swint, who is running for San Benito County Board of Supervisors, District 4: “I have heard many people say we are behind on growth and we need to build to get certain funding from the state. We are building way over the number we need for funding. Another problem is the impact fees that are not being collected. These fees that are being cut and waived for local developers could be going toward our infrastructure. We need to be responsible by building up our infrastructure to account for the mess that has been made already. Our schools will continue to be over-crowded and our safety departments will be overextended. We need proper, more responsible planning. It’s the same group of people running for same/different offices just recycling through our local government.”

John Noble: “It must begin with defining the goals, outcome, the end result—have a shared vision. Otherwise, nobody is, and will never be, on the same page. Garner sufficient support to move ahead, don't move first then look for support. Know [that] not everyone is going to like it, [and] be okay with that. I think it means managed, determined and planned. Methods are taken to research real costs and time effective ways to approach the various components, decisions made on what needs to be done first and well. Keep it simple, don't get wrapped around the axle trying to manage every detail—worry only about the stuff that matters."

Lisa Tracy: “I think we all know what smart growth is. Having the infrastructure already in place or there are current plans in place when growth in population rises. Our council members don’t seem to recognize or care to bring more jobs to Hollister, stores, recognize our roads are falling apart, and our schools are beyond capacity. But ya want more homes? Heck yeah we’ll approve them all! These council members need to figure it out, that’s why we hired them. And if they can’t we’ll vote them out in Nov.”

Annalisa Austin Scott: “What about requiring that every new development has a central hub, well-equipped, multi-use telecommuting office in the middle of the development that can be used by homeowners, walk to work, so not everyone leaves for work every day and is more invested in the community? If they can do fitness type things at apartments why can't this be part of housing developments. Either run by [the] development or by city for local use. Maybe by companies. Employment should tie-in with housing development somehow.”

Hollister resident, Emily Millar: “I've seen and heard all sorts of funky small town stuffs. Smart growth sounds like a great idea, but paying for it is another story. How do we balance the ridiculous amount of new homes without the health services, ambulance services, mental health services, school facilities, etc. I commute like many, but I don't have an issue with (Highway) 25, mostly because widening the middle won't fix the bottleneck at the ends. If services were offered in town, thereby increasing jobs, people wouldn't need to commute. So instead of hiring out of area builders, hire the local builders and create jobs here. Buy local instead of driving.”

Rhett Delong: “A balance between maintaining infrastructure, housing, and business. Applying balanced growth to all sources of city income instead of relying on just one.”

Mike Andersen: ”Smart Growth is the opposite of what has been done since the Slow Growth Initiative was lifted.”

BenitoLink appreciates the comments community members and elected officials shared on the topic of smart growth.