Rolan Reséndiz, Youth Alliance earn annual awards that will be presented on National Night Out by local assemblyman 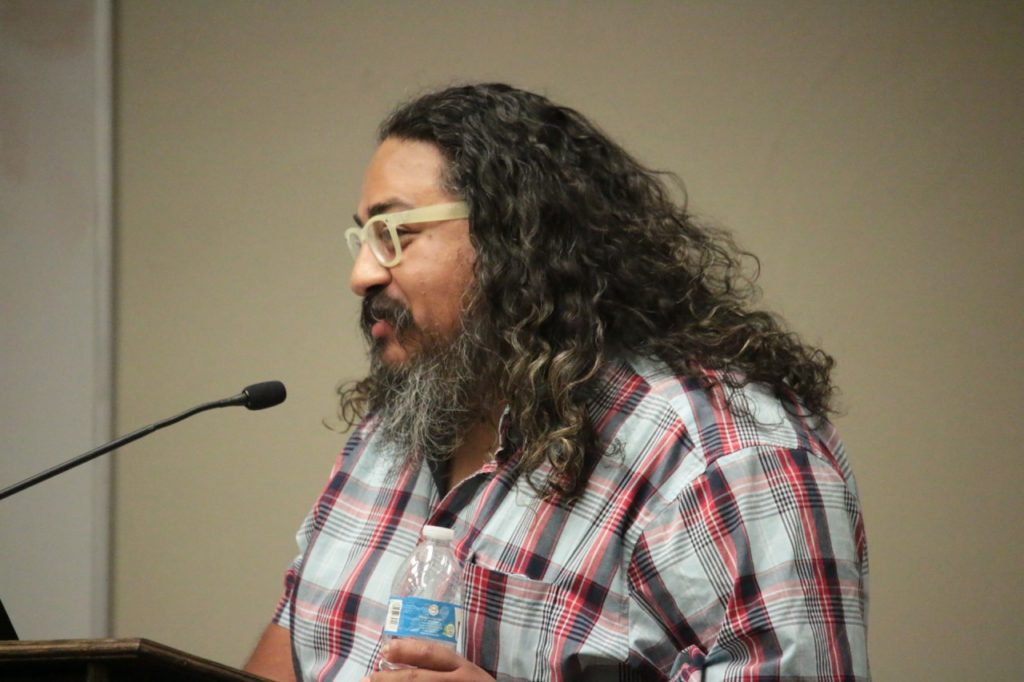 Assemblyman Luis A. Alejo (D-Salinas) this week announced recipients of the 2016 California Peace Awards for the 30th Assembly District, including Rolan Resendiz of San Benito County and the Youth Alliance, which is based in Hollister. This is the sixth year Alejo has honored peacemakers in the district he represents with these annual awards. For 2016, his final year in the Assembly, he is honoring a record nine recipients, including three nonprofit organizations. The nine recipients will be honored during National Night Out on Aug. 2.

“It is my honor to recognize these truly remarkable individuals and organizations who have made it their mission to promote peace throughout all of our communities,” Alejo said in a press release. “The commitment and dedication they have demonstrated for their communities exemplify what this award is all about. It’s everyday heroes like these who help keep our neighborhoods safe.”

Here is information about the honorees, provided by Alejo's office:

Mr. Resendiz grew up on the east side of San Jose, but has resided in Hollister since 1997. He is a graduate of Fort Hays State University with a Master’s Degree in Liberal Studies and a concentration in Public Administration. He received his Bachelors of Arts in Political Science at California State University, Stanislaus.

The Youth Alliance strives to empower youth as leaders who contribute to create thriving and equitable communities. Through comprehensive, innovative and culturally relevant services youth and their families are equipped to become change agents in their own lives and communities.

The Youth Alliance was founded in 1995. It began as a grassroots effort of committed volunteers that has now evolved into an agency benefitting more than 13,000 youth and their families each year. Youth Alliance seeks to provide a continuum of support services that includes after-school, summer and late night prevention programs, early intervention bilingual counseling services and youth support services.

Hijos Del Sol Arts Production – Salinas. Hijos Del Sol began its work as an after school program in Salinas in 1994. In order to grow, HDS became an independent business and a non-profit organization in 2015. HDS works with and advocates for community members ages 6 to adult in the fields of illustration, painting, sculpting, fabrication, writing, photography, filming and digital media navigation.

HDS’ mission is to create habitual studio/workshop spaces free of charge for practitioners in the world of image design and production creation – a place where people can self-discover and exalt their human condition.

Jay Dunn – Salinas. Mr. Dunn is a photojournalist and documentarian with an extensive résumé of original feature photo essays and multimedia with an investigative touch that he has created. At the Salinas Californian, Mr. Dunn has established a strong multimedia presence by integrating photojournalism with rich audio soundscapes. His creative multimedia projects on social justice have won a number of Gannett Co. Awards of Excellence, four awards from the California Newspaper Publishers Association and three top recognitions from the National Press Photographers Association. In partnership with the nonprofit Health and Disability Advocates (HDA), Mr. Dunn has created creative video and photography of HDA’s social outreach programs that have brought in major funding through national and state grants.

Luis xago Juárez – Salinas. Mr. Juárez is the Artistic Director of Baktun 12, an East Salinas Performing Arts company that has been in operation since 1997. Baktun 12 got its start when several community members from the neighborhood with a love for theater, music and the spoken word began performing for family and friends.

As a son of farmworkers growing in up in East Salinas, where their history was never taught in school, Mr. Juárez’s life mission has been to give voice to the incredible stories of East Salinas families. In 2009 he was awarded a California Humanities Community Stories Grant to initiate Baktun 12’s reAlisal documentary theater series to tell human stories behind the headlines about East Salinas, also known as the Alisal. Currently Mr. Juárez and Baktun 12 are working on what they call “Civic Action Teatro” using theater-based approaches to bring vital information and opportunities for action that their audiences, their East Salinas neighbors, can take part in.

Juan Lopez – Morgan Hill. Mr. Lopez was born in Arizona and raised in Los Angeles. He received a Bachelor’s Degree in Chicano Studies in 1990 from UC Berkeley and earned a law degree from Santa Clara University in 1994. Mr. Lopez served as director of the Latino Student Rights Project from 1994-95 and also worked at the Family Violence Law Center, the first male attorney hired there. He has worked in the Santa Clara County Public Defender’s Office since 1996, defending indigent clients. Mr. Lopez founded “We The People” in 2014, an organization that defends the civil rights of Morgan Hill residents and promotes multicultural events in the community. He has been a board member of the Community Agency for Resources and Services since 2015.

Sally Duran Armendariz – Gilroy. Born and raised in Gilroy, Ms. Armendariz woke up early each morning starting at age 6 to help her blind mother prepare breakfast for her father’s crew of 50 farmworkers who toiled in the fields to harvest food for families around the world. One of her earliest memories is of activists registering voters in front of El Charrito Market. She began developing her skill as an organizer at St. Mary Parish.
Through her involvement in the Young Christian Workers (YCW) she learned about working for social justice and non-violent action. Ms. Armendariz became statewide president of YCW and organized the group to make lasting social impact on local communities. She is a founding board member of the La Isla Pacifica Shelter for women and children.

Jardin Comunitario River Park – Watsonville. Jardin Comunitario River Park got its start in 2015 after Watsonville Mayor Pro Tem Karina Cervantez Alejo, who represents the neighborhood, reached out to Mesa Verde Gardens, a local nonprofit that specializes in establishing community gardens. It is located at 100 E. Front Street in Watsonville. The community garden is part of an effort to reduce violence and bring neighbors together. This is the second year local residents have been growing their own organic food for their families. The garden sits on a formerly vacant lot that residents complained had become a public safety nuisance. Because the site was formerly a parking lot, the garden consists of 27 raised beds, four by 20 feet in size, which were built with the support of Home Depot and Driscoll’s Strawberry Associates. Each box is capable of yielding an average of 30 pounds of organic produce a month during the growing season.

Graciela Vega Cendejas – Watsonville. Ms. Vegas Cendejas is currently a Dual Immersion Teacher at Alianza Charter School in Watsonville. She possesses a Multiple Subject Credential BCLAD in Spanish. Graciela is a graduate of Watsonville High School and earned a Bachelor of Arts degree from Pitzer College in Claremont. Ms. Vega Cendejas earned a Teaching Credential and a Master of Arts degree in Education from CSU Monterey Bay.

Graciela was awarded the AMAE Association of Mexican-American Educators Teacher of the Year Award in 2011. She is a volunteer for a number of nonprofit organizations, including Tonatiuh, Hijos del Sol, Activities for All, Abriendo Caminos II, Estrellas de Esperanza Ballet Folkloric, Sagrado Corazón de Jesus, the Pajaro Valley Arts Council, Migrant Youth Camp Program and the Penny Club.