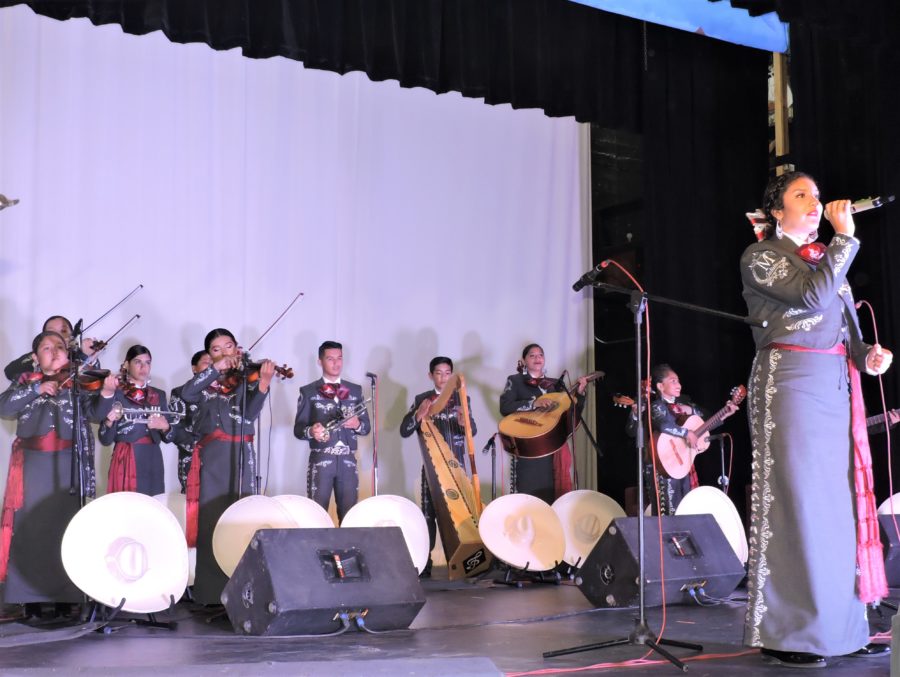 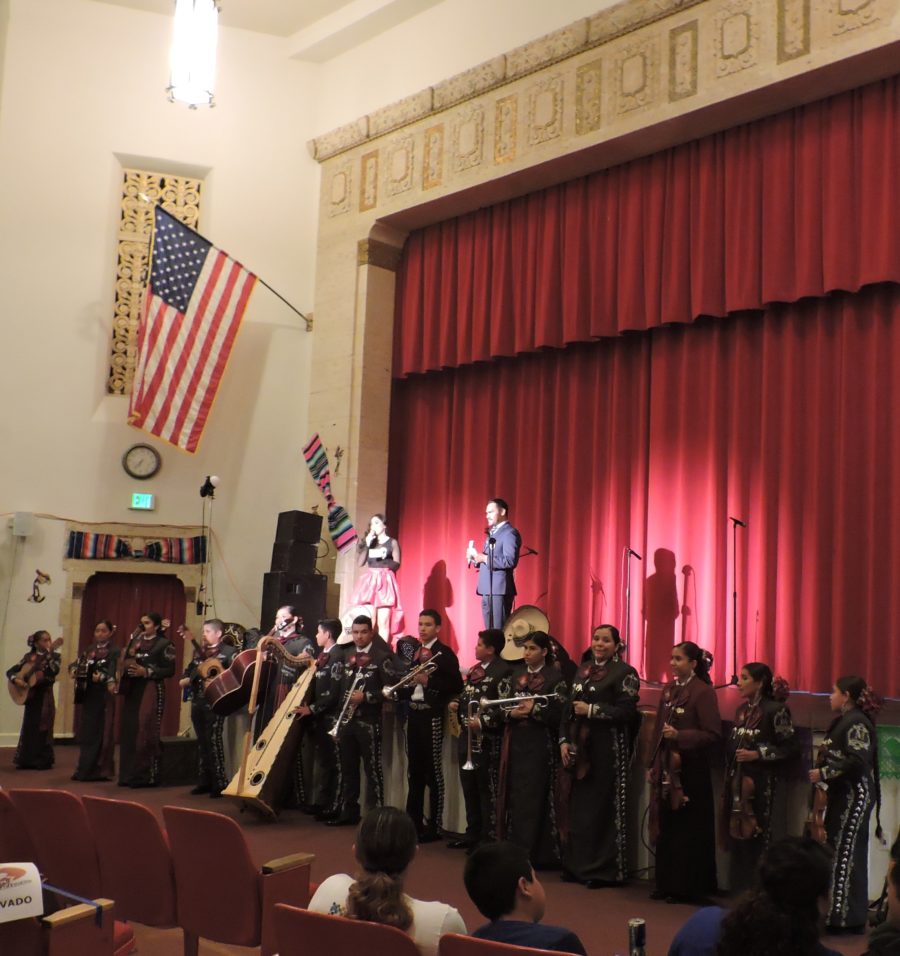 The band stands in front of the stage for a final bow. 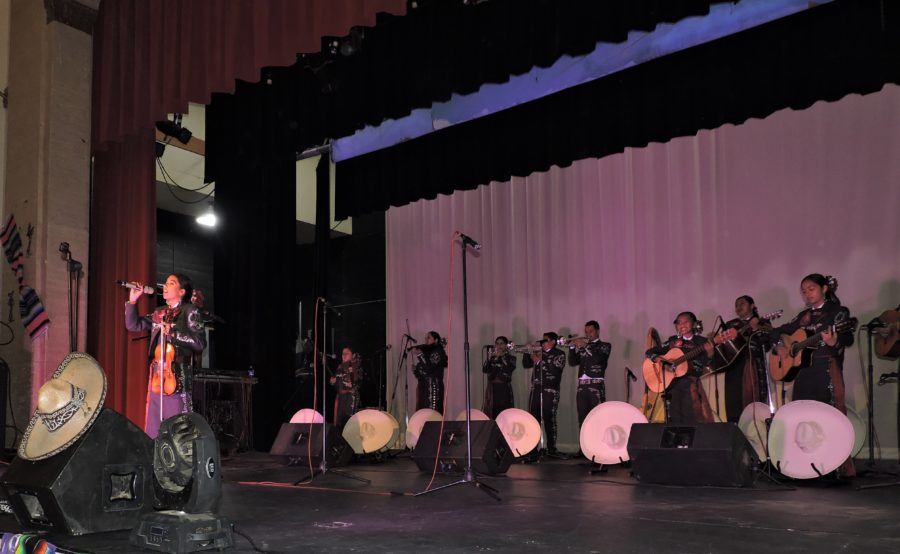 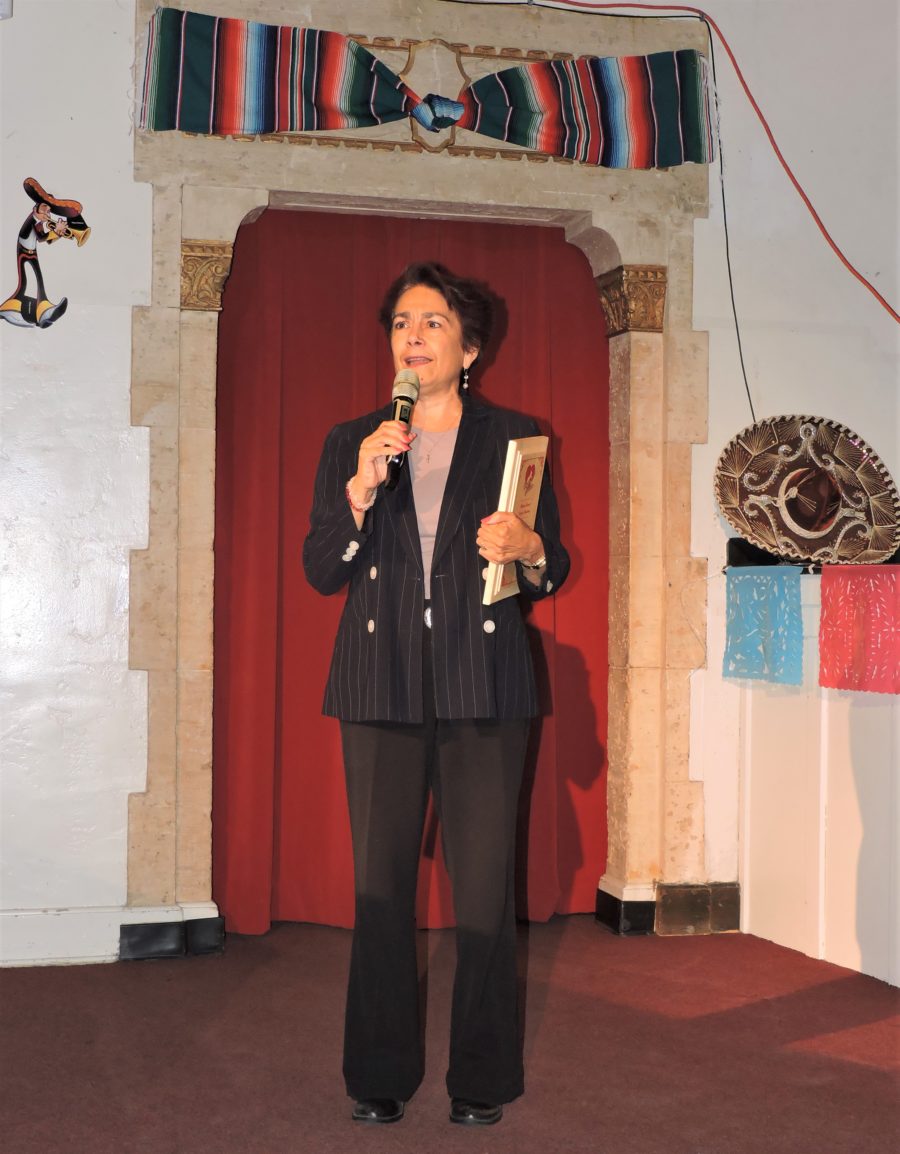 State Senator Anna Caballero accepts the honorable mention award from Mariachi Juvenil Corazón. Caballero helped the band gain a spot at the 2019 California State Fair, where only 10 mariachi groups were chosen to perform.
×

Trumpets, guitars, violins and even a harp took center stage at the “Un Regalo Del Corazón II” show on Nov. 10 at the San Benito High School auditorium. Each instrument was played by a member of Mariachi Juvenil Corazón Jalisciense, a band of musicians ages 8-17.

“The best part is watching our kids and the enthusiasm they have for the music,” Santiago Ramirez said. Ramirez’s daughter Andrea, 15, is a violinist, and his son Santiago, 13, is a member of the rhythm section.

The concert was an opportunity for the youth to showcase their skills, while raising funds for Mariachi Juvenil Corazón Jalisciense through ticket and traditional Mexican food sales in the lobby. The group requested that ticket holders submit new, unwrapped toys to be gathered and donated for KSBW TV’s annual Share Your Holiday drive. The event is televised live and co-hosted with Heritage Bank in Hollister.

Mariachi Juvenil Corazón has been together since 2015. Members first came to know each other at the Academia Alma de Mexico in Gilroy. Since most of the families lived in Hollister and commuted to Gilroy for the same reason, the parents organized to form a local youth mariachi group.

“We all meet for classes three times a week, Mondays, Tuesdays, and Thursdays for a total of six hours per week at a Hollister ranch on Union Road,” Ramirez said.

Josefina Gonzalez’s son Aaron, 14, plays the trumpet, while daughter Priscila, 12, plays the violin. Priscila was accompanied by the group when she sang “Me Gustas Mucho” by Mexican singer-songwriter Juan Gabriel, a song which debuted in 1978. The enthusiastic mariachi band accompanied other singing performances of well-known songs, including “Ella” written in 1942 by Mexican singer-songwriter Jose Alfredo Jimenez.

“Since my children became involved in this group they have the ability to speak in public,” Gonzalez said.

State Senator Anna Caballero attended the Sunday performance and was recognized for helping Mariachi Juvenal Corazón gain a spot at the 2019 California State Fair, where only 10 mariachi groups were chosen to perform.

“The students showed real poise in Sacramento,” Caballero said. “The leadership skills on display here tonight are the group members’ individual abilities to be able to take the mic and lead.”

Having played in a musical marching band herself, Caballero said, “The experience is invaluable…the discipline and focus on keeping count. [Mariachi Juvenil Corazón is] teaching musical skills and leadership skills from the perspective of tradition. It is very close to my heart to hear some of these songs. I even get emotional when I think of family members that I used to sit and sing these songs with and are no longer here with us. It’s wonderful to keep these traditions going that highlight and showcase Mexican culture.”