Representatives speak at SBHS meeting over use of Andy Hardin Stadium. 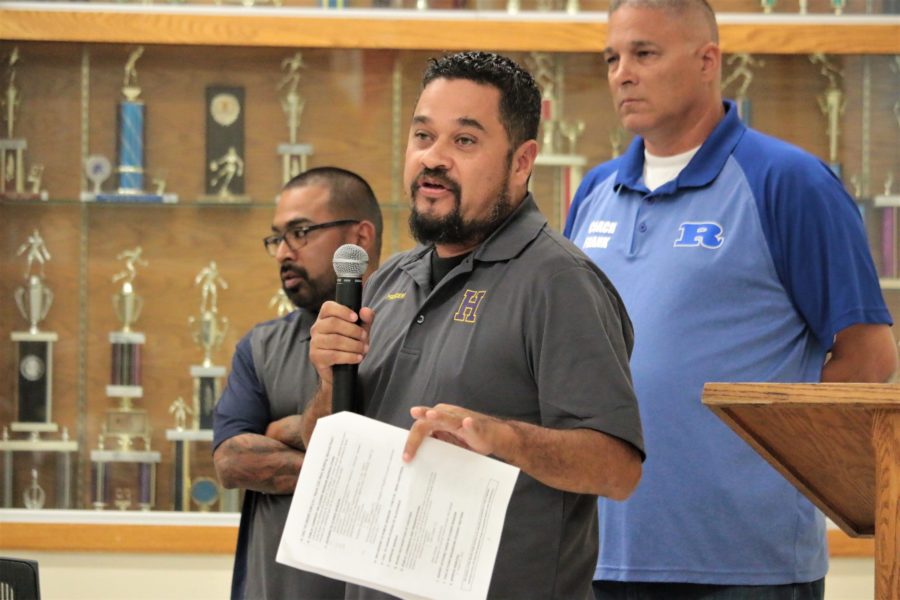 Some of the kids in local youth sports leagues have had to play home games in Gilroy or Morgan Hill because of the lack of a home field to play on.
×

Update: Adam Breen, communications manager for SBHS, told Benitolink on Sept. 18 that a short-term agreement was reached on Sept. 11 with the Pop Warner League, and the Hollister Rebels and Vikings youth football organizations to allow them to use Andy Hardin Stadium. The Rebels used the field on Sept. 14, and will continue to play there on Saturdays, while the Vikings can use it on Sundays. He said the Cowboys also reached an agreement, but did not give specifics.

Representatives from local youth sports leagues voiced concerns over using Andy Hardin Stadium at the Sept. 10 San Benito High School Board of Trustees meeting. Superintendent Shawn Tennenbaum said the current use policy will be revised and that he plans to bring it back to the board once the facility use fee schedule is finalized.

“We’re running around trying to find a place to play,” said Albert Rodriguez with the Hollister Vikings Youth Football organization. “I’m calling Gilroy and Morgan Hill to see where we can play because I don’t have a good home field.”

Rodriguez said it was unclear whether the league can use the school’s football field, which is an issue because game schedules are set months in advance. He said the league had already missed one game. Gilroy welcomed the league to play at Christopher High School, but Rodriguez said he would rather play home games on a local field and that the league wants to work with the school.

“We need to do something now,” he said, as nearly two dozen youth football players stood along a wall. “We’ve got games coming up and kids waiting for some place to play. We’re just asking for you to help us find a place to play.”

Veronica Amescua, a cheer team mom with Tri-County Rebels Peewee Football, said communication with San Benito High School has been unclear regarding whether they can use the facilities.

“Football brings in people from other counties who eat at our restaurants and stop at our local gas stations,” Amescua said. “Our Hollister families supported Measures U and G, and as advertised, Measure U, along with state matching funds, was approved for the new field. Now you’re shutting out the same families who gave you support for the use of that field.”

She pointed out that San Benito Aquatics is able to rent the new pool, and asked why football was being excluded.

“We currently do not have a field to use, and home games outside of Hollister is a burden for some of our families,” Amescua said. “Football keeps kids active and off the streets. I’d like to remind you that all of our kids are going to grow up and play on this field in high school, so give them a chance to fall in love with football on the same field they will play Friday nights for San Benito High School.”

Amescua told BenitoLink on Sept. 17 that the relationship between the high school and Tri-County Rebels has been a positive one, and that they have worked closely since the board meeting to come up with a solution to use the fields.

“We are continuing to work together to form a plan for future use of the high school field,” she said.

According to a written statement from the high school released after the meeting, officials plan to do a walkthrough of the stadium with each group prior to weekend games, with plans to meet them again to determine how the arrangements would work. Tennenbaum said the goal is to have the youth football teams use the stadium for games throughout the season, as the groups work with the district on reaching a long-term agreement.

“The district is pleased to be able to work with local youth sports organizations on the use of campus facilities as we have done with San Benito Stage Company, San Benito Aquatics, Hollister National Junior Basketball, the Razorbacks wrestling program and others,” Tennenbaum said in the statement. “The ultimate goal is for youth groups to work with the district for the benefit of all youth in our community.”

Janna Esparza, president of the Hollister Little League, spoke at the meeting and said that those going before the board all represented nonprofit sports leagues.

“As a nonprofit you have to have a field, but the communication that came out is that you’re reviewing the agreements,” she said. “When you do that it puts us at risk. If you don’t have a field, you fold.”

She said nonprofits understood that before construction began on the new sports facilities they would be able to use the fields, but recent communications have started rumors that might not happen.

“The bottom line is if we don’t have a place to play, we don’t play at all,” Esparza said. “A lot of these kids don’t have the same opportunities that others may have.” 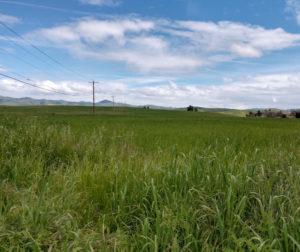 Residents discuss what they want to see at Fairview Corners. 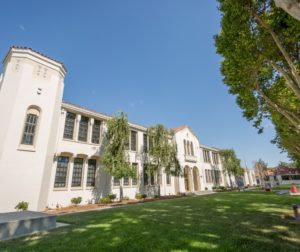