South county residents may be surprised when the Amgen Bicycle Race comes through late morning Tuesday May 15. 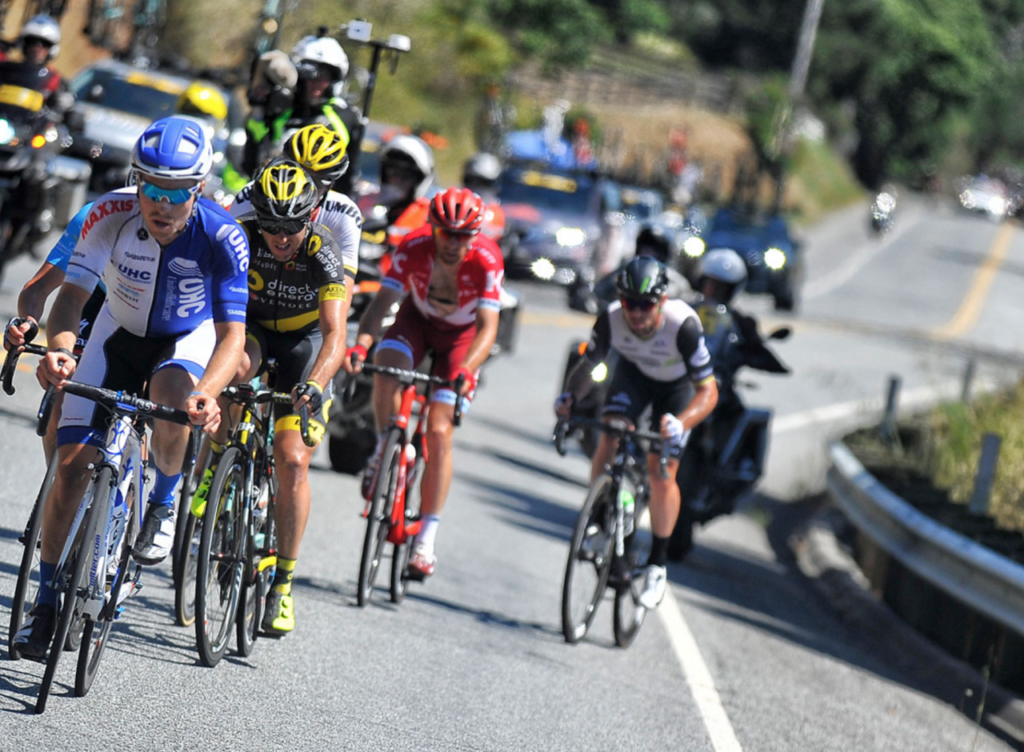 While San Benito south county ranchers are busy gathering and loading their cattle into trucks, a rush of cyclists may upset their quiet pace and stop traffic for several hours Tuesday, May 15.

There have been no road warnings from Caltrans about the event, but it is safe to assume that traffic will be disturbed for at least a couple of hours both prior to and after the bikes pass. San Benito County Sheriff's office was unable to provide any information on traffic control. The start-time is 10:20 a.m. in King City and road closure should be expected at least an hour earlier.

The Amgen men's bike race, a race that is on par with the famous Tour de France, will be cutting a short loop into San Benito County.

"Amgen Tour of California is a Tour de France-style cycling road race created and presented by AEG that challenges the world’s top professional cycling teams to compete along a demanding course that traverses hundreds of miles of California’s iconic highways, byways and coastlines each spring," says the Amgen website.

The AMGEN website explains that it is a men's only race:

"Amgen Tour of California is an annual professional cycling event that is the only men’s cycling event in the U.S. on the UCI World Tour calendar and attracts some of the most renowned cyclists and teams in the world. The seven-day Men's stage race will begin the 2018 race in Long Beach and conclude in Sacramento, covering more than 600 miles, this will be the third time in the event’s 13 year history that the peloton will travel from south to north in the Golden State."

King City will be a host city for the first time. The website says the race will bring attention to "this small farming town".

"The area is a thriving agricultural region made famous by the writings of John Steinbeck," according to the race information provided.

The Amgen website explains the course for Stage 3, which occurs in the King City area:

"Race newbie King City starts Stage 3 of the 2018 Amgen Tour of California. Like an eager host, however, King City welcomes the peloton not once, but twice throughout the day. The Tour departs town and races south along legendary Highway 101 before turning out of the Salinas Valley at San Lucas. If riders were looking for a relaxed day of racing after Gibraltar Road, they need to keep searching. The day features six KOMs over 123 miles and 8,300 feet of elevation gain.

Two of these climbs occur within the first fifty miles before re-entering King City and heading north. In fact, King City presents a unique opportunity to see two portions of the race while still leaving time to explore this California farming town made famous by the illustrious John Steinbeck. First, sample some of King City's authentic Mexican taquerias once the race starts. Several are located in downtown, so sample a few before declaring a winner. With bellies full and feet rested, head east on Broadway, taking solace that the one mile walk to the next destination is flat compared with the peloton's hilly fifty miles sojourn to the same spot. Our objective is the sharp 60-degree turn from Bitterwater Road onto Airport Road. Passing warehouses and an endless sea of crops, one can almost imagine the timeless figures and features in Steinbeck's novels like East of Eden. Interested in learning more about the Salinas Valley's famed agricultural legacy? Kids love walking back in time at the Agricultural and Rural Life Museum across town on the flood plains of the Salinas River, a nice stopover before heading north to Stage 4."