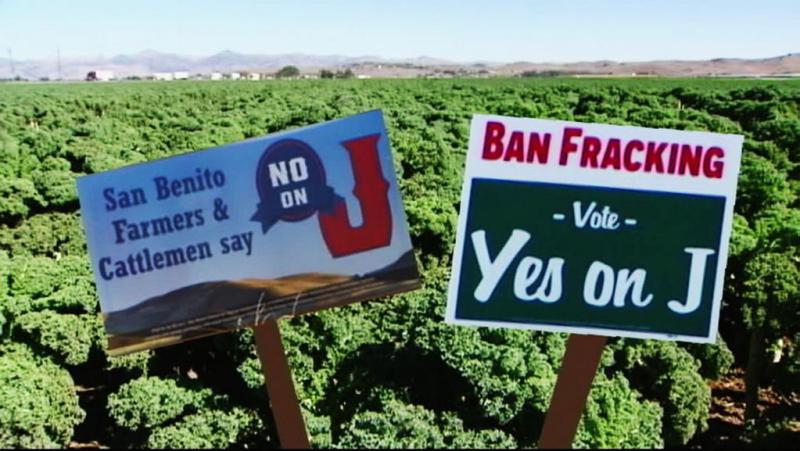 The after-midnight posting of San Benito County election results showed Measure J — which would limit certain gas and oil extraction measures in San Benito County — was heading toward victory, leading 57 percent to 43 percent, a trend that held since initial results came out.

The controversial measure, which has sparked heated debate in the months since the county Board of Supervisors announced it would let voters decide the issue, has received statewide attention this election cycle. It is viewed as a potential bellweather issue that, if passed, could lead to similar measures in other counties. Oil companies have pumped nearly $2 million into the campaign to defeate Measure J.

Andy Hsia-Coron of San Benito Rising, which led the Yes on J effort, said at 10:30 p.m. on election night that "whatever happens, this has been the most engaging campaign that's happened (locally) in decades." While he wasn't ready to claim victory for Measure J, he said he wasn't surprised by the amount of support it received. "I had predicted 58 percent" support," he said. "We certainly saw strong support in the community as we knocked on hundreds of doors and talked to thousands of people."

Hsia-Coron said the Yes on J campaign shrugged off the "onslaught" of TV commercials and mailers funded by nearly $2 million in donations from the oil industry. Asked about No on J supporters' contention that passage of the measure will lead to expensive legal challenges for the county, Hsia-Coron said "that could very well happen, but that's the choice of the oil industry whether they challenge the will of the community or not. You can be sued for anything. They can sue, but that doesn't mean they have a leg to stand on. Hopefully we'll be able to raise the resources to do a good defense."

He said the oil industry "should be ashamed of themselves for ignoring the will of the people" if they decide to sue to overturn the measure.

"The larger issue is how we move forward in this community and take the energy from this campaign and moving toward a more inclusive future," Hsai-Coron said.

No on J spokeswoman Kristina Chavez-Wyatt said opponents of the measure were not ready to concede, though she said they are "very concerned that this measure will have detrimental implications." She thanked the community leaders that formed the opposition, including the San Benito County Farm Bureau, the local Cattlemen's Association and the former editorial board of the Hollister Free Lance.

"There's still a lot of votes to be counted," she said as election night neared midnight. "We've held out hope that truth and good science prevails. She called Measure J "overreaching" and said using the threat of hydraulic fracturing — or "fracking" — as a centerpiece of the Yes on J movement "was putting fear into people" through "activists who tried to impose their agenda on our community."