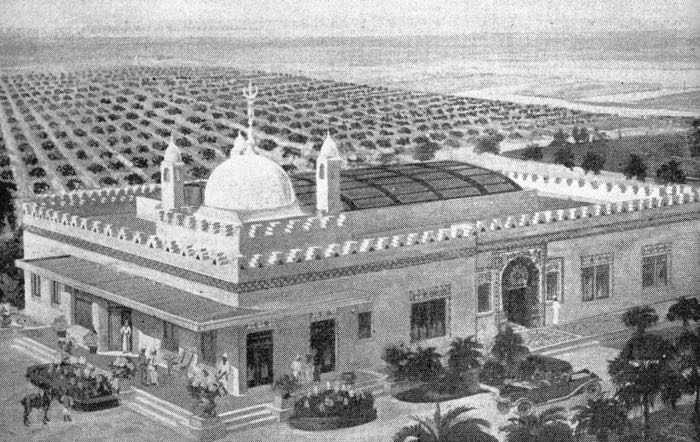 San Benito County is fortunate to have some great examples of old yet innovative architecture still intact today. One of the architects behind that work is Frank Delos Wolfe, a nationally-known San Jose architect who practiced his profession between 1888 and 1926. Wolfe buildings are recognized for both "livability" and style.

Several years ago, architectural historian Krista Van Laan came to San Benito County in search of Wolfe designs. She was working on a book and wondered what she would find still standing. “When I came out to start looking for Wolfe's work in Hollister, and I saw so much work by William Weeks, who was also a very important architect of the time and other beautiful, beautiful buildings (Weeks designed the old Hazel Hawkins Hospital), it was really surprising. Hollister has absolutely gorgeous architecture,” she said in a recent interview.

Her fascination with Wolfe started when Van Laan bought a rare Prairie-style home designed by him. She had no idea at the time that the purchase would change the direction of her life. Today, Van Laan is the foremost expert on the architect and through her lectures and publications, has helped revive interest in Wolfe’s prolific career. She is part of a historic preservation group that gives Wolfe tours in San Jose and Santa Clara area. In 2012, more than 800 people took a tour to see his homes and commercial buildings. Van Laan will present “Modern Architecture in San Benito County –100 years ago” on April 21 at Ridgemark Golf and Country Club. The event is sponsored by the San Benito County CattleWomen.

In her recent book, California Prairie Architecture; Frank Delos Wolfe, Van Laan documented and photographed some of Wolfe’s San Benito County projects. One of the first Wolfe houses built in Hollister was for George and Gertrude Wapple. The substantial structure holds its position on Fifth Street, dwarfing the humble county library next door. The Wapple home, now the San Benito County Historical Museum, would have been considered an unconventional design when it was constructed. Van Laan said, "There were  big square pillars and horizontal lines and some of the other features that we saw later where he really started embracing the Prairie style."

Her research also brings Van Laan closer to the families and individuals who chose Wolfe. One of them was Hollister resident Gertrude Wapple, “She was married to George Wapple, the pharmacist, and was a graduate of San Jose State (then known as the San Jose Normal School).”  According to Van Laan, in the early part of the 20th Century, people more commonly had a high regard for fine architecture and strove for a unique look in their building projects. Van Laan said, “She came back to Hollister from San Jose and she was obviously familiar with the work of Wolfe & McKenzie and hired them to do what they were known for at the time, designing very beautiful, unusual homes."

But Wolfe put his own twist on everything. “He (Wolfe) and his architectural partner at the time, Charles McKenzie, would mix unusual styles and elements together to come up with something that can't even be compartmentalized,” Van Laan explained. “The stuff that they did is so unique and so unusual that you can't say, ‘Oh this is a colonial revival’ or anything, they're just, these are Wolfe and McKenzie's. Nobody has ever seen any other houses like them.”

In the teens and 20s, as Van Laan put it, “When San Jose and some of these other towns were being built up, architecture was important to the people. They built residence parks, where, unlike in later developments where every house looked more or less the same, the homeowner were required to hire an architect and build a quality home."

In 1912, Wolfe was commissioned by the McCloskeys to build their prairie-style home in downtown Hollister. It is still edgy today. “Thomas and Mary were an elderly couple who don't seem to be the typical couple you would expect to be getting this really striking, modern, unusual prairie house, except that Thomas McCloskey was the father of Gertrude Wapple,” Van Laan said. Learning about Wolfe and his clients is a glimpse into San Benito County history through the individuals who chose his unique style. Some were high profile and flamboyant, others were just ready for a fresh approach. This era of innovation and exploration is the San Benito architecture we enjoy today.

In his lifetime, Wolfe would build many bungalows, simple-family homes, even log cabins. So far, Van Laan has identified more than 1,000 Wolfe-designed buildings. He continued to innovate and explore other architectural styles throughout his career.

By sifting through historical architecture magazines and local newspapers, Van Laan uncovered lesser known Wolfe projects in the rural parts of San Benito County like the old Tres Pinos School, now a residence. Another favorite of Van Laan's are the very original structures designed for Kingsley “King” Macomber at the Paicines Ranch. While learning about this unusual project, Van Laan made one of her most satisfying discoveries, a rare photograph of Frank Wolfe and the local crew who built it all. “It's a big photograph of the whole gang, about 12 of them, and Wolfe is sitting there in a fancy suit, with a very dirty little girl on his lap and he's looking really happy. Everybody looks as if they really enjoyed working on this project,” she said. Despite his notoriety, it is one of the few photographs of Wolfe to be found.

Van Laan is currently working on her second book about Frank Delos Wolfe.  She will be the guest speaker at an upcoming presentation entitled “Modern Architecture in San Benito County, 100 years ago," sponsored by the San Benito County CattleWomen on Thursday, April 21 at Ridgemark Golf and Country Club. Tickets are available through CattleWomen. To learn more, contact Martha Tobias at (831) 801-8789, or email [email protected]