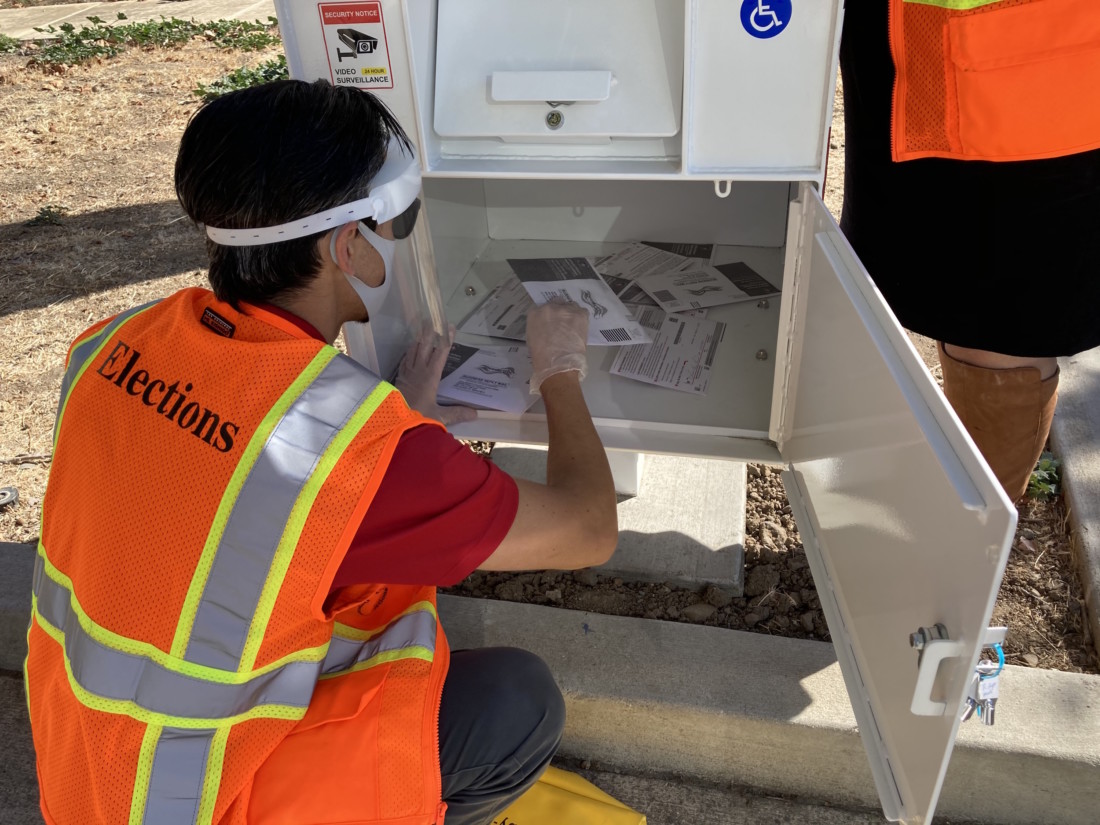 On Oct. 12, Lori Bennett sat at her Aromas kitchen table filling out her mail-in ballot alongside her husband Robert. After sealing and signing the envelopes, he drove to the Windmill Market drop box site in San Juan Bautista to turn them in.

A week later, Bennett received a call from the San Benito County Elections Office saying that her signature on the ballot did not match the one on file with the Department of Motor Vehicles. She then took the 30-minute drive to Hollister to verify her signature.

When presented with her ballot, Bennett said she realized it had been tampered with.

“My signature did not match at all,” she said. “There was no attempt to even match my name at all.”

Concerned her signature was not the only thing that was changed, Bennett wanted to inspect her ballot. She said though the elections office was reluctant to open the envelope, they gave in. To her relief, her selections were still intact.

But to her, the intent was not about changing her vote; it was about negating it.

“I’m shocked that this is happening,” Bennett said. “In the beginning, I thought, ‘No way, people are overreacting.’ Well, no, they are not overreacting and it’s shocking.”

She filed a report with the San Benito County Sheriff’s Office. Records technician Kelly Vermilyer said the office has received one report regarding ballot tampering in the last 30 days. Hollister Police Department interim Chief Carlos Reynoso told BenitoLink his department has not received any complaints related to ballot tampering.

While Bennett said she suspects it was someone inside the office because it looked like someone printed a new envelope and changed her signature, she was still thankful the elections office verified her signature.

“This is supposed to be the United States. I’m supposed to have my own opinion and express that in my vote, and I always vote,” she said. “It means a lot to me that they followed through and I’m glad they did.”

Francisco Diaz, assistant county clerk-recorder-registrar of voters said Bennett’s incident was documented and an investigation is in progress.

“All complaints are investigated by the elections office,” Diaz said. “We take necessary investigative actions to determine what happened, what were the causes and who was responsible. If the matter requires video surveillance footage retrieval the elections office would take said action.”

Diaz said signature verification is one of about six tests that each ballot must pass in order to be validated and processed. Those safeguards include verifying that each voter received the correct precinct ballot, visually inspecting that the ballot was filled out correctly and not damaged, and verifying that the envelope and ballot identification numbers match.

Bennett’s is among the 2% of ballots that are challenged every election, Diaz said. Challenged ballots are sent to the County Recorders’ Office where they attempt to contact voters and notify them when something is wrong with their ballot.

Diaz said the office attempts to contact a person to verify their vote at least three times. The office has 17 days to resolve challenged ballots.

In addition to in-person oversight, there are six cameras strategically placed in the elections office so that ballots and voting equipment are always recorded throughout the process. The drop-off ballot boxes around San Benito County are also under surveillance, including back-up cameras.

Six drop box locations, marked by two big banners in red, white and blue, can be found at:

Because of COVID-19 safety guidelines, the elections office will stream its ballot counting process on Nov. 3 on Zoom and Facebook. In previous years, residents were allowed to observe the process in person. Diaz said that will still be offered, but at a limited capacity that is still to be determined.

Residents can now observe the ballot preparation process at the elections office—two at a time—through the plexiglass window that separates visitors and employees, Diaz said.