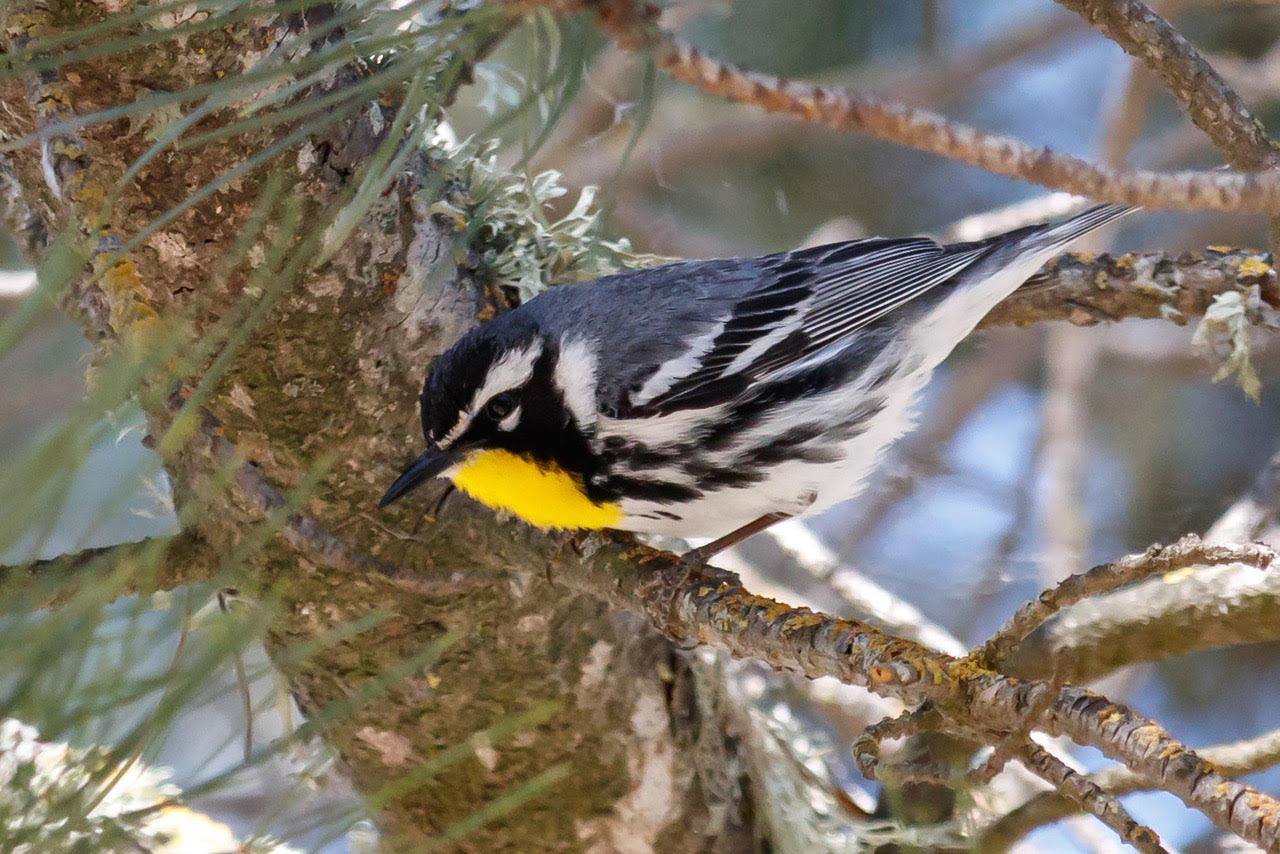 The first documented sighting of the Yellow-throated Warbler in San Benito County was May 16. Photo courtesy and copyright of Carole Rose. 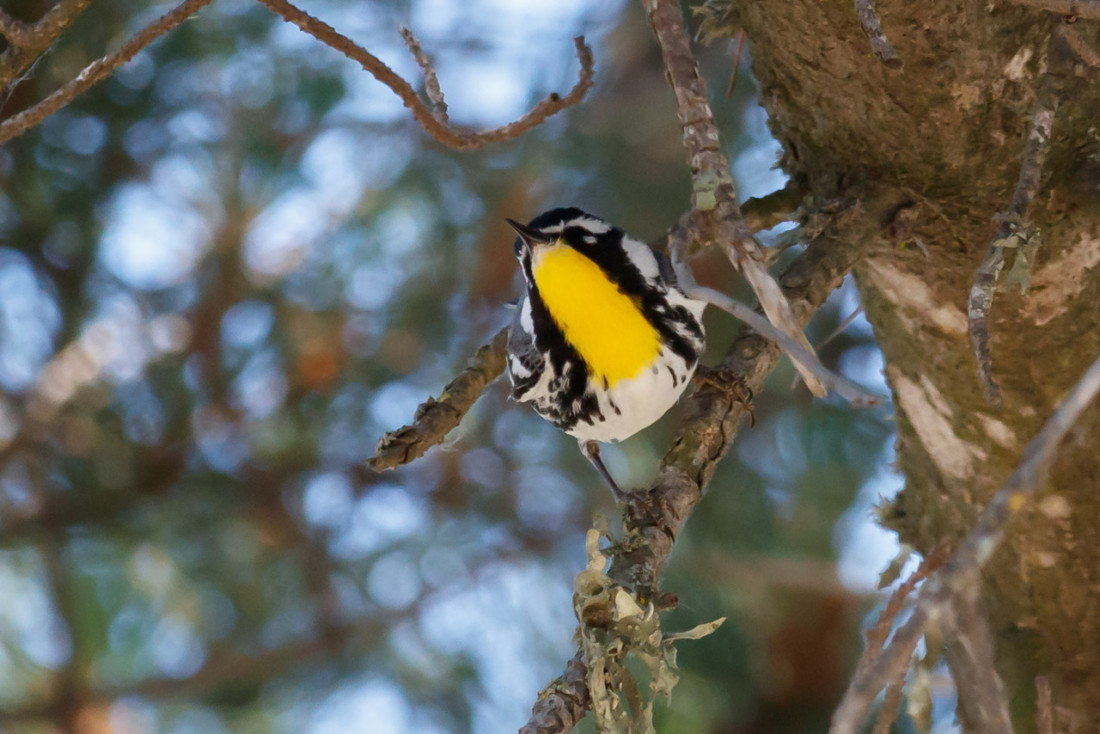 Over the month of May the Yellow-throated Warbler (featured), Kentucky Warbler, and Bobolink were all seen in San Benito County. Photo courtesy and copyright of Carole Rose. 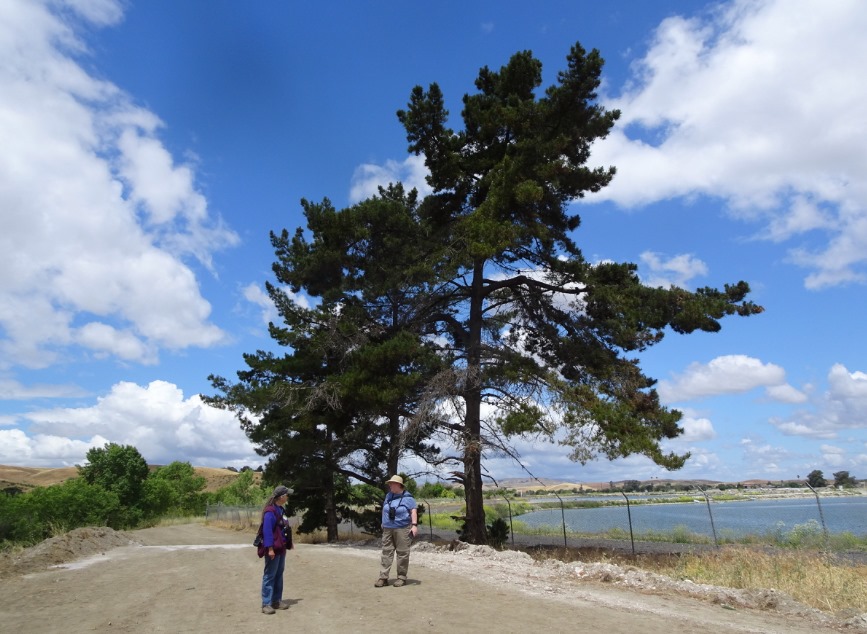 Birders were found in Apricot Park in Hollister hoping to get a glimpse of the Yellow-throated Warbler. Photo courtesy of Deborah Shearwater. 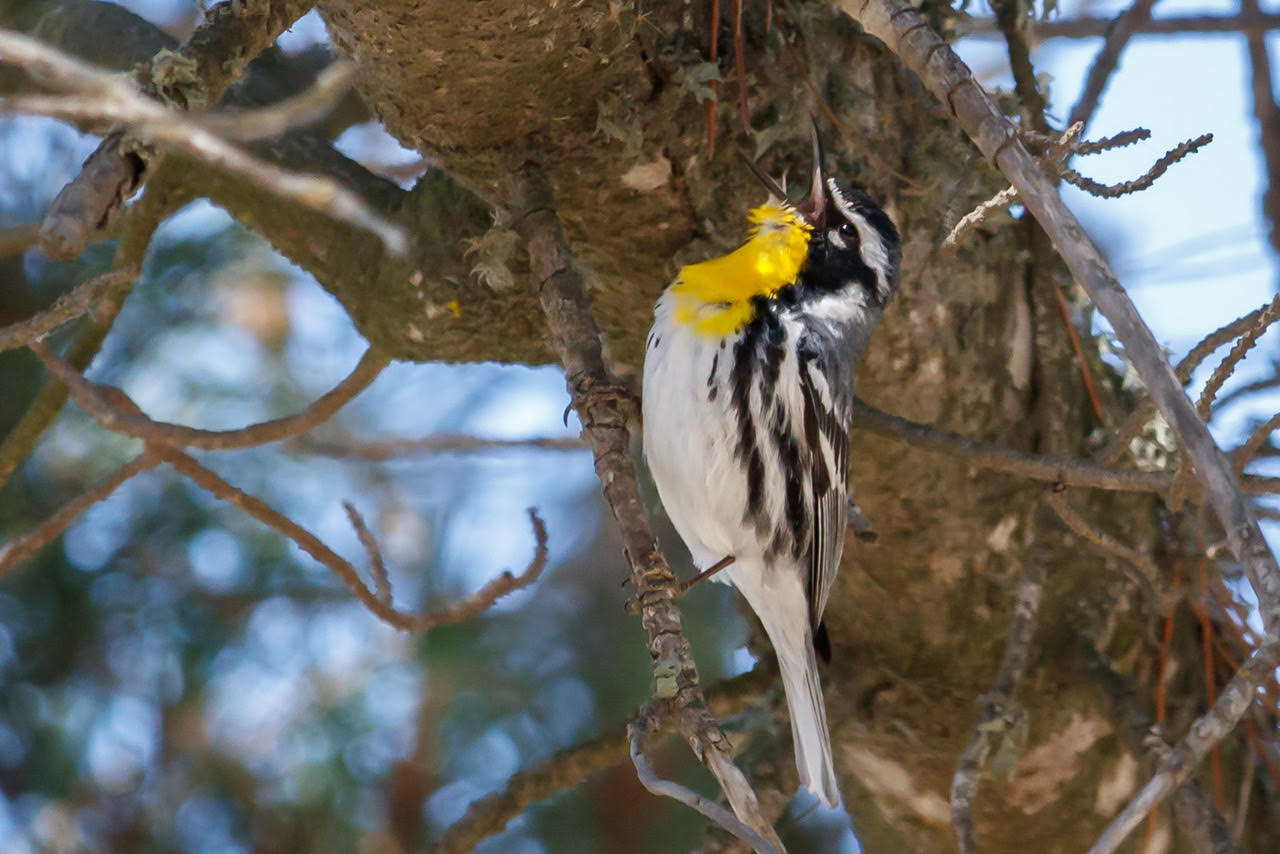 It doesn’t happen often, but in one month San Benito County has had three separate, but equally rare, bird species spotted within its borders.

The first, the Yellow-throated Warbler, was found in Apricot Park in Hollister on May 16. Calling the southeastern U.S. home during the breeding season, this species was singing in a pine tree when it was spotted by Scott Terrill of Los Gatos.

Terrill, an internationally known avian ecology and behavior expert, came to San Benito County in hopes of spotting a Red-necked Phalarope in the pond area adjacent to the park. While using his spotting scope from his car to search for the bird, he heard another birdsong.

“The bird was singing so loudly that I could hear it from a distance,” Terrill said. “It was amazing because the habitat there did not look great for something so unusual.”

Leaving his car and heading toward the sound, Terrill was able to positively identify the Yellow-throated Warbler.

After making this discovery, Terrill reached out to the local birding community online and called friends who live in the area.

One friend who got to see the Yellow-throated Warbler that day was Hollister resident Deborah Shearwater, a field ornithologist who guided over 67,000 people on pelagic seabird trips over a four-decade long career before retiring recently.

“This warbler is one of a group of very colorful birds,” said Shearwater. “The North American warblers [are] often thought of as the ‘butterflies’ of the birds. It was special in San Benito County because this was the first time the species was ever recorded here, and it was far out of its normal range.”

Part of what surprised birders was how different our surroundings are to the bird’s natural habit and migratory patterns. According to Shearwater, the Yellow-throated Warbler is used to “pine forests with an open understory, bald cypress swamps, and woodlands near streams.”

Seizing the chance to glimpse a Yellow-throated Warbler for themselves, birders from Monterey, Santa Cruz, the Bay Area, and Sacramento County came to San Benito during the bird’s brief four-day stay on public land.

A second species spotted in the county during the second half of May was the Bobolink, which was found on private property in South County. Living in areas of open grasslands, like the remaining prairies in the U.S., the bird was a single female first seen on May 23.

Shearwater said there is a previous recording of the Bobolink being spotted at the Pinnacles National Park “a long time ago.”

Terrill said the Bobolink is not nearly as rare as the warblers.

“It is regular in small numbers on the Pacific Coast in fall, but quite rare in the interior west of the Sierras,” he said.

According to Cornell University, the Bobolink, which has declining numbers, has been given the species name oryzivorus, meaning “rice eating” due to its propensity for eating rice and other grains.

Far from home and its normal migration paths, Shearwater said the Bobolink stayed in the county for nine days and was last seen in the county on May 31.

Rounding out this interval of unique bird sightings in San Benito County is the Kentucky Warbler, a small songbird that Shearwater spotted on May 24. Also found on private property in South County, the Kentucky Warbler is said to stay close to the ground or on the ground in areas of dense foliage and thick cover.

According to Shearwater, one unique feature that distinguishes this species from others is a yellow eyestripe wrapping around the back of the bird’s eye, making it seem as if the bird is wearing spectacles.

With no previous recordings of the Kentucky Warbler in the county prior to May 24, Shearwater said that this species is normally found east of the Mississippi River at this time of year.

Shearwater and Terrill agreed there is no documentation that this species has ever been seen in San Benito County.

So what caused these bird species to visit us? Shearwater said a factor known as ‘“vagrant traps” had a role to play.

“These are spots that offer a bird that’s off course shelter, shade, and insects, and usually water,” Shearwater said. “Any spot that’s got water tends to be an important spot for birds.”

Regarding vagrant traps, Terrill added: “Most records are concentrated along the coast or in an oasis in the desert.”

What also may have brought these species into the county is the weather.

“A lot of these birds migrate across the Gulf of Mexico,” said Shearwater. “We think the weather pattern was favorable for these southeastern birds to fly up to California.”

For Terrill, several theories explain why some birds stray far from home. They include birds that are genetically predisposed to do the opposite of their species’ natural migration patterns; birds that are displaced by winds; and birds that become disoriented, but use favorable winds to get somewhere.

“If a bird is disoriented it is more likely to get a far distance if it has favorable winds,” Terrill said. “It makes more sense to go with the winds than fight against it.”

Though Terrill and Shearwater do not anticipate seeing these species back in the county anytime soon, they both spoke about other birding opportunities in the county.

“Over the past several weeks many of the neotropical species have been arriving,” said Shearwater. “These are birds that winter to the south of us, and migrate to our area to breed at this time of year. At the end of fall, they will head south again.”

These species include orioles, tanagers, grosbeaks, buntings, and flycatchers.

For anyone interested in birding for the first time, Shearwater recommends getting a pair of binoculars, a field guide, and if possible going with a person who can help you spot birds while following social distancing guidelines.

Terrill recommends obtaining a field guide and getting connected with a person or people who can share their knowledge.

“There are bird stores where they sell bird seed and hummingbird feeders and field guides,” Terrill said. “Get a field guide and put out some feeders. Sit in your yard and see what birds are there.” 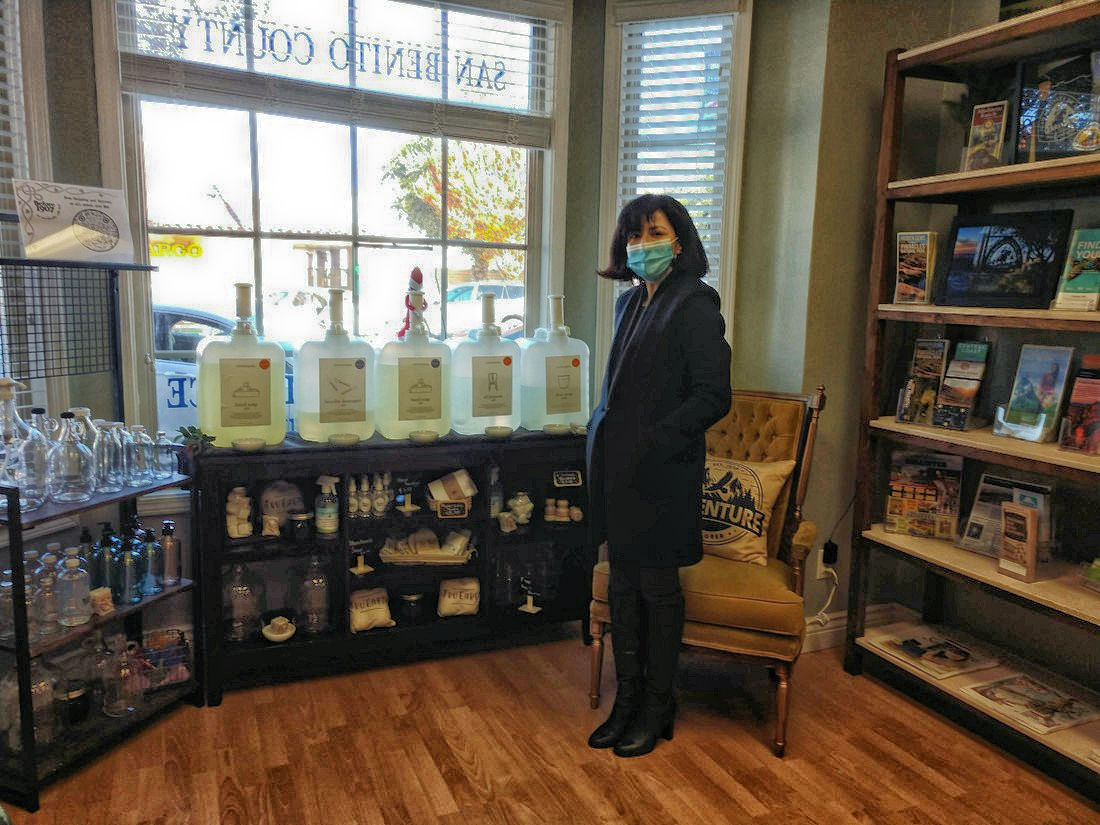 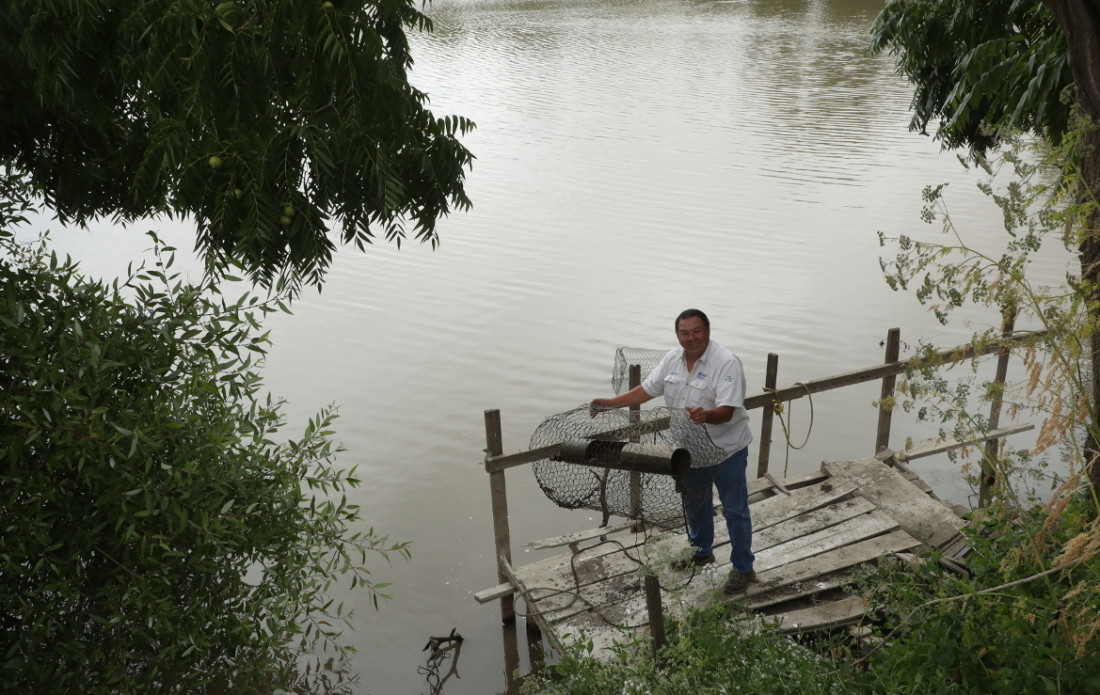 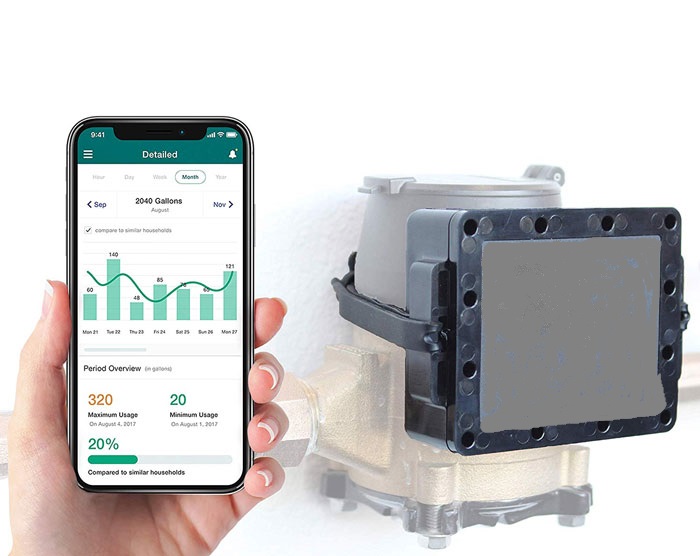