Tax incentives and environmental reviews slow the pace of development. 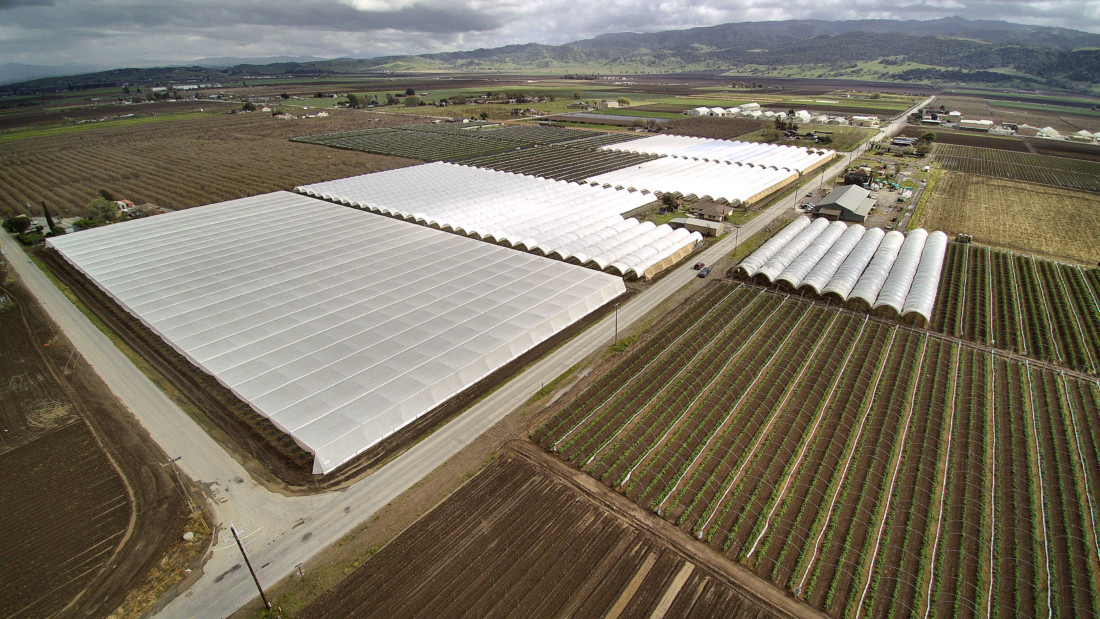 This is the second in a three-part series about prime agricultural land in San Benito County. Read Part One.

Prime agricultural land is a broad term that means different things to different regulatory agencies. To one, it means high-quality soil suitable for cultivation. To another, it’s high-quality farmland that is actively irrigated and cultivated. And to a third, it’s farmland that exceeds a production threshold of as low as $200 an acre annually.

But regardless of the nitty-gritty definition, prime agricultural land is a big part of the rural character of places with long histories of agricultural production—like San Benito County.

The benefits of prime agricultural land are not strictly related to the cultivation of crops. Agricultural land provides a watershed for groundwater, a habitat for many species, and can act as a carbon reservoir. It can also provide more immediate benefits to the community.

“Prime ag land isn’t just dirt, and you can’t look at it like that,” said Paul Hain, board member with the San Benito Agricultural Land Trust. “The production value [of the land] translates to jobs for agricultural workers and processing plant workers—members of this community—so it is of interest to preserve land that employs so many people. It’s an economic multiplier.”

Prime agricultural land provides several benefits to state and county residents: it contributes to the rural character of the county, provides environmental benefits not possible on developed parcels, and ensures a steady stream of employment for county residents.

Yet the Williamson Act’s definition of prime agricultural land allows for land to be designated as prime farmland or farmland of statewide importance if it meets “certain economic or production criteria” that can be as low as $200 an acre on an annual basis.

Being the broadest definition of prime agricultural land, Williamson is also the most stringent regulation protecting the agricultural character of land in the state because it offers tax incentives to keep it that way.

The Williamson definition is also the one typically used by Local Agency Formation Commissions (LAFCOs), created by the California state legislature in 1963 to “encourage orderly growth and development” at the local level.

While incorporated cities are responsible for regulating development within their limits, “the LAFCO definition kicks in if the land is on the city limits,” said Bill Nicholson, executive officer of the San Benito County LAFCO.

“We use the broadest definition of prime ag land,” he said, “which is a vestige from its establishment in the 1960s. If you can generate a certain dollar amount on the land, then it is still considered prime. For example, raising a head of cattle on your land can make your land prime.”

On a practical level, this means San Benito County considers prime agricultural land to be any parcel that can generate a moderate amount of income from business activities related to the cultivation of crops, providing significant incentives for landowners to keep farming instead of selling their land.

Another mechanism aimed at preserving prime agricultural land concerns whether or not the land will be subject to an additional layer of environmental review as part of a planned development project.

The city of Hollister, for example, uses the California Department of Conservation’s Farmland Monitoring and Mapping Program (FMMP) to classify land and assess development projects. The FMMP defines prime agricultural land as high-quality soil that has recently been irrigated for agricultural production.

“Part of the evaluation of a property is to perform the analysis required by the California Environmental Quality Act,” said Abraham Prado, planning manager with Hollister’s Development Services Planning Division. “One of the sections is to assess the property for agricultural production.”

This environmental analysis, known as an environmental impact report (EIR), is intended to serve as a bulwark against rampant urban conversion by requiring that it find the benefits of the development project to outweigh the significant impact of the conversion.

According to Prado, if the environmental impact report finds that the land up for development is agriculturally important, there are two courses of action.

First, “the City Council can approve a ‘statement of overriding consideration’ saying that the benefits of the proposed project outweigh the impact of the conversion,” he said.

Second, the city can require the developer to pursue a mitigation project, which designates a perpetual easement on a comparable plot of land, often with similar agricultural characteristics, in exchange for developing the parcel in question. This allows the original prime agricultural land to be developed—provided that a roughly equal plot elsewhere is conserved in perpetuity.

Tax breaks, environmental reviews, and mitigation projects help ensure that the conversion of prime agricultural land for urban development proceeds thoughtfully and deliberately, preserving the agricultural character of the state and county, providing jobs, and maintaining the environmental benefits of undeveloped land.

The third part of this series will focus on mitigation projects.