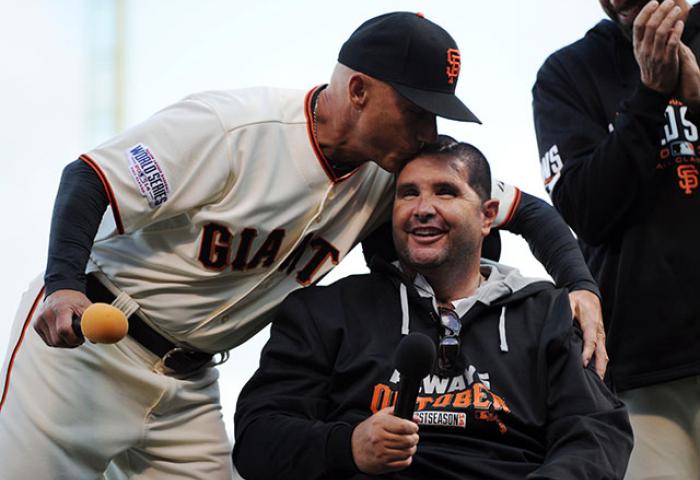 Bryan Stow, the San Francisco Giants fan who was left with brain damage after a brutal attack in the Dodger Stadium parking lot in 2011, is scheduled to speak at Mission San Juan Bautista on Saturday, March 12 at 1 p.m. The public is invited to attend the free event.

In a San Francisco Examiner article, the writer described a talk Stow gave recently by saying, "Stow began his talk by describing his life before his injuries: an ambulance driver and father of two, who enjoyed skydiving. Giving a brief description of his attack on March 31, 2011, Stow connected the violent crime to the topic of bullying."

Stow, formerly an ambulance driver and avid skydiver, has had to re-learn basic motor skills since the incident. Although he has spent much of his time in physical therapy, he campaigns against bullying and fan violence.