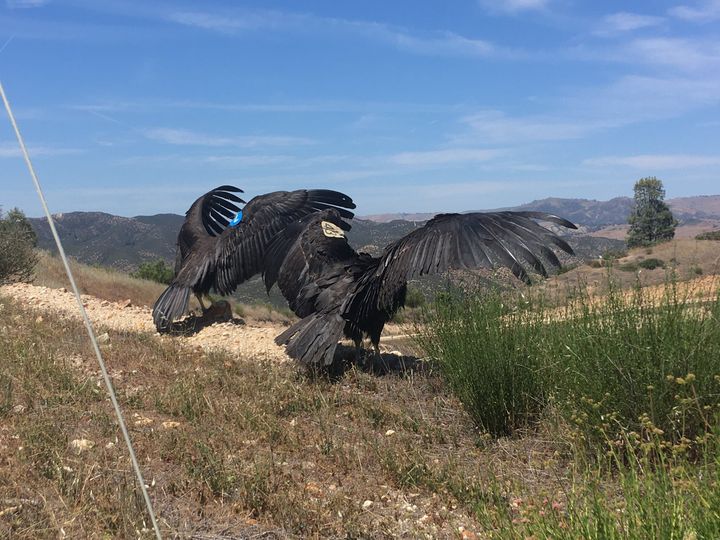 943 (right) spreads his wings before take off upon release at Pinnacles. Photo courtesy of Danae Mouton of the National park Service. 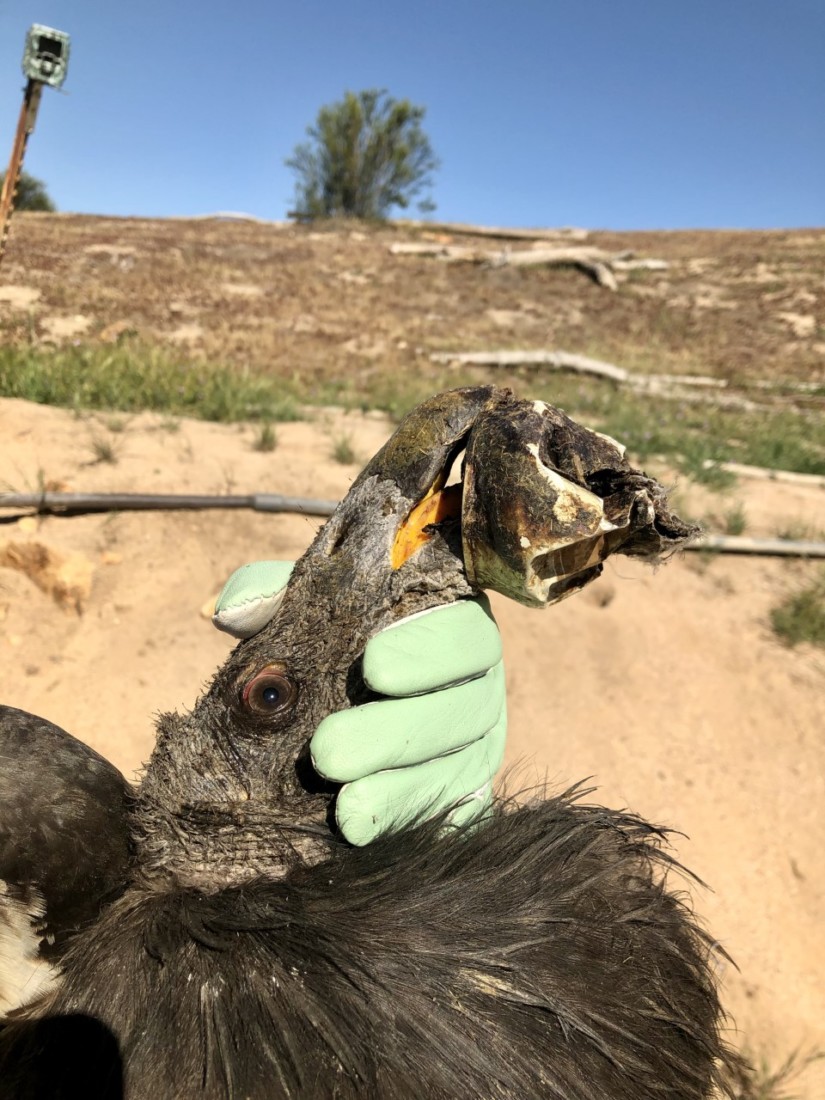 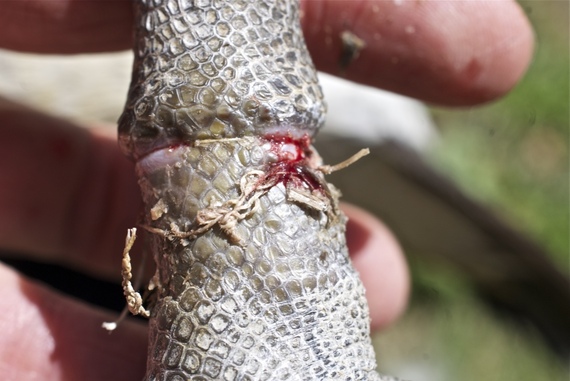 Fishing line around a goose's foot. Photo courtesy of the Huffpost. 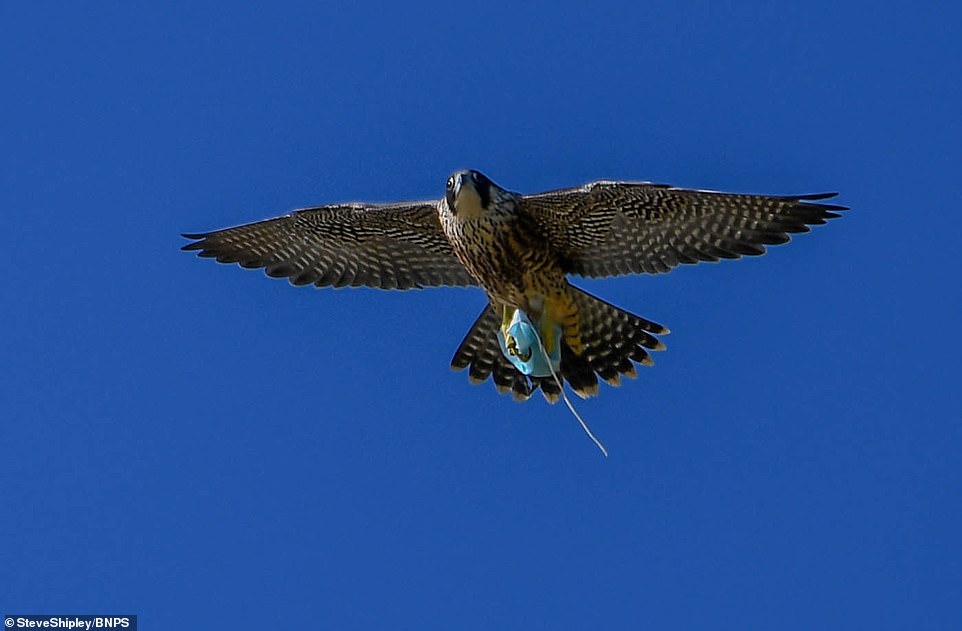 On March 30, Ventana Wildlife Society biologists watching their remote video camera feed noticed three-year-old condor 943 had an aluminum can lodged around his lower beak, holding his mouth open and making him unable to eat.

Over the next few weeks, the Ventana and Pinnacle National Park’s condor crews waited for 943 to return to an area where he could be trapped. On April 17, biologists trapped 943 in the condor pen at Pinnacles. He was taken to Monterey Avian & Exotic Clinic to have the can removed but it fell off during transportation.

“Everyone breathed a collective sigh of relief when the can was finally removed and he was able to eat, drink, and preen his feathers again,” said Pinnacles staff in a Facebook post.

However, Pinnacles condor recovery manager Alacia Welsh told BenitoLink they thought it best to continue to the clinic to have 943’s abrasions looked at and to check his health. It’s standard to draw blood when a condor visits the veterinarian, and lead toxicity is among the tests that are done. 943’s blood tested positive for lead.

After receiving the results, the Pinnacles crew immediately took him to Oakland Zoo where veterinarian staff began chelation therapy. Chelation consists of giving a patient doses of a chemical, in this case EDTA, which binds with the heavy metal in the blood, thus removing it. Condor 943 was released at Pinnacles National Park on May 13.

“Working with a critically endangered species means witnessing a lot of unhappy endings, as condors in the wild are still frequently dying from lead poisoning. However, getting to see 943 fly free after all of the efforts to save his life balances out the difficult moments,” Pinnacles staff added on their Facebook post.

While this bird recovered from its encounter with a discarded can and ingestion of lead, trash is a persistent problem for wildlife. According to EnvironmentalChemistry.com trash can affect wildlife in many ways including:

Since COVID-19 there have been many documented cases of wildlife with the elastic ear bands of disposable facemasks caught around limbs and other body parts. See more on personal protective equipment and wildlife here.

Carmel has a BA in Natural Sciences/Biodiversity Stewardship from San Jose State University and an AA in Communications Studies from West Valley Community College. She reports on science and the environment, arts and human interest pieces.Carmel has worked in the ecological and communication fields and is an avid creative writer and hiker.She has been reporting for BenitoLink since May, 2018 and covers Science and the Environment and Arts and Culture.