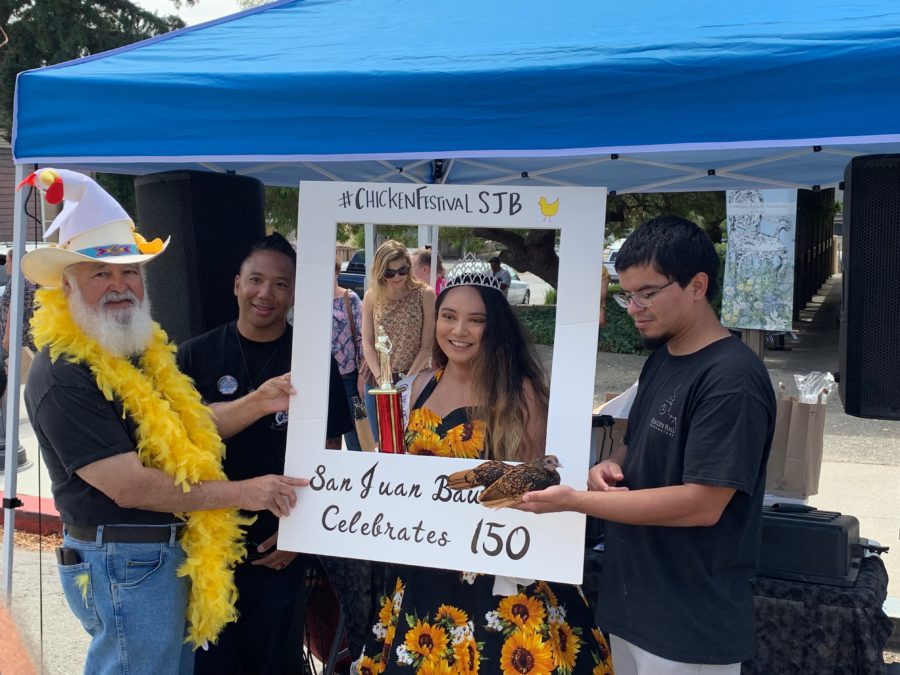 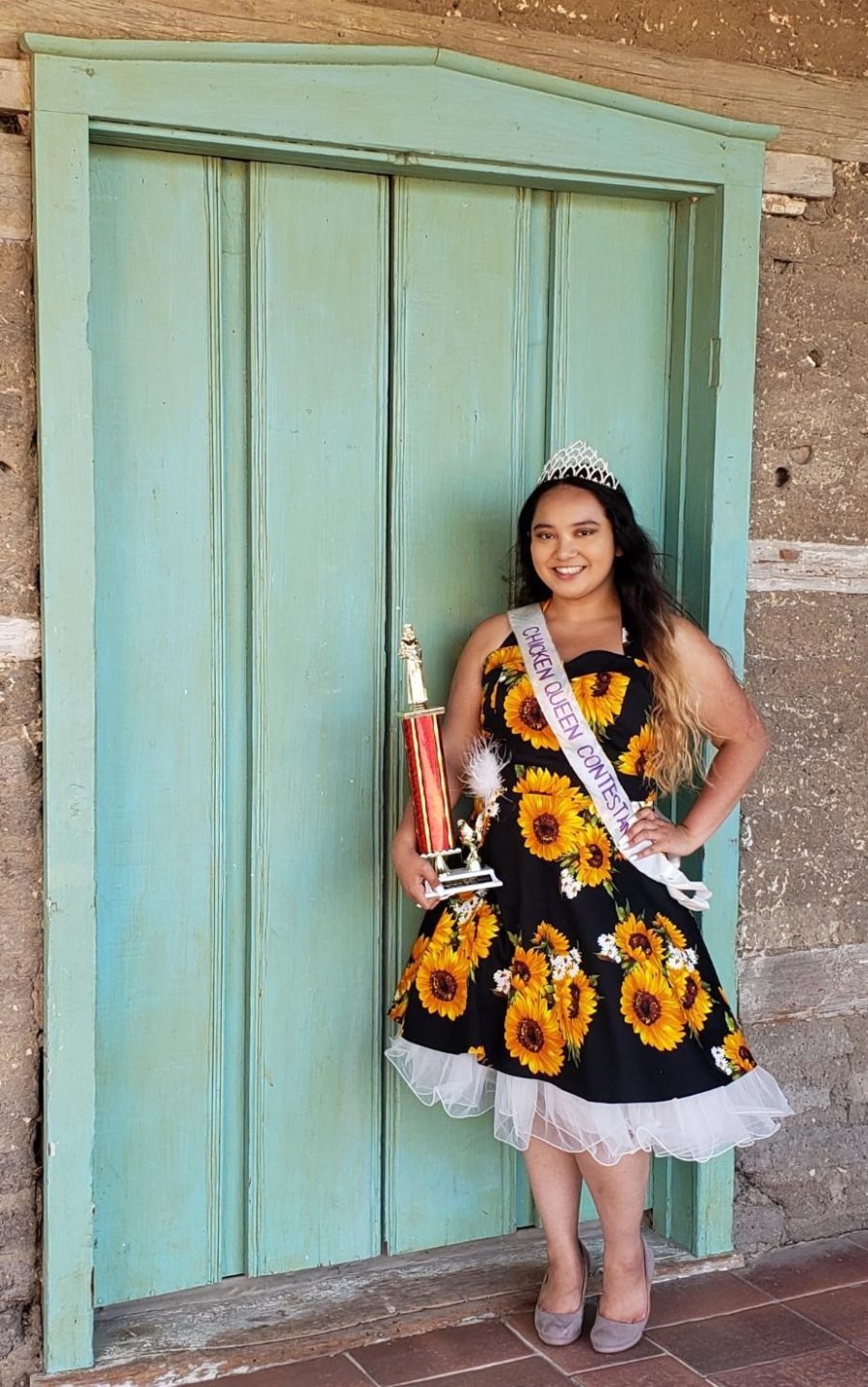 When Malia Chang, 16, was crowned this year’s San Juan Bautista Chicken Festival Queen on Sept. 15, she was not just thinking about the present moment, but of the coming year.

“San Juan Bautista is where I started my life,” Chang said as she received her crown. “My family and I lived in a small home across from what is now the Hacienda de Leal. As I continue to grow, San Juan Bautista will always be a special town to me.”

The queen cares for chickens herself, and despite moving to Hollister as a young girl, frequently visits family and friends in San Juan, and participates in Living History Days to see what it was like living and working in the 1800s.

Chang was the only remaining candidate as the others dropped out before the festival. “No one told me because they wanted me to keep going,” she said.

Running unopposed did not stop Chang from finding joy in the moment.

The role of queen “is to be a role model for other people throughout the community in San Juan,” said Chang. “People that were looking at me the most and wanted to take pictures with me were the little kids.”

As queen, Chang plans to attend San Juan Bautista celebrations throughout the year. She said she was looking forward to the annual Lights On Parade.