The State Water Resources Control Board approved emergency water conservation regulations will stay in place for a year and would empower cities, counties and other local jurisdictions to fine violators as much as $500. 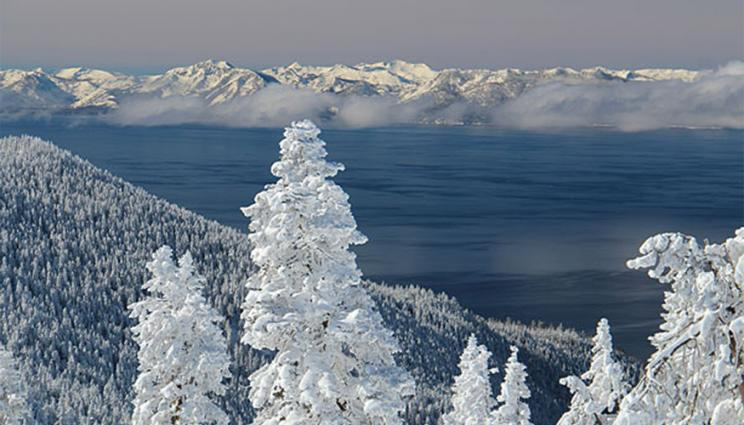 California still needs about another foot of snow water content. Photo provided by the Dept of Water Resources website.
×

This Column was contributed by Shawn Novack, water conservation program manager with the Water Resources Association San Benito County, San Benito County Water District. The opinions expressed do not necessarily represent BenitoLink or other affiliated contributors. BenitoLink invites all community members to share their ideas and opinions. By registering as a BenitoLink user in the top right corner of our home page and agreeing to follow our Terms of Use, you can write counter opinions or share your insights on current issues.

California’s drought is not over despite a bounty of snowfall and rain over the past month: California’s snowpack — a critical source of water — is 150% of average for early January. But it’s not enough to bring an end to the severe drought and water shortages.

California still needs about another foot of snow water content — the amount of water contained in the snowpack — by the end of March to reach its historic seasonal average. And some experts say that California will need a 140% of the seasonal average to make-up for the lack of water in reservoirs.

Feet of snow don’t translate directly into feet of water, so state officials report both the height of the snow and the amount of water runoff it would generate. At Phillips Station, where one measurement was taken on December 30th, reported 78.5 inches of snow. That amount of snow contains 20 inches of water.

The amount of water now stored in reservoirs is worse than last year at this time: The state’s reservoirs in December were projected to contain about 78% of average — compared to about 82% in 2020.

Moderate to exceptional drought still grips the entire state, and a soggy start to the rainy season does not guarantee even an average water year. California has felt that false hope before: In 2013, during the last record-breaking drought, a wet December turned into a dry January and February.

Weather forecasts indicate a dry spell for the remainder of this year’s rainy season.

And conservation still lags. California Governor Gavin Newsom called for Californians to voluntarily cut water use by 15% in the face of the ongoing drought last July. Residents cut their water use by just 6.8% in November, compared to a year earlier. In response, the State Water Resources Control Board approved new conservation regulations aimed at curbing wasteful outdoor use.

The new, emergency water conservation regulations will stay in place for a year and would empower cities, counties and other local jurisdictions to fine violators as much as $500. Californians can keep watering their lawns — but are prohibited from allowing water to flow onto sidewalks or into the streets. They won’t be allowed to water their lawns within 48 hours after it rains. They can’t wash their cars unless the hose has a shutoff nozzle. Municipalities can’t use potable water to irrigate turf on street medians. The focus on landscape irrigation is because over 50% of residential water use is used for landscapes.

Locally, water waste is resolved by reaching out to customers and providing education and resources, without having to resort to enforcement. However, local water agencies can escalate their actions for repeat offenders. A formal warning letter sent to these offenders lets them know that they can be fined and that agencies have the right to install a flow restrictor if warnings are not enough.

The Water Resources Association San Benito County (WRASBC) offers many free services to assist the community in using water efficiently. The agency suggests residents get a free leak check, irrigation system assessment and assistance. Be ready for when the irrigation season starts in late spring.