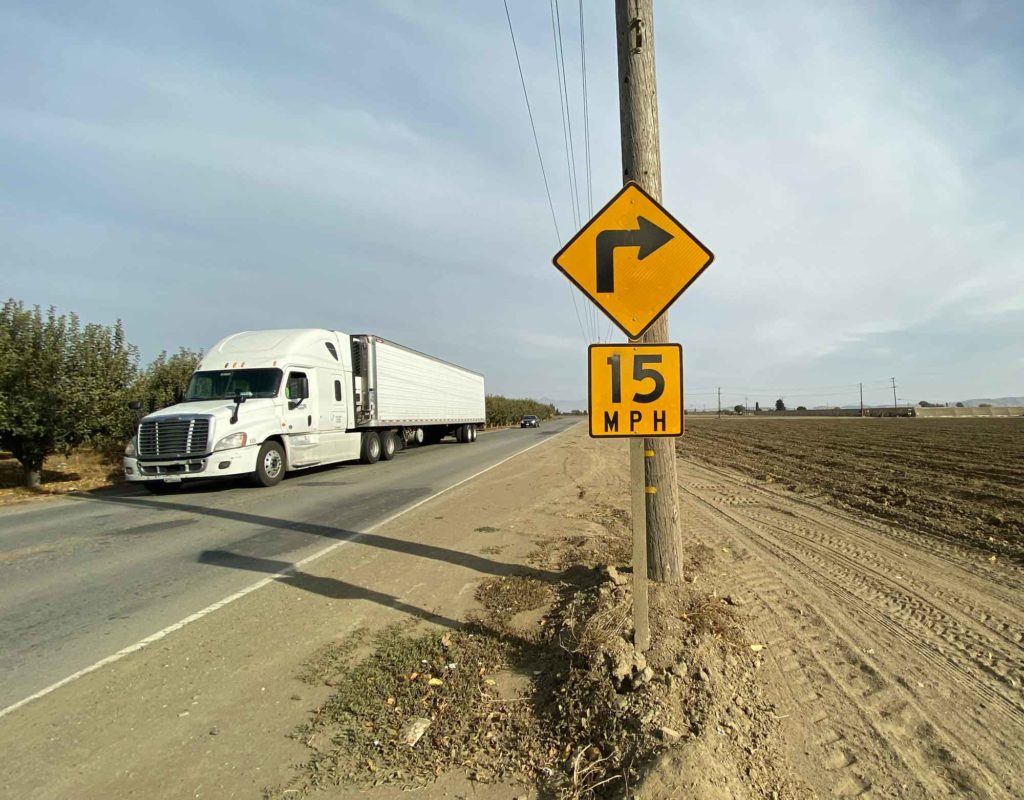 Rapid housing growth has led to severely increased traffic congestion in San Benito County, and one negative result is that more drivers are opting to use rural backroads as perceived shortcuts. This shift is becoming more pronounced by the day—and should raise a serious alarm bell for local officials and transportation planners.

Transportation issues— traffic circulation and upgraded infrastructure—are collectively toward the top of my priority list as a candidate for District 2 supervisor in San Benito County. That’s because traffic congestion not only results in decreased quality of life for local drivers—in a county where most workers commute out of town—but it also makes for extremely dangerous, potentially disastrous conditions.

As I talk with district residents, they often bring up concerns about the glaring spike in rural backroad travel we’ve experienced the past few years. I also happen to experience it myself from time to time as someone who lives and works near one of these preferred routes—San Justo Road—which is now used as a daily alternative to massive commuter congestion on Highway 156. From the mid-afternoon to evening, San Justo Road looks more like a raceway than a quiet country road these days. But San Justo is just one of many country roads experiencing a startling spike in heavy traffic as of late. Ask anyone who lives or travels near a major thoroughfare, and he or she will almost invariably share the same frustration.

In other words, our country roads aren’t so country anymore, and I’m very concerned about the elevated potential for disaster and infrastructure damage as time wanes. This could mean serious traffic accidents among impatient drivers, or safety issues for residents and their families who live nearby. Then there is the continued degradation of these roads, which aren’t built to handle so much heavy traffic. Local taxpayers, inevitably, will end up footing the bill. County government officials, therefore, should make this a serious priority by exploring ways to address this shift in habits among frustrated drivers, and I have several recommendations to get solutions moving forward.

Along with curtailing traffic congestion, one of my biggest priorities if elected as supervisor is to increase resources in the San Benito County Sheriff’s Office. In particular, I would like to work with other supervisors and Sheriff Darren Thompson to enhance the traffic-patrol presence, which has been severely lacking for many years. With regard to dangerous driving conditions, the additional law enforcement presence alone would calm these bad habits. I’m also a firm believer that crime suppression very often starts with traffic stops.

Ideally, the county would mimic the Hollister Police Department’s recent actions by creating a traffic patrol unit and even consider collaborating on such an endeavor.

Many people using our rural backroads tend to be angst-filled drivers who speed while looking to avoid major thoroughfares. Along with an added law enforcement presence, other speed controls could include exploring lower speed limits for some areas, installation of stop signs at strategic points, speed bumps or humps in areas where they’re feasible, more double-yellow lines to discourage passing in left lanes, and electronic radar signs. As far as I’m concerned, all types of speed controls should be on the table for discussion if they can potentially result in improved safety on backroads.

To go with radar readings, I would like to see more signs that discourage bad behavior as a reminder to residents who skirt the law because they don’t believe anyone is watching. This could include such examples as signs reminding commuters that these rural roads are largely meant for slower-moving farm equipment and to stay patient around such vehicles, more speed limit signs in general, signs warning drivers that speed infractions are heavily enforced in those areas, signs warning drivers about fine levels, and signs alerting drivers about the types of vehicles that are most appropriate for certain stretches.

As part of a broader goal of mine to improve the county’s public relations efforts, it would make sense to launch a public awareness campaign about driving habits in our rural community. San Benito County has experienced its share of tragedy on the roads due to our rural nature and two-lane highways. Now, those dangers are heightened from continually increased congestion on the roads caused by rapid housing growth. The sign program is a start, but the effort could include multiple avenues such as social media.

Last but not least, the county should reach out to all major wayfinding companies—Waze and others—to engage in conversations about mechanisms to prevent overuse of roads that aren’t meant for so much traffic. The evolution of these technologies are playing a major role in how, where and when people drive. They’re undoubtedly a major reason for the use of alternative routes through San Benito County and elsewhere, so it’s at least worth a discussion to see what these companies can do to help curtail dangerous driving conditions.