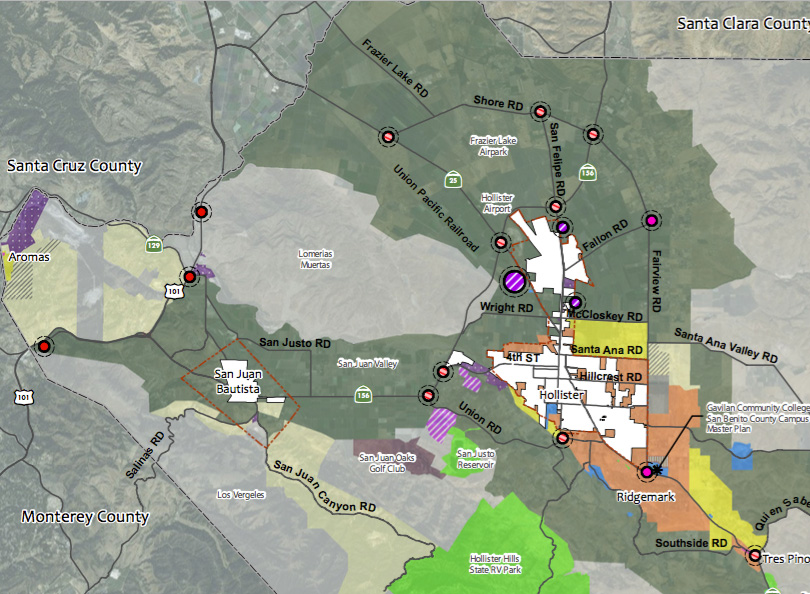 A map is shown from the General Plan laying out the 16 nodes that are intended for commercial development. Photo provided.

Leaders of Preserve Our Rural Communities approached me in January about co-sponsoring a ballot measure that would eliminate 16 sprawling commercial zones from the county’s general plan and give voters final say on rezoning local farmland for development.

My response at the time—heavily weighing a dismissive political culture toward most constituents’ concerns about rampant growth—was to support the effort and let voters decide in November whether they would like to adopt this ultra-democratic process.

As I continue saying, there’s no harm in letting voters debate and decide whether they want more direct influence on critical matters that will shape our future. The effort, after all, fit in line with my commitment to represent the full constituency and put land-use decisions back in residents’ hands.

As expected, the pro-growth minority here vehemently opposed the initiative while making wildly misleading claims, such as stating it would amount to no commercial growth for 29 years.

That is patently false and leads residents to believe the measure would prompt some sort of ban on new commercial or industrial development throughout the county. There are two important points completely invalidating this.

For one, opponents conveniently and consistently leave out the fact that this initiative had absolutely no bearing on prospects for commercial, industrial or residential development in the cities—particularly Hollister where most local development should occur.

They seem to ignore “Smart Growth” concepts—the essence of which is infill development—while pushing for a chaotic collection of commercial zones dotted throughout a wide expanse of unincorporated San Benito County as laid out in the general plan. That’s what these so-called nodes are—sprawl by nature—and you’d be hard-pressed to find a professional planner who isn’t currently on the county’s payroll to rationalize otherwise.

This is currently planned for our relatively short-term future—think San Jose—and most of us have no interest in fulfilling such an ill-conceived vision.

On that note, did you know there are about 1,500 acres of available industrial zoning in Hollister right now? In other words, there’s no rush to pave over farmland when we have so much supply in places where development should logically occur—in the city.

As for my second point, the initiative would not have banned development anywhere. It would have prompted developers to go before voters with their proposals to rezone existing unincorporated land—largely agriculture—into industrial, commercial or residential areas. Admittedly, this may have deterred some potential interest from developers, but it also would have forced them to use the most prudent, responsible planning approaches possible if they wanted to build outside of the cities in these more unnatural settings for development. It would have lessened the influence of special interests on the political process.

So I was content, as a candidate and potential supervisor, with voters deciding whether they wanted to go down this route.

That said, when the COVID-19 pandemic struck, our entire world changed. Good leaders and responsible citizens must be willing to adapt when circumstances call for it.

Therefore, in the initial weeks of the pandemic—on two separate occasions—I strongly urged PORC leadership to suspend the initiative campaign and focus on helping the community get through this crisis in whatever fashion possible.

I argued this is the only responsible route forward for a few reasons:

It would have been irresponsible and selfish to put others in harm’s way by collecting 3,000-plus signatures for a ballot measure while also considering a large number of PORC members are of an advanced age. And I remain convinced nearly four months later: Collecting signatures during a pandemic of this nature is wrong and should not have been allowed if we are closing schools and businesses and taking such sobering precautions in our daily lives.

Second, and perhaps most obvious, it just wasn’t the right time with a local economy in potential ruins and uncertainty about what’s ahead in our economic future.

Third, I also didn’t believe the environment was appropriate for a productive debate—no matter where one stands—on such a monumental issue.

To their credit, PORC leaders understood this wasn’t the right time and took the right approach. They suspended the campaign. Now, the deadline will likely pass without this initiative on the November ballot.

This reality further motivates me going forward to work with both sides on this and other polarizing issues.

We as a community—and leaders—must start making strides toward collaboration in spite of our differences. When two or more sides passionately disagree—which often happens in our great community—we must look past our emotional inclinations and think, instead, how we can compromise and find common ground that’s suitable for most everyone. 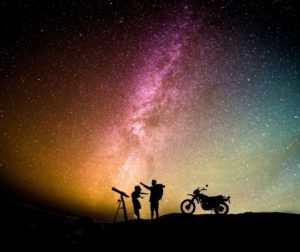 Searching the Sky: Another year under the stars

A guide to viewing the night sky.

COMMUNITY OPINION: Hospital board should resign if non-responsive

Robert Bernosky writes to express his concern and lays out what the board should be doing.