Who owns what if you did not pay for it? 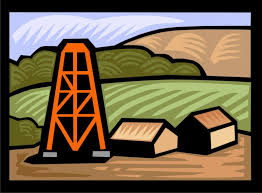 But is it really her or his property or are they trying to get the county residents take someone else's property? The speaker said she bought the property and loves it, but she did not purchase the mineral rights which belong to someone else. Now she is worried that they will come and drill on “her property.”

If she wanted to prevent that why didn’t she buy the mineral rights, too?  If they were not for sale, then she should not have purchased the property. Now she wants to use Measure J to cheat the mineral rights owners out of their property – the minerals – by preventing them from accessing them under any circumstances.

She said people who oppose Measure J are doing it to “stuff their wallets” – but if you buy something and don’t pay for the whole thing then claim it all aren’t you stuffing your wallet at someone else’s expense?

This is greed alright – greed by the property owners trying to tie up the mineral rights without paying for them. You want it, offer the owner a fair price, don’t ask the county residents to pay for your greed in million-dollar for lawsuits. Even if you have lived here for 40 years – and I'm sick of hearing that meaningless phrase – you are not entiled to steal someone else's property.

Vote NO on J and prevent confiscation and thievery.