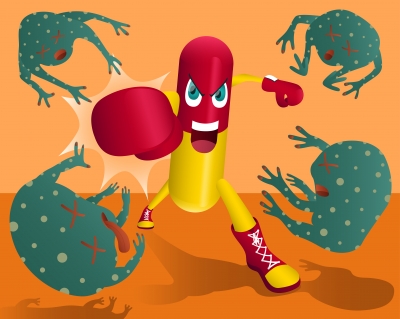 Image courtesy of holohololand at FreeDigitalPhotos.net
×

We pharmacists taught Big Pharma everything they know about creating tablets and capsules. They’ve profited from our expertise in compounding—the art and science of mixing together the exact strength and dosage required by a patient. So let me tell you how they betrayed us and you.

First we taught Big Pharma how to make tablets, starting with the importance of selecting correct binders to hold tablets together along with the correct excipient so they’ll release from the mold. They also needed to know about disintegrators so tablets would release the drug once consumed. Then Big Pharma mass-produced the tablets, presumably to lower costs by volume. Yet drug prices increased.

Next we taught Big Pharma how to make capsules with proper fills by means of special mechanical operations and the right inert ingredients. We offered up our expertise. They raised prices once again.

We taught Big Pharma about security, for example tamper-proof methods using resin and fluted and secured paper coverings. At first they ignored our warnings. But all that changed after seven people died in 1982 from cyanide-laced Tylenol.

When patents lapsed, generics triggered alarm in the industry so the large companies bought up generic manufacturers or paid large sums so competitors would stay out of the market. They organized teams of lawyers to extend patents beyond seven years and marshalled lobbyists to advocate their interests. This, of course, increased profits and prices remained high.

Yes, the public has more options in over-the-counter and prescription drugs, but we have paid dearly. Not only do we pay high prices, we taxpayers support research they draw from public university research. At U.C. San Francisco, from which I graduated, the faculty delivered up genetic engineering that Big Pharma has manipulated to secure more patents by subtracting or moving a molecule to produce a “new” form, qualifying for yet another seven-year patent.

Do I overstate the power of Big Pharma? Don’t think so. Since 2006 they’ve kept Part D (prescription) legislation from requiring Medicare to negotiate drug prices. These many years later, we’ll have to see how they fight off Senate Bill 31 introduced by Senior Senator Amy Klobuchar of Minnesota. The bill requires negotiating for the best price on behalf of the government and Medicare recipients.

First Big Pharma betrayed pharmacists by pillaging our knowledge and, in turn, ignoring our expertise on tampering. Then they betrayed you by controlling federal legislation and gouging consumers. Stay on the alert!