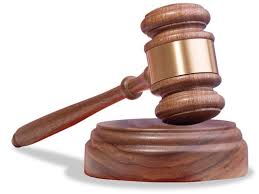 The contentious Measure J campaign has generated a lot of talk about impacts on the oil business if it passes or fails, but there has been almost no discussion concerning the county’s potential cost of millions of dollars in litigation and compensation. I strongly oppose Measure J for many reasons, this being only one. If Measure J passes the county will have the legal responsibility to defend it in court and to pay fair compensation for any takings.

I have no inside information about threat of litigation; however, there are already indications the mineral rights owners, some land owners and other impacted parties may go that route. The board was publically notified of an asserted CEQA violation at their last meeting.

In this nation, especially in California, everyone sues over everything. The environmental lobby uses lawsuits regularly as they did locally by suing to kill the PV2 Panoche Valley Solar Project. When they lost the lawsuit, they filed an appeal that they also lost. Therefore, it will be difficult, perhaps impossible, to seriously argue that a Measure J lawsuit should be dismissed out of hand and we have seen that betting on court rulings are only for the foolish. In the case of PV2 the project owners has indemnified the county and paid for almost all the legal fees; that would not be the case for Measure J.  The major threat here is a long and complex series of court fights taking years and costing millions.  It is a tremendous potential downside for a county with limited resources.

The second financial issue is compensation for takings; the principle is simple on the face of it. The Fifth Amendment of the U.S. Constitution provides that private property shall not be taken without just compensation, this is often called the “Takings Clause.”

It is clear that if the government seizes your property it has to pay a fair price for it; likewise, as explained by the University of Missouri–Kansas City, “serious, sustained physical invasions of property (as in the case of low overflying aircraft, for example) require payment of compensation equal to the difference between the market value before and after the invasion.” That’s where the easy part ends.

They go on in Constitutional Conflicts; “The difficult cases are generally those where government regulations, enacted to secure some sort of public benefit, fall disproportionately on some property owners and cause significant diminution of property value.”

“The Court has had a difficult time articulating a test to determine when a regulation becomes a taking. It has said there is ‘no set formula’ and that courts ‘must look to the particular circumstances of the case.’  The Court has identified some relevant factors to consider: the economic impact of the regulation, the degree to which the regulation interferes with investor-backed expectations, and the character of the government action.  Still, as our cases suggest, there is a lot of room for argument as to how these various factors should be weighed.”

In my opinion, one of the areas of special vulnerability would be the Measure J ban of all oil recovery operations in specific areas. If someone purchased the mineral rights they will argue that the rights are property and if all recovery operations are forbidden the value was taken away by government regulation – a taking. The parties will then start arguing about fair compensation – the county will claim a low value and the owner a high value and a good chance they will be back in court at more litigation expense.

No one, certainly not I, can accurately forecast what it will eventually cost the county; backers will minimize the financial risk and those opposed will maximize them, but it would be foolish not to consider them seriously before you vote.