Apology is far too late and contrived to be genuine 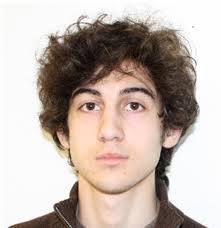 Too many Americans are willing to forgive anything for the words "I'm sorry."  While apologies for serious crimes are always welcome when honest, one must examine them and the circumstances carefully to determine if they are sincere or merely convenient. Speaking for the first time since the terrorist attack that killed three and injured hundreds, Dzhokhar Tsarnaev admitted guilt and offered an apology saying, "I am sorry for the lives I have taken, for the suffering I caused, for the damage I have done – the irreparable damage.”

The first thing one must note is that this statement came during formal sentencing where his assertions could not be cross examined.  In other words, there can be no face to face challenge to the regret he has now discovered – after he was convicted.

The second thing was had Tsarnaev really felt remorse he could have pled guilty to the crime he now admits at anytime saving the victims no end of grief and the American public millions of dollars, but instead of that his defense team sought to minimize his culpability be blaming his deceased older brother and co-conspirator. He now wants us to believe that he accepts responsibility – but only after repeated attempts to pass the lion's share of that responsibility to his dead brother who cannot be prosecuted.

Now he is sorry – I would say sorry he was caught and sorry he was convicted. He may never be executed for this horrific crime, but the death sentence was appropriate; his carefully crafted, rehearsed, and insincere statement was not.