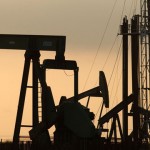 Brown sat down with KQED's Michael Krasny on Oct. 20, 2013 to discuss criticism from the Center for Biological Diversity's Kassie Seigel regarding his support and signing into law of Senate Bill 4 (SB4), the strictest environmental/seismic/public health protection law regulating the hydraulic fracturing process implemented in the United States.

Krasny: Critics are saying, “Can you really have a meaningful climate change pact if you don’t address fracking?”

Brown: The premise of that assertion is that climate change is primarily about fracking. And that’s the most absurd idea I’ve ever heard.

This is like saying one tire in the 1 billion vehicles in the world is the problem. Fracking is a point, it’s an issue, but climate change is dealing with cars, with power plants, with cows, with agriculture, with cement, with land use, with many, many things….

The key point here that most people have in their minds is fracking the Monterey shale. Nobody’s doing that. At best it’s several years if it ever happens. And it can’t happen until a  major and the first serious scientific study to an environmental impact analysis that I required by a law I signed two months ago is done. I’m supervising that analysis and we’re going to find out.

Some of these fracking people, I talked to one young lady, I said,  “Give science a chance.” [She said,] “No, I don’t’ need that, I studied it in college.” She did not study fracking the Monterey shale in college, because it has not been studied in any serious way before. But it will, and there will be plenty of time to make comments, the state will have to respond to each of the hundreds of thousand of comments. This is a big deal, and the fact that people have just pretended not to see it as a big deal, shows you the utter emptiness of some of the political debate today. People don’t know what the hell they’re talking about."

During the KQED interview of San Benito Rising's Mary Hsia-Coron, she concedes that San Benito Rising's proposed petroleum ban will negatively impact the oil industry, but that doing so is necessary in order for society to move toward solar energy and other renewable energy sources.

Conversely, during his interview, Armen Nahabedian with Citadel Oil repeats his mantra about petroleum production in the United States: "WE DRILL FOR IT OR WE KILL FOR IT" and I propose that we drill for oil here in the United States". This leaves voters to consider the moral imperatives of military-driven acts of homicide versus the more benign choice of domestic energy production at home. It's hard to imagine Steve Jobs making a similar case for marketing Apple products in a global marketplace.

Voters are encouraged to keep an open mind to both sides of the debate prior to the November election. KQED reduces the emotional reaction quotient that extremist environmentalists evoke in order to make their point. The story interviews experts, scientists and engineers to explore the inflammatory and fear-based claims made by extremist environmentalists about the impacts of the drought on water supply, agriculture and the oil industry.