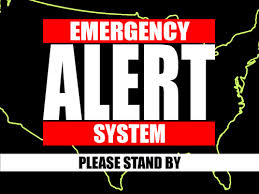 During an emergency such as the recent fire in San Juan Bautista that destroyed one house and caused property damage to others, San Benito County residents do not have the ability to broadcast emergency alerts – in either English or Spanish – to a broad spectrum of community members. If an earthquake, flood, act of terrorism threatens San Benito County, there is no mass media communication tool with which to warn and advise the public how to respond to such threats, access emergency supplies or seek police, fire department or public health advisements for safe potable water supplies.

Of all the secondary benefits of supporting the establishment of a Low Power FM (LPFM) radio broadcasting to benefit San Benito County, the primary and crucial driver of mass-media, community-produced LPFM broadcast information in English and Spanish will be its role in complementing the Emergency Alert System national public warning system.

How does the EAS work?

The FCC works with the Federal Emergency Management Agency and the National Oceanic and Atmospheric Administration's National Weather Serviceto implement the EAS at the national level. Only the President determines when the EAS will be activated at the national level, and has delegated the administration of this function to FEMA. Accordingly, FEMA activates the national EAS, and directs national EAS tests and exercises. The NWS uses the EAS on a local and statewide basis to provide the public with alerts and warnings regarding dangerous weather and other emergency conditions.

The EAS allows participating providers to send and receive emergency information quickly and automatically, even if their facilities are unattended. If one link in the system for spreading emergency alert information is broken, members of the public have multiple alternate sources of warning. EAS equipment also provides a method for automatic interruption of regular programming, and in certain instances is able to relay emergency messages in languages other than English.

What is the FCC's role in EAS?

The FCC's role includes prescribing rules establishing technical standards for the EAS, procedures for EAS participants to follow in the event the EAS is activated and EAS testing protocols. Additionally, the FCC ensures that state and local EAS plans developed by industry conform to the FCC's EAS rules and regulations. The FCC's goal is to make the EAS capable of distributing emergency information as quickly as possible to as many people as possible.

How can state and local authorities use EAS?

Along with its capability of providing an emergency message to the entire nation simultaneously, the EAS allows authorized state and local authorities to quickly distribute important local emergency information. A state emergency manager can use the EAS to broadcast a warning from one or more major radio stations in a particular state. EAS equipment in other radio and television stations, as well as in cable television systems in that state, can automatically monitor and rebroadcast the warning.

What about weather emergencies?

Additionally, EAS equipment can directly monitor the NWS for local weather and other emergency alerts, which local broadcast stations, cable systems, and other EAS participants can then rebroadcast, providing an almost immediate relay of local emergency messages to the public.

Local supporters of the proposed KQKE/LPFM radio station need your support to lobby Community Media Access Partnerhship (CMAP) to extend its FCC LPFM construction permit so that the group can raise the necessary funds to build and operate a LPFM radio station that will broadcast to a broad spectrum of community members in San Benito County necessary to improve vital and crucial emergency alerts and communications from the federal level all the way down to the local level.

Thank you, on behalf of KQKE/LPFM supporters.