Property tax issues can be confusing 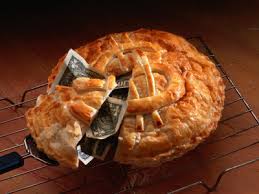 One of the reasons people do not understand how the property tax system works in California is that it has more nooks and crannies than then a good English muffin. Most explanations tend to address all of them. In this series I’m going to try and simplify the issue by skipping some of the more complex parts; the old adage applies, follow the money and you will have a basic understanding of the system; I will follow most of the money.

Total state general property tax levies (property tax bills) in 2013-2014 were $52 billion providing a basic funding stream to cities, counties, schools, and other districts. Each county generates a property tax levy based on assessed values, the tax rate, and other factors. For comparison, all state sales and use taxes generate about $48 billion annually and the state personal income tax generates $77 billion; therefore, property taxes are a significant source of funding.

There are two key components of this county-based system. The first is the size of the pie – how much money counties collect in property taxes; the second is how it is distributed. In this part, Part I, I will explain the size of the pie both in absolute (dollars) and relative (dollars per capita) terms.  In following parts I will discuss how the money is distributed and other things.

Once you have the size of the county pie a simple per capita calculation can show how much tax is available to support each resident or what I call the relative value. If two counties have the same tax levy (pie), but one has twice the population, they will have half the money to spend per resident.

Last year the total tax levy in each county (the assessed value times the tax rate) ranged from the low of $5.1 million for Sierra County to the high of $13.4 billion for Los Angeles, 2,627 times as much as Sierra.

Comparing the levies in Sierra County to Los Angeles obviously does not make sense, to compare them one must control for population.  Taking the total tax levies and dividing them by the county population gives you an idea the size of the tax pie available to support each resident.  In that case Sierra County (pop. 3,089) has $1,659 per capita while Los Angeles (pop. >10 million), has $1,338 per capita. On a property tax basis alone – without regard to other taxes or costs – Sierra County generates a larger pie per resident than Los Angeles.

This is a very useful indicator of relative economic condition of a county’s property, but it is not used for any actual tax purposes. Here is the result of my calculations using the population estimates from January, 2014: San Francisco, $2,449 per capita; Solano, $1,117; Napa, $2,328; and San Benito, $1,189.

San Benito County with the smallest population in the bay area, 57,500, closes ground on some other counties, such as Solano, Santa Cruz, and Monterey with larger populations, but we are still near the bottom of the Bay Area counties, number 11 out of the 12.  We do better when compared to the entire state, and number 30 on a per capita basis  – right about the middle.

However, the gaps adds up; for example, the $350 per capita difference between San Benito and the higher per capita in Sonoma, does not seem much, but it comes out to more than $20 million a year.

Now we have established the size of a county’s property tax pie and a way to compare them; next time we will deal with who gets how big of a slice – that is also highly variable.