Everyone wants a piece of the pie, including the state 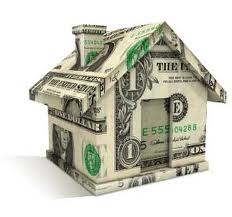 Before going into the details of property tax distribution in Part III, it is important to understand some basics about the two major property tax diversions, Redevelopment Agencies (RDAs) and the Educational Revenue Augmentation Funds (ERAF), and why each county has its own distribution schedule for the remaining funds.

RDAs have been officially eliminated but the debts they accrued, usually in the form of long-term bonds, linger on; those debts have a call on a portion of the property taxes for payment.

RDAs were voluntarily formed to eliminate blight and they were also required to use a portion of their funds for affordable housing. The funding source was future property tax increases.

When an RDA was formed the property values in the RDA district were frozen, the future increases were then diverted to local use. Selling bonds allowed RDAs to get a large portion of those projected funds up front.

The overall effect was that city RDAs diverted a portion of property taxes from other entities to pay their debts. The Hollister RDA receives 13.2 cents of each property tax dollar, the second largest share of distribution in the entire county. While Hollister was getting a “regular” distribution of only 1.5 cents per dollar, in truth they were getting 14.7 cents with the RDA included, although only the 1.5 cents had no strings attached.

Here is a rough outline of this mandatory program developed by the League of California Cities – In 1992, California had a serious deficit position. To fund education levels under Proposition 98, the state shifted partial financial responsibility [N.B., including Community Colleges] to local government. They instructed county auditors to shift the allocation of some local property tax to “educational revenue augmentation funds” (ERAFs), to support schools.

There have been some offsets, but most have gone to counties for specific purposes. ERAF diverters 12.0 cents of every San Benito property tax dollar, the fourth largest share, to education augmentation.  With ERAF included, schools receive about 63 cents (or percent) of every property tax dollar of the county property taxes.

Now that you understand the special property tax distribution imposed by RDAs and ERAF, which together use almost 26 cents per dollar off the top, we can discuss the distribution as a whole.

There are several thousand taxing entities in California in four categories; county, cities, schools, and other districts. The category called other districts can include the RDA, water districts, fire districts, and cemetery districts, among others. Every school is one, but only some apply in each county.  For example, a few years ago Benito County’s property tax distribution supported 42 taxing entities, each calculated to 8 decimal places.

When Proposition 13 came into effect, the state was faced with all those entities wanting their share of property taxes protected so the legislature based the fundamental distribution (except for RDA and ERAF), on the way the county was funding the entities at the time. This was state directed and locked in. Those who received large shares had no reason to change it and those who received small shares could do nothing without political support – gridlock.

The bottom line is that the tax distribution in every county is state-directed and different, sometimes very different, and there is little any taxing entity, including the county, can do about it.

The next part will deal with the distribution issue in detail; don’t miss it.