Will San Benito County do its share for American energy independence? 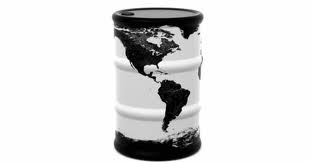 As San Benito County prepares to vote on whether or not to do its fair share towards supporting the nation’s energy independence, it might be enlightening to see where the county presently stands on energy production and use. The U.S.A., California, and even San Benito County all use more energy than they produce.  In 2012, California had the largest energy deficit (consumption minus production) of any state in the nation. Our state shortage was 1.5 times the one in second place, Florida.

We make up the difference by importing energy into the state, the portion that crude pays foreign suppliers $78.5 million a day – money often going to unfriendly regimes. Canada and Mexico are America’s biggest foreign oil suppliers, but not for imports to California. In 2013 the top three foreign sources supplying the state were Saudi Arabia 29.5 percent of imports (84.7 million barrels, bbl.), Ecuador 22.3 percent (63.8 million bbl.), and Iraq 18.6 percent (53.1 million bbl.). Canada was only 5.9 percent and Mexico less than 0.7 percent. California is heavily dependent on Gulf oil – 50 percent of imports overall when you count Kuwait and for instability don’t forget the 2 percent from Russia.

Before yelling “go solar” you need to be reminded that many Measure J supporters opposed the PV2 Solar Project; their lawsuits slowed the project and ran up the costs. Having lost in court, they are now working to have state agencies deny permits for PV2.

Whether you’re a person or a county you can’t just be a user, especially when you have a capability to contribute and the risks are tiny and getting smaller all the time. You have to do your part if you can, not everyone has the opportunity.

It’s your choice and your consequences.