If you buck these odds, you’re likely to lose 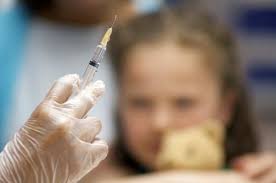 If you have a million dollars you had to bet on one roll of true dice, what number would you select?  The answer is seven, of course. The odds of rolling of a 7 are one on 6, while the odds of rolling a 5 or a 9 are only 1 in 9.

Betting against vaccinations is even worse odds than betting against the house in all but rare cases. If you have questions or special circumstances always talk to your doctor, but let’s look at the general facts.

“The best way to protect against measles is to get the measles-mumps-rubella shot (called the MMR shot)” says the U.S. Centers for Disease Control and Prevention (CDC).

The MMR vaccine is like any other drug, it can have undesirable side effects, but these are rare. According to the CDC, the most common dangerous side effects of the measles vaccine “are rare. These may include high fever that could cause a seizure (in about 1 person out of every 3,000 who get the shot) and temporary pain and stiffness in joints (mostly in teens and adults).

On the other hand the odds of serious complications from measles itself are very high. “Measles can be dangerous, especially for babies and young children. From 2001-2013, 28% of children younger than 5 years old who had measles had to be treated in the hospital.”

For some children, measles can lead to pneumonia (a serious lung infection), lifelong brain damage, deafness, or death.

How does measles spread?

Measles spreads when a person infected with the measles virus breathes, coughs, or sneezes. It is very contagious. You can catch measles just by being in a room where a person with measles has been, up to 2 hours after that person is gone. And you can catch measles from an infected person even before they have a measles rash. Almost everyone who has not had the MMR shot will get measles if they are exposed to the measles virus.”

So, why do some parents oppose vaccination? My personal guess is that many are afraid of the guilt they will feel if their children have a rare, but serious, side effect from the MMR vaccine.  This possibility is often reinforced by fear mongers and purveyors of junk science.  The truth is that measles is a highly contagious disease and if a large segment of the population refuses vaccination it will be even harder to prevent your child from getting it.  Doing the right thing is never an iron-clad guarantee, but it gives your children the best chance to stay healthy by far.

[Source of medical information: CDC “Measles and the Vaccine (Shot) to Prevent It,” INFORMATION FOR PARENTS, Last updated July 2014]