The right answer cannot find a perch between the edges 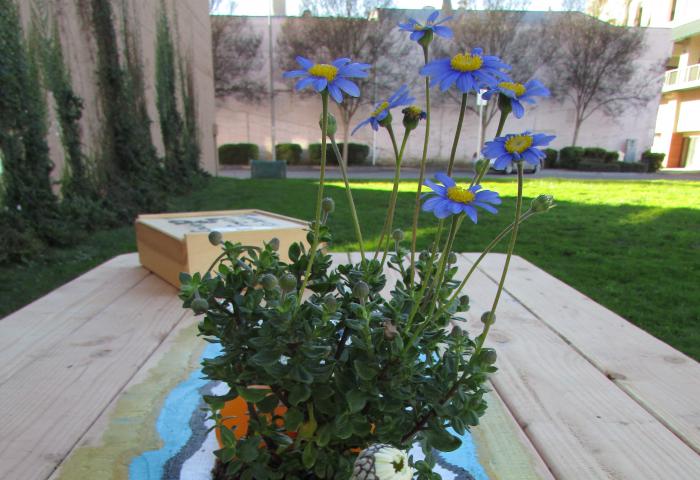 On May 2, the Hollister City Council accepted a commercial project proposal for a mixed-use retail building and philanthropic office center for 400 Block, which is the southwest corner of the intersection of San Benito and Fourth streets. The vote was 4-0; Mayor Ignacio Velazquez recused himself because he owns the property next door.

The project will work within its footprint, it should not end up as a half-empty building, but its economic impact on the struggling downtown is highly questionable. That last part is a vital as any other attribute, but is was essentially ignored in the discussion.

The defunct Hollister Redevelopment Agency (RDA) poured millions of public dollars into the downtown area in a futile attempt at elusive "revitalization," all to no avail. The area is generously spattered with empty or under-utilized commercial spaces occupied by the renters of last resort.

Unfortunately, there seemed to be little or no room between the development proposal and the open space supporters for what I consider the right answer – a better project.

Have we learned nothing from all those millions and all that effort? Failure serves a purpose if, and only if, you learn from it, but we seem to be determined not to learn anything from our previous over-optimistic attempts to rebuild the downtown. The lesson is clear, merely building or rebuilding is not sufficient to generate economic activity, it’s what the building does (its use) that counts the most.

On that account, the condos or apartments mixed-use portion, which is undoubtedly the developer’s financial backbone, is a plus. There is a general consensus that people living in an urbanized area spend money there. I have no problem with the concept of mixed use.

The next question is, can the mixed use component, by itself, provide the economic shot-in-the-arm the downtown desperately needs? The answer is no and except for the café/bakery/restaurant, the proposed rabbit-warren retail can’t do it either.   All that will do is move retail from other, less desirable, buildings.

Even the developer's list of potential retail and office tenants has no zip; saved by a real estate office and expensive ice cream parlor? I don’t think so.

What the downtown needs is people who come there to do things, especially on nights and weekends. The city and county residents with the largest disposable incomes live nowhere near the 400 Block, but they will go there is they have a reason. I just do not think that me-too retail will do it.

We live in an event-driven society, the most successful people movers are events of every size and kind and therein lies the project’s opportunity to be both a commercial success and make a positive impact on the entire downtown area.

The detailed design needs to be changed to provide adequate indoor-outdoor event space, call it an event center; an event center is a business that brings economic foot traffic to the area and many are commercially successful.

Event Center is a neutral designation because it could be used for many types of events both public and private. This could be for the performing arts, art shows, and weddings, coming out parties, awards ceremonies, mini-conventions, product shows, and anything you can think of. It could serve as an adjunct to events that already take place; an example would be premium vendor space for the motorcycle rally, registration services, a photo gallery for the car show, etc.

The project was approved, we now need to work to convince the developer that this concept is in their interests, it will make whatever other space is there, such as a café or retail, much more valuable and it will serve the area better which increases the value of the real estate. What’s good for the neighborhood is good for their business.