You perceptions of budget spending may not be reality 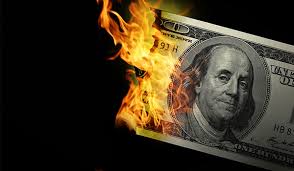 According to the Office of Management and Budget (OMB), the proposed Fiscal Year 2015 federal budget had total spending of $3.8 trillion making up about 21 percent of the U.S. Gross Domestic Product (GDP). That’s also about $12,000 for every woman, man and child in the United States.  The first question is where does the money go?

Before you read the answers I suggest you jot down, by percentage, where you think the money goes; after you’re finished we’ll check your perceptions against reality and see how well you did.

Understanding that the spending categories may “leak” from blurred lines, the six general categories in alphabetical order are:

Interest on the Debt equals 6 percent, $228 billion, three times the Education category; for that cost we get to borrow money.But, like all debt, we have only limited options when it comes to paying it off.

International affairs account for 1 percent of the budget, $38 billion.

As you probably guessed, Social Programs are the big eaters when it comes to the budget. Medicare and Health, Social Security, Unemployment and Labor, Housing and Community Development together use 63 percent of the budget or $2.4 trillion in round numbers.Medicare and Health is 27 percent, more than $1 trillion; Social Security, Unemployment and Labor is 33 percent, $1.25 trillion; and Housing and Community Development is 3 percent, $114 billion.

There you have it, 67 percent of the federal budget goes to social spending when you include the 4 percent Veterans’ Benefits in that category, as I would.  The rest of Defense is 16 percent and that leaves 17 percent for everything else.  In one way it looks very lopsided and 2 percent or 3 percent does not sound like much; however the dollar figures are enormous.

That’s the same as spending $10.4 billion every day or $433.8 million every hour around the clock for a year.

Be honest, how did you do? I’d say if you were plus or minus 5 percent in the two major categories, Social Programs and Defense, you should go to the head of the class.