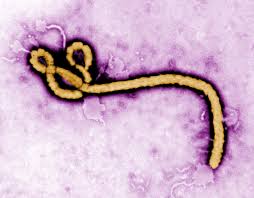 The "60 Minutes" story and interviews with the healthcare workers who risked their lives caring for the Ebola stricken patient in Dallas was riveting; their efforts in face of danger were certainly heroic. At the same time, the part where the nurse said that the protective protocol in place from the CDC (United States Centers for Disease Control and Prevention) was inadequate was very disturbing.  How could we be in that position when the CDC knew how the virus transferred and danger presented by late-stage patients?

As we saw during the emergency response to Hurricane Katrina, the years of system-wide neglect by the VA, and now the Ebola threat, our best and brightest can’t seem to get the planning and readiness job done.  They are more expert at riding to the rescue – stimulated to real action on the cusp of disaster or after the horses have left the barn.

One essential reason to have a government and institutions is to provide collective expertise and wisdom; this is especially true when dealing with a threat that already exists or is clearly foreseeable, like Ebola. On the spot decision making and execution by individuals is notoriously unreliable, they forget things, plan poorly, and fumble the ball. To counteract these universal human frailties we assemble groups of experts, including expert managers, and plan our responses to threats. Typically, we design implementing procedures and train so when the threat becomes reality we are ready. Training is a crucial step because it serves to debug the plans. One cannot easily simulate the physical and psychological stress of wearing an impervious bunny suit for several hours. The planner may believe that three hours on duty followed by a 15-minute break is a good schedule – until they try it.

Luckily, the hospital staff in Dallas recognized that the protective clothing and equipment specified by the CDC were inadequate leaving areas of exposed skin and single mask respiratory tract shielding in an environment where the late stage Ebola patient was spreading bodily fluids everywhere due to the nature of the disease. My engineering mind wants to know if the CDC ever actually dressed nurses of various shapes and sizes in the protective clothing they initially recommended and examined the ensemble to see if it would do the job? I doubt it. People tend to over-trust their own judgment and collective judgment is often exposed to even less scrutiny.

This is a perfect example of why the public should bristle when told by the authorities, “Don’t worry about it, we have it all under control.”  It’s rarely, if ever, true.  Experts and leaders make stupid mistakes like everyone else and worrying about it is the best way to get them to check their work.