Public rural healthcare systems are at a vital crossroads 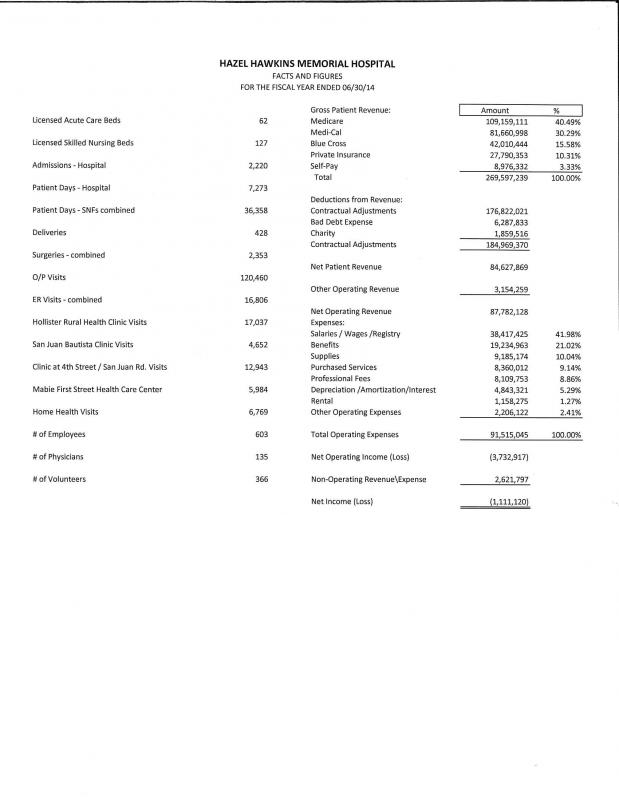 Nothing in American society is changing faster than all aspects of the healthcare sector which has come to dominate our lives socially, politically, and economically. Twenty years ago Silicon Valley was in the computer business, now it is in the healthcare business and since so much of healthcare is publically funded that change puts a whole new spin on things.

While the talking heads have focused on the impacts of the hot-button Affordable Care Act (ACA), it was only the boulder that triggered the inevitable avalanche of changes that were coming no matter what. If it had not been the ACA it would have been something else – the healthcare mountain had been precariously balanced between what we wanted to do and what we could afford to do; it was an unstable and untenable position for decades as costs far outpaced our ability to pay, but not our appetite for more healthcare.

How difficult is this issue? The ACA rollout, where the governmental majority put everything it had into only this one aspect of healthcare and still had so many serious problems, should give us all pause. They found out the hard way that major avalanches are almost impossible to throttle and steer.  Bringing down the mountain with more boulders like draconian reimbursement rate reductions is going to leave a lot of damage behind.

Much of the county’s healthcare needs are served by a Special District, the San Benito County Healthcare District, which operates Hazel Hawkins Memorial Hospital, clinics, a skilled nursing facility, and home healthcare services.

The attached Facts and Figures data sheet for the Fiscal Year ending June 30, 2014 will give you some idea of size and complexity of that one aspect of the healthcare systems serving even our small county.

For the year, the system had a net operating income loss exceeding $3.7 million. Net operating income is where I go to evaluate my personal investments, why shouldn’t I go there to evaluate the long-term viability my public investments? While state law requires that whenever possible permit provider facilities operate on a self-supporting basis, the continued squeeze between operating costs – primarily salaries, wages, benefits, and professional fees – and shrinking public and private reimbursement rates, are making it more and more difficult for rural healthcare districts to stay in the black.

Inpatient reimbursement rates for Hazel Hawkins were almost 40 percent Medi-Cal and more than 13 percent county Indigent in 2013 according to data in the state-published Healthcare Atlas. Realistically, these public-private agencies are the only way to deliver hospital-level services to rural populations, but the shrinking rates do not even cover the built-in costs much less provide massive capital investment necessary to re-tool old data management systems and eliminate inefficiencies.

It is imperative that the Healthcare District and community act in a preventive manner to ensure the state and federal government provides adequate funding in the form of realistic reimbursement rates and the capital necessary for the data management improvements or our district and many others may not survive. Seven California health care districts declared bankruptcy between 2000 and 2012.

The healthcare districts must also do their part and find ways to operate more efficiently. The recent thorny issues surrounding Saint Louise Regional Hospital and other facilities operated by the Daughters of Charity Health System are clear warnings; the question remains, is anybody listening to the alarm bells?