The San Benito County Board of Supervisors approved a contract with the lobbyist firm Nielsen Merksamer Parrinello Gross & Leoni, LLP for the rest of the year at a cost of $40,000. Supervisor Mark Medina was the only “no” vote at the April 13 meeting.

According to the agenda packet, San Benito is one of eight counties in the state that doesn’t employ a lobbyist.

County management analyst Dulce Alonso said the county contracted with Matt Siverling from January 2015 to August 2016 and most recently with Kim Stone from December 2017 to December 2018.

Alonso said the return on those investments in lobbyists was positive, with a gain of over $3.7 million, all by Siverling, through SB 107, the Educational Revenue Augmentation Fund Relief. Counties and other jurisdictions, such as cities and County Service Areas, are required to pay into the fund annually through property taxes.

In a presentation focused on what the county gained from Siverling, County Administrative Officer Ray Espinosa said there was no success with Stone because of her lack of experience in dealing with counties.

“I don’t think she fully was aware of county lobbyist-type work,” Espinosa said. “But my understanding is that she is a good lobbyist in her field.”

Despite the most recent experience with Stone, Espinosa said the county could obtain some “low-hanging fruit” with a lobbyist in Sacramento.

“They actually have a tremendous amount of sales tax that they weren’t planning for in the beginning of this year,” Espinosa said, noting the county could only contract for the remainder of the year as a trial.

Espinosa said Siverling was contracted for $15,800. The county spent about $89,000 on Stone with little or no return.

Following the presentation, Medina said the numbers presented were “a joke.” He first challenged that Silverling was not a lobbyist but a consultant hired to help with educational revenue fund relief.

“You look at this. You are giving false information to our constituents by saying the investment gain was $3.74 million,” Medina said. “That’s my first problem I have.”

He went on to say his second problem is the “total disaster” the county had by contracting with Stone.

“I don’t mind trying things again but we don’t have the capacity to hire a lobbyist,” Medina said, adding that with Senator Anna Caballero and Assemblyman Robert Rivas, the county is already represented.

Rivas, when he was a county supervisor, voted to contract with Stone. Rivas and Stone knew each other as she had previously worked with his brother Robert Rivas.

The other supervisors disagreed with Medina, saying that Caballero and Rivas represent not only San Benito County, but other jurisdictions as well.

Supervisor Bob Tiffany said it was after attending training by California State Association of Counties and several conversations with Rivas that he requested the board consider engaging a lobbyist.

“In particular, Assemblymember Rivas, multiple times, told me that we need to advocate for ourselves in Sacramento and help him advocate for San Benito County, and support him,” Tiffany said.

Tiffany said an investment of about $60,000 for a lobbyist isn’t a big risk compared to the potential gain of millions of dollars.

He also said he has spoken with the lobbyist the county is considering and that she was “extremely impressive.”

Though the lobbyist’s name was not mentioned in the meeting, Supervisor Peter Hernandez told BenitoLink it was Michelle Rubalcava.

Supervisor Kollin Kosmicki said he has come full circle from being a skeptic to believing that the right lobbyist can benefit the community.

“I believe we are leaving a whole lot on the table because we don’t have a lobbyist,” Kosmicki said. He said the lobbyist can focus on getting funds for the regional park, library and a few other issues.

Supervisors Bea Gonzalez and Hernandez both said they were also impressed with the lobbyist, noting that she guaranteed to provide results within the six-month trial period.

“The way that she presented the $40,000 cost, it was less about the money and [more] about her showing us that she could get it done,” Hernandez said.

Question of transparency raised over Rivas nomination for lobbyist 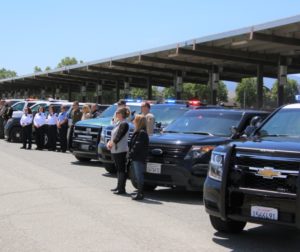 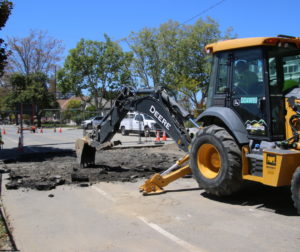