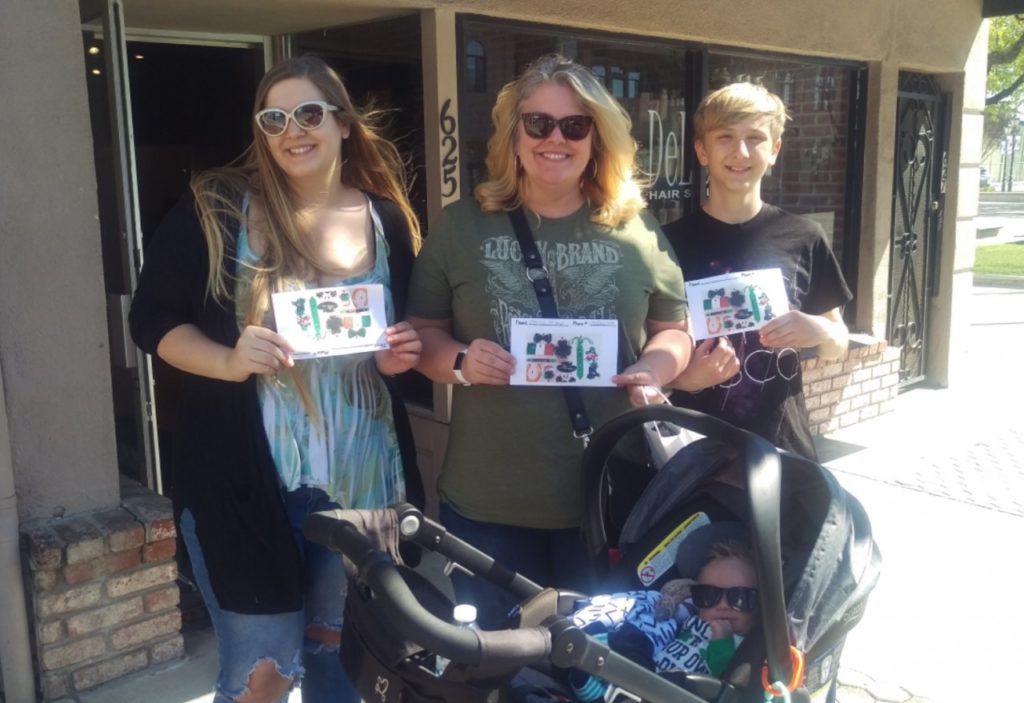 Marni Bishop (center) and her family participated in the March 16 scavenger hunt. On top of creating a competition to see who could find the hidden items in the shortest amount of time, Bishop stated, "I'm buying all kinds of stuff." Photo by Becky Bonner. “There still is not enough people in Hollister, both natives and newcomers, that know what is available downtown,” Marfia said. “An event like this lets them see for themselves.”

One family determined to find all nine items included the Bishops, who thought the event sounded like a fun thing to do on a Saturday afternoon.

“We have a competition going on of who will find [the nine items] first,” Marni Bishop said.

Hollister local Leila Sadeghian also partook in Saturday’s event. Dressed in her St. Patrick’s Day best, she said, “It is a fun thing for the community and good for local businesses.”

For people new to Hollister, like Taylor Royster, upon learning about the scavenger hunt during a walk downtown on Saturday, she expressed her excitement.

“I thought how awesome it was,” Royster said. “It’s great to get involved with the community and this is a great way to get to know the shops downtown.”

“It brings everyone together and slows them down to see what we have downtown,” he said.

For Marfia, part of the excitement of the day was working with other local businesses and watching younger folks enjoy themselves.

“This has been well-received by businesses participating in the event,” Marfia said. “Kids are having a great time. They came running in here with their cards thinking it was a race.”