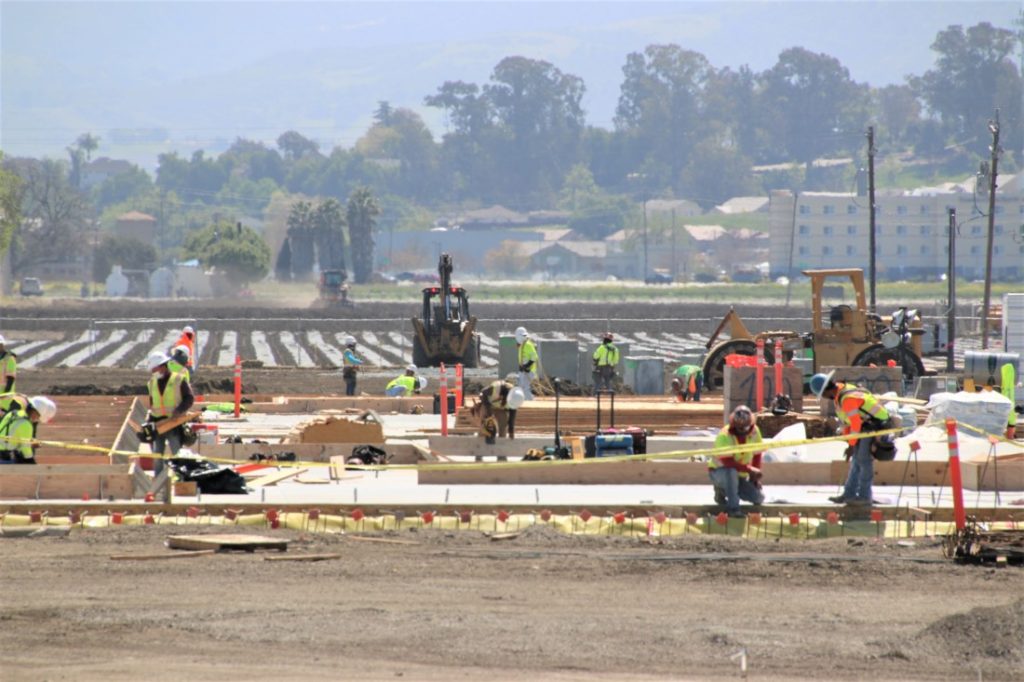 Site of the Amazon project, which according to Marc Fontes is a $50 million investment that could be followed by others. Photo by John Chadwell.
×

Editorial note: Changes were made to the original story concerning Corbin Motorcycle Seats & Accessories after Mike Corbin realized he had made an error during his interview. BenitoLink agreed to retract his statements after he apologized for misspeaking.

The EDC has helped businesses understand and use the Coronavirus Aid, Relief, and Economic Security Act (CARES), Small Business Association Paycheck Protection Program (SBAPPP) and other resources, he said. Coordination was primarily with the county because EDC was already working with the San Benito County Public Health and Human Services Agency in its response to the pandemic.

Fontes said the EDC also learned about the Revolving Loan Fund, which can be used for small business micro loans, ranging from $5,000 to $25,000. Working with Access Capital, San Benito County Chamber of Commerce and Hollister Downtown Association they coordinated webinars to promote the program, now called Grow San Benito Fund.

He said broadband is important to the county and Etheric Networks received a permit to expand broadband service, giving the county the opportunity to further market itself to commercial developers. He said the EDC has heard there is interest from Silicon Valley manufacturers because of broadband capabilities.

“There are a couple of businesses that are seriously looking at locations in Hollister,” he said. “One of the things that attracts them is the ability to purchase land and build their buildings to spec rather than being renters in Milpitas or San Jose.”

He went on to say the EDC also identified and marketed the Federal New Markets Tax Credit. He said it’s only available to certain census tracts, such as the county’s industrial park and around the airport. When the EDC learns that a company is looking to relocate to Hollister, it makes the company aware of the federal tax credit that can amount to 39% of a project’s total cost, paid over seven years.

The EDC is also working with the San Benito Citizens for a Brighter Future organization to produce and distribute a quarterly digital magazine to promote a local shop campaign, patterned after the Holiday Wish Book that was distributed through social media in December. He said with the council’s approval of the return of the Farmers’ Market, Hollister Downtown Association will have a full-page ad in the digital magazine to promote the Wednesday events.

The arrival of Amazon in Hollister is a big win, Fontes said, but also said small wins are important too. He pointed out two companies—Fireclay Tile in Aromas and Corbin Motorcycle Seats & Accessories in Hollister—in particular, as wins for the EDC.

Fireclay Tile CEO Eric Edelson told BenitoLink that he was excited about the change and grateful for the assistance from EDC as the company expands its operation in Aromas, while continuing to employ 135 people.

As for Corbin, Fontes told the council that once the EDC found out the company had shut down because it was not considered essential under COVID-19 regulations, it took just three days for the agency to get it up and running after determining it was essential because one of its customers was the U.S. Marines.

Mike Corbin told BenitoLink that he closed the company in March out of concern for his employees’ health. Some of them had traveled to Mexico where they contracted COVID, but all had recovered. The company was shuttered for nearly three months and is now operating as an essential company because of its military contract and the assistance from EDC.

Looking to the future

Fontes said the EDC had been working with the Airport Committee to promote the airport as an economic development tool. He said the plan is to link the EDC with all marketing efforts to assure a consistent message that Hollister is a great place to do business, work remotely and raise families.

“EDC will continue to focus on our primary role of promoting business expansion, retention and attraction in coordination with our business organization partners, as well as the city and county,” he said.

The mayor thanked Fontes for his report and said, “My wish has been for EDC to focus on bringing in the larger type of projects and leave events to the chamber commerce and HDA.” 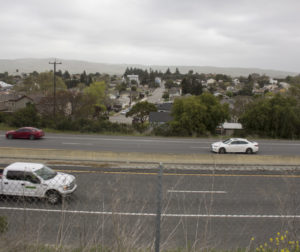 Consultant David Mack warns the city might get stuck with an ugly wall if it tries to get Caltrans involved.