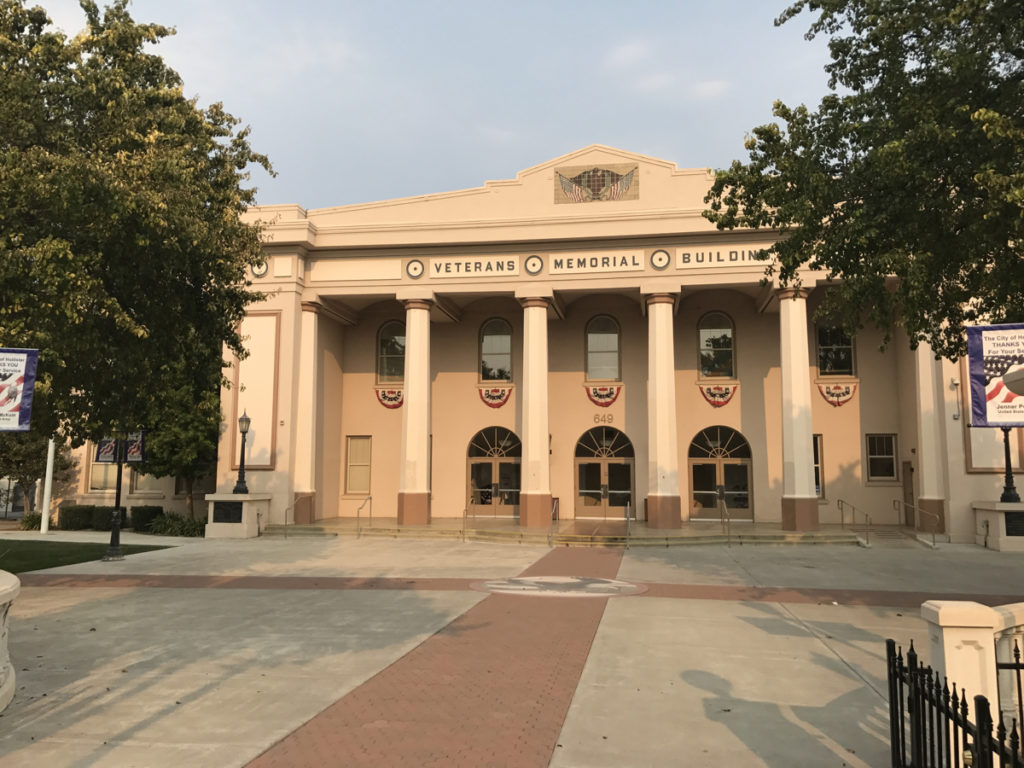 The priority coronavirus testing site at the Veterans Memorial Building in Hollister began operations on May 5, one week after San Benito County was designated a priority testing site by the California Department of Health. San Benito County Public Health Services gave that update at a May 5 Board of Supervisors meeting, where the board unanimously extended its local emergency proclamation for 60 days.

Lynn Mello, deputy director of public health services, said the testing site at 649 San Benito Street will operate Sunday through Thursday from 8 a.m. to 8 p.m. While the state designated San Benito County for the testing program, it is funded by the federal government, which contracted with OptumServe to run the site with assistance from the county.

For now, only priority groups are eligible to be tested there, such as first responders and health care workers. Mello said that when the site is open to the public, tests will be available by appointment only. More information on how non-priority residents can make appointments is expected to be released later this week.

Health educators will conduct an outreach campaign, visiting different areas in the county to help vulnerable populations register for a test.

Mello said the process of testing and making appointments was experiencing some glitches, and the department hoped to resolve those before opening to the general public.

Before resigning last week, former public health officer Dr. Martin Fenstersheib said the goal was to test between 90 and 130 people per day for 60 days. It’s estimated to take two days to get test results.

“We have two machines that we run coronavirus tests through,” Bogey said. “We are able to get tests back pretty quickly.”

As the county’s testing capabilities increase, the hospital has seen a drop in the number of people being tested, from about 70 a day to 40. According to the county’s COVID-19 dashboard, 1,017 people have been tested as of May 5, yielding 938 negative results with 27 still pending.

Supervisors also heard from management analyst Dulce Alonzo, who gave an update on a county loan program to help local businesses. Funds would be used from the Grow San Benito County Loan Fund to offer loans ranging from $5,000 to $25,000, with a five-year maximum loan term.

According to the meeting agenda packet, the loan program is intended to cover payroll, sick leave, employee-related insurance, rent and inventory costs.

County Administrative Officer Ray Espinosa said the county might have to call a special meeting later in the week to approve the program.