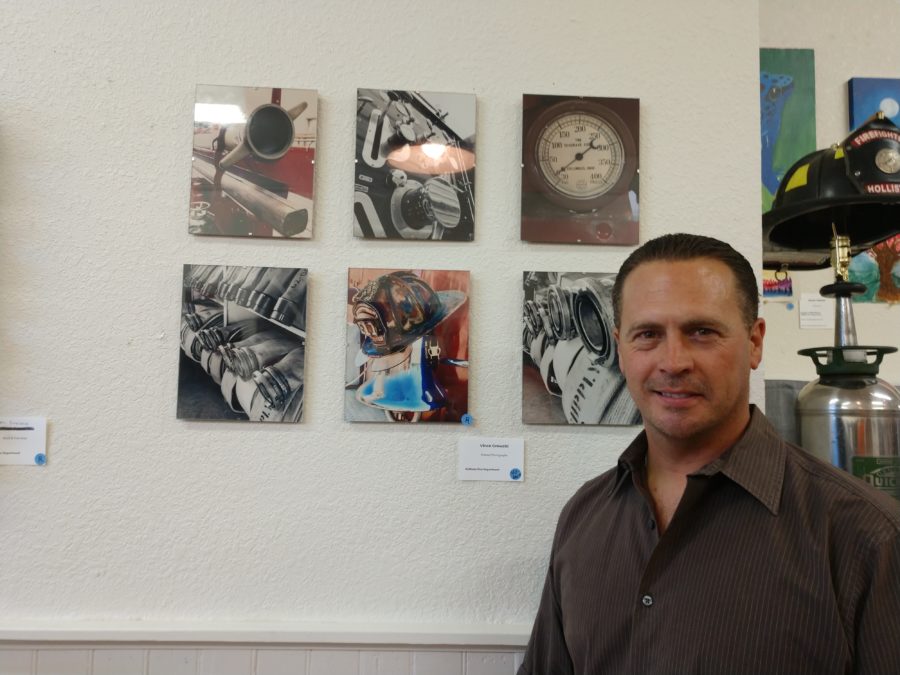 Hollister firefighter Vince Grewohl stands next to his art on display. Photo by Carmel de Bertaut. 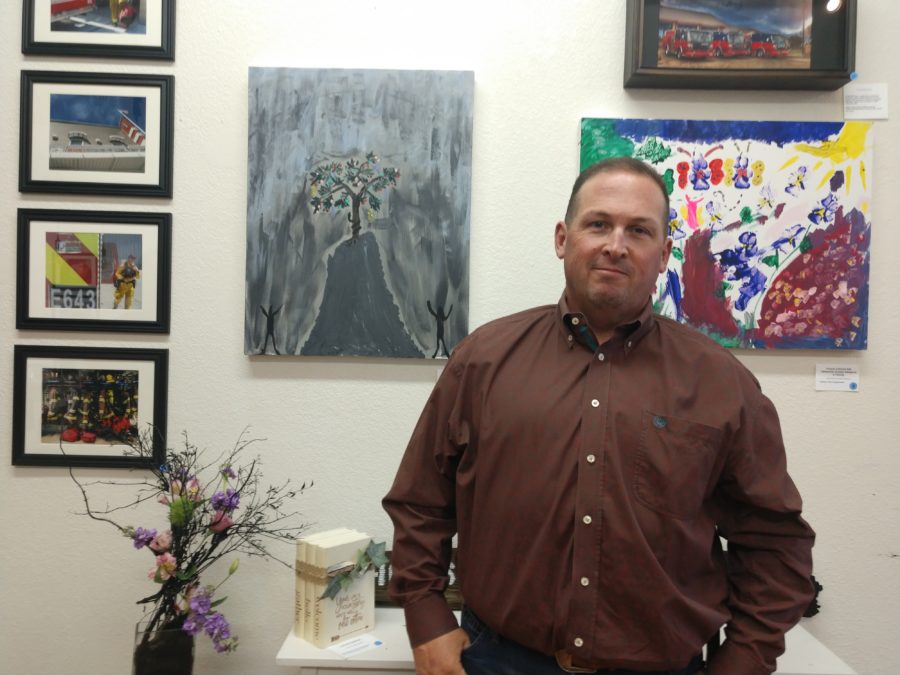 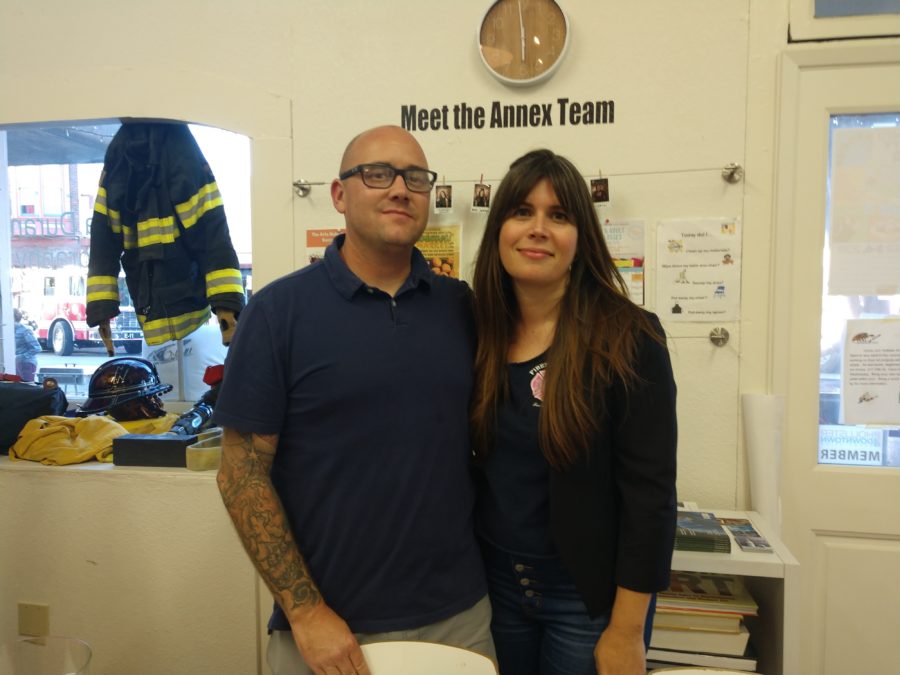 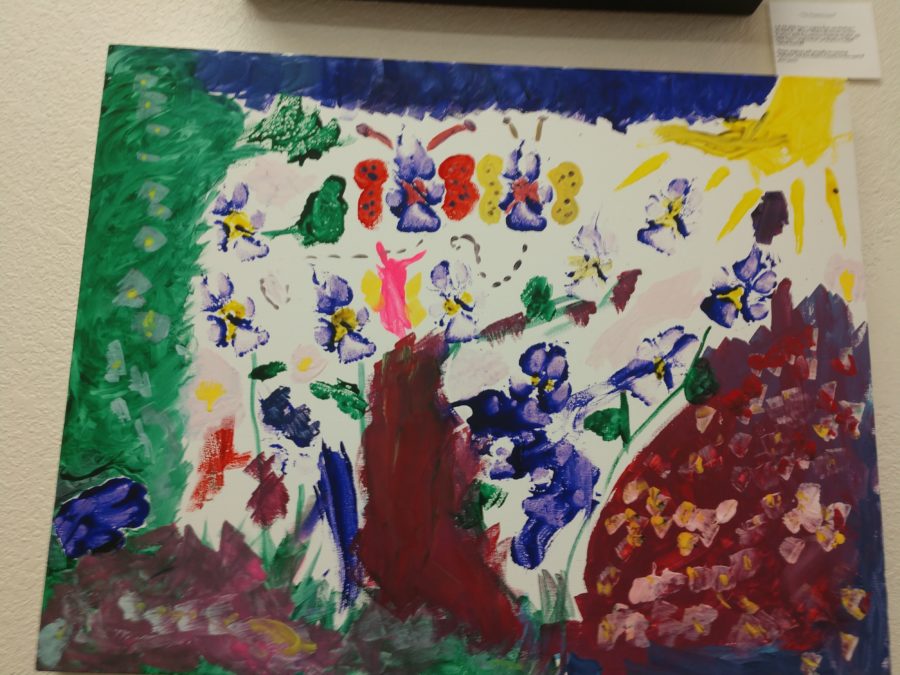 Not to be outdone by his two-legged team, retired K9 unit Officer Freeze had his art on display. Photo by Carmel de Bertaut. 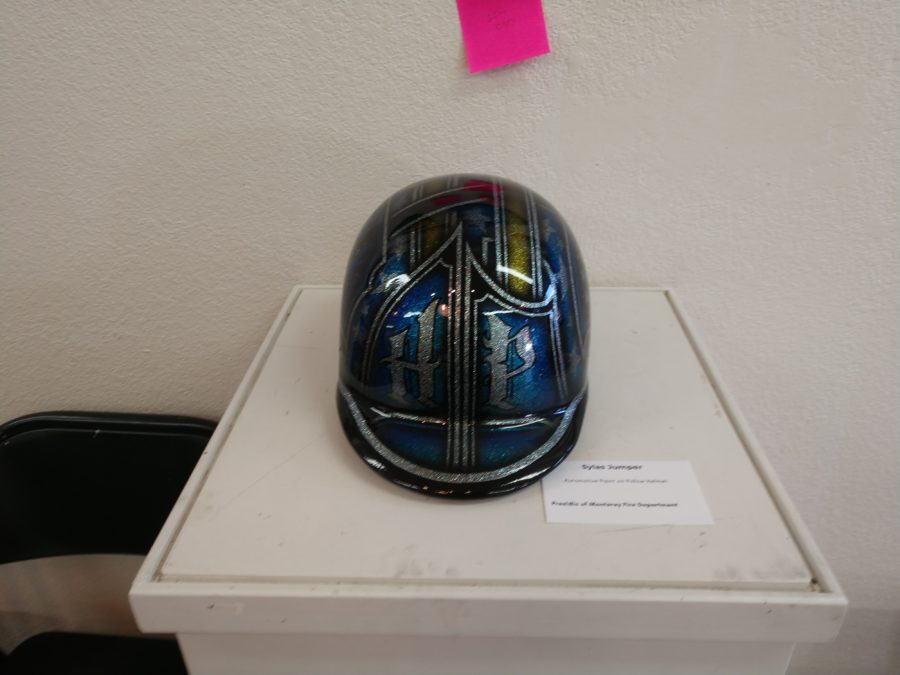 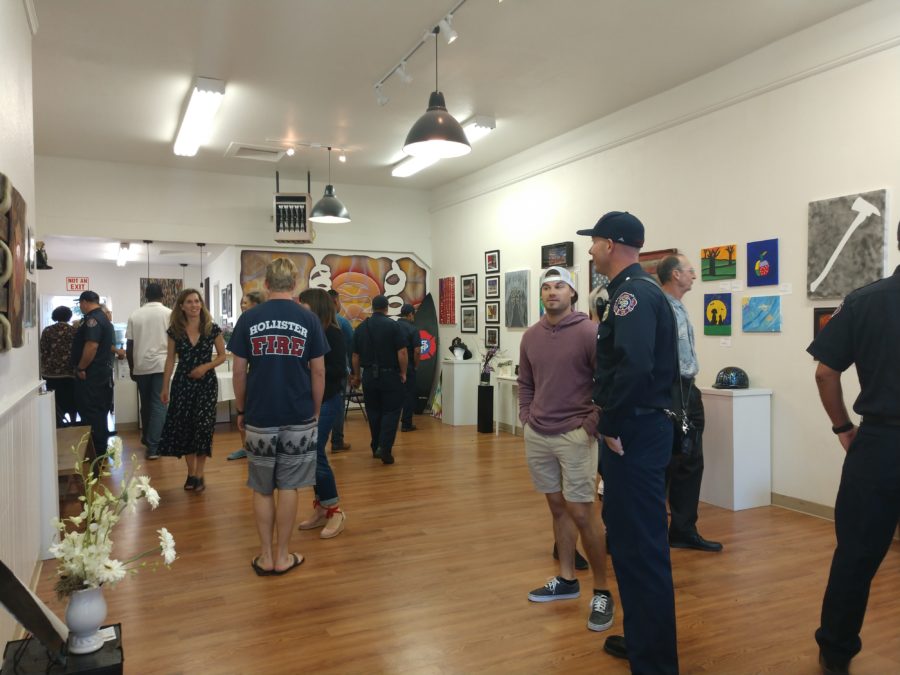 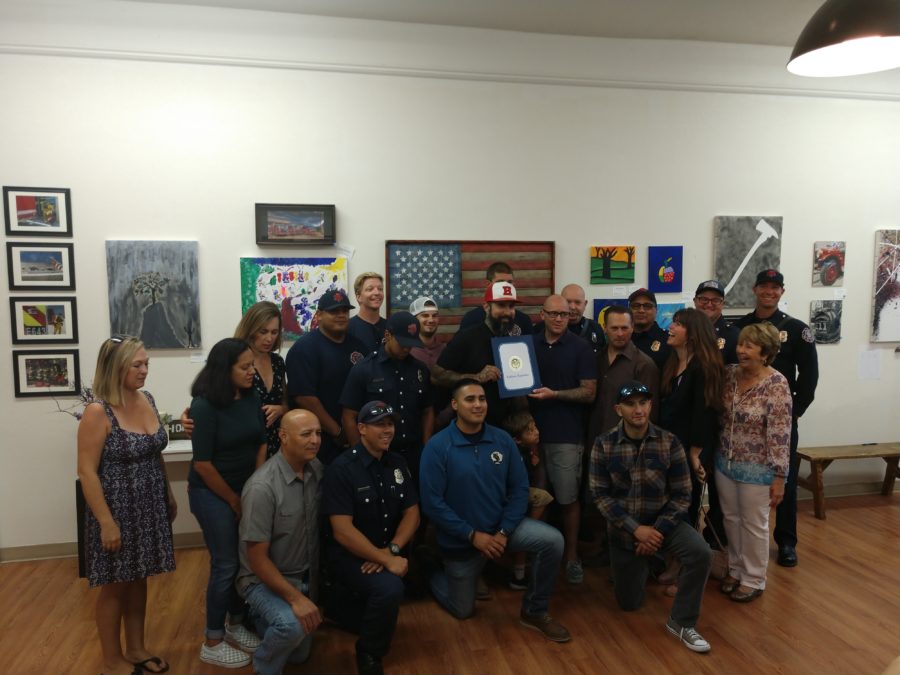 First Responders and Arts Council staff and board pose for a photo at the Sept. 27 reception. Photo by Carmel de Bertaut. 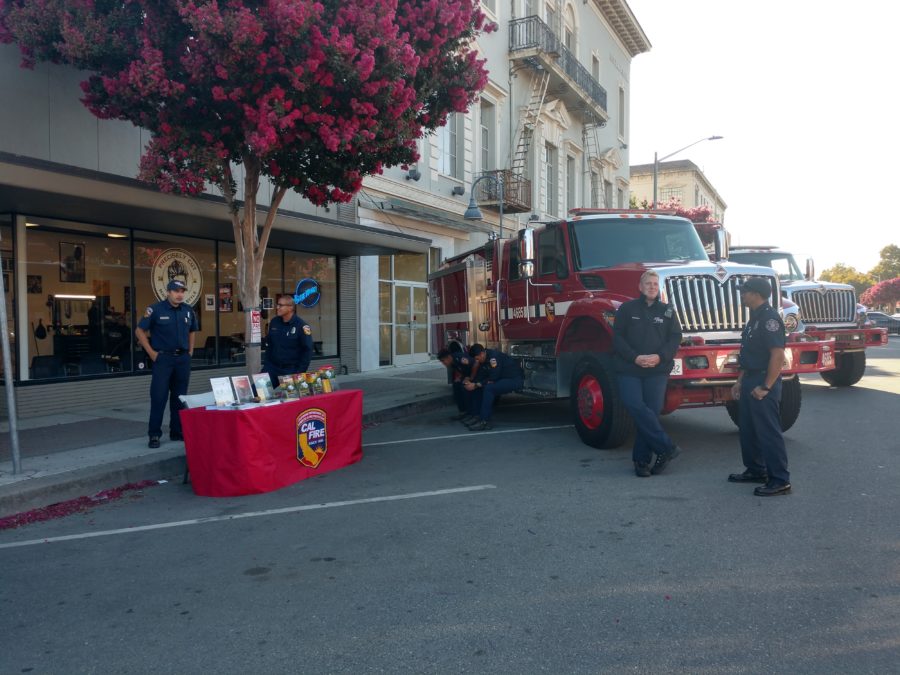 Cal Fire showed up to lend their support and engage the community in fire safety discussions. Photo by Carmel de Bertaut.
×

The San Benito Arts Council Annex building was full of artists and spectators for the opening of the First Responders Art Show on Sept. 27. All proceeds went toward mental health and peer support for fire, police and medical responders.

Westrick told BenitoLink the event was “about engagement with the folks that are out there 24 hours a day, it is bringing the community together. That is important for us.”

The police chief displayed his painting titled The First Crime, which depicts a serpent wrapped around the trunk of a tree as a man and woman stand below.

“It shows we are just like everyone else,” he said. He spoke of the importance of mental health care for first responders, who can suffer from post-traumatic stress injury.

“Mental health is foremost on my mind,” Westrick said. “It was such a taboo when I first started 30 years ago, but now it is such a humongous advantage to talk about it. To have those clinicians work with our folks that have seen such horrors, things soldiers have PTSI for, we are seeing in our police officers.”

Over 50 people showed up during the two-hour event. The idea stemmed from Arts Council Marketing and Brand Manager Heidi Jumper and her husband Sylas, who is a firefighter with the U.S. Department of Defense. Heidi said the show is to “showcase there is another side to first responders.”

Jennifer Laine, executive director of the Arts Council, said she believes art is a good way for first responders to deal with stress and was pleased with the work presented and the success of the opening. The council hopes to make it an annual event.

Vince Grewohl, president of the Hollister Firefighters Association Local 3395 and a Hollister firefighter for 18 years, had several photographs of firetruck parts on display at the exhibit. He said he was surprised by the artwork and the turnout, and said that mental health is a “big problem” in his line of work.

“Statistically speaking there are more firefighter suicides than there are line of duty deaths,” Grewohl said. “Day in day out the men and women see tragic things and it is hard to have outlets to express yourself. I know teaming up with San Benito Arts Council could turn into a good outlet for first responders.”

San Benito County Supervisor Jim Gillio attended the event and told BenitoLink that as a retired officer of 15 years with the Gilroy Police Department, he knows how it is to be a first responder.

“Being a peace officer is a very difficult job, a very trying job,” Gillio said. “You see a lot of things normal human beings aren’t meant to see, you have a lot of normal human reactions to abnormal situations. Having a show like this for first responders to be able to express their creativity and perhaps burn some of that stress is pretty cool, and also raising funds for mental health awareness for first responders is critical. This is really an unbelievable event, first of its kind in this county and I support it 100%.”

The show runs through Oct. 4. Contact Heidi Jumper at heidi@sanbenitoarts.org to make arrangements for viewing.