Though they rescued only one dog, Ryan Okrant said he was pleased his help was not needed. 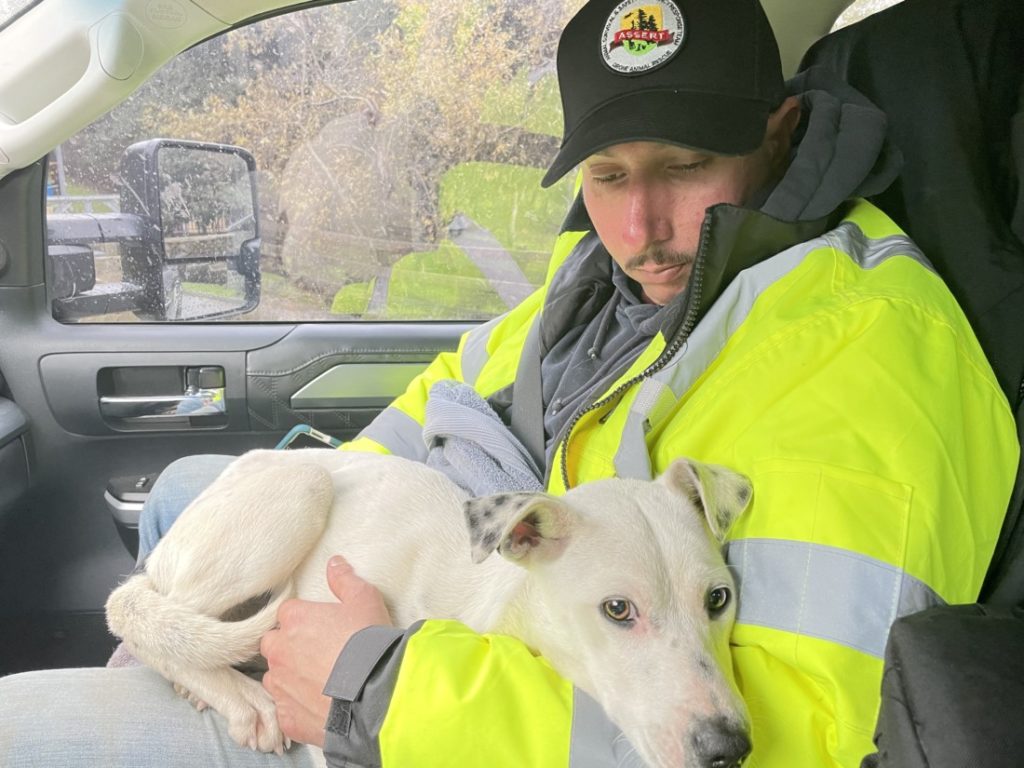 Omar Harasis with the rescued dog. Photo by Ryan Okrant. 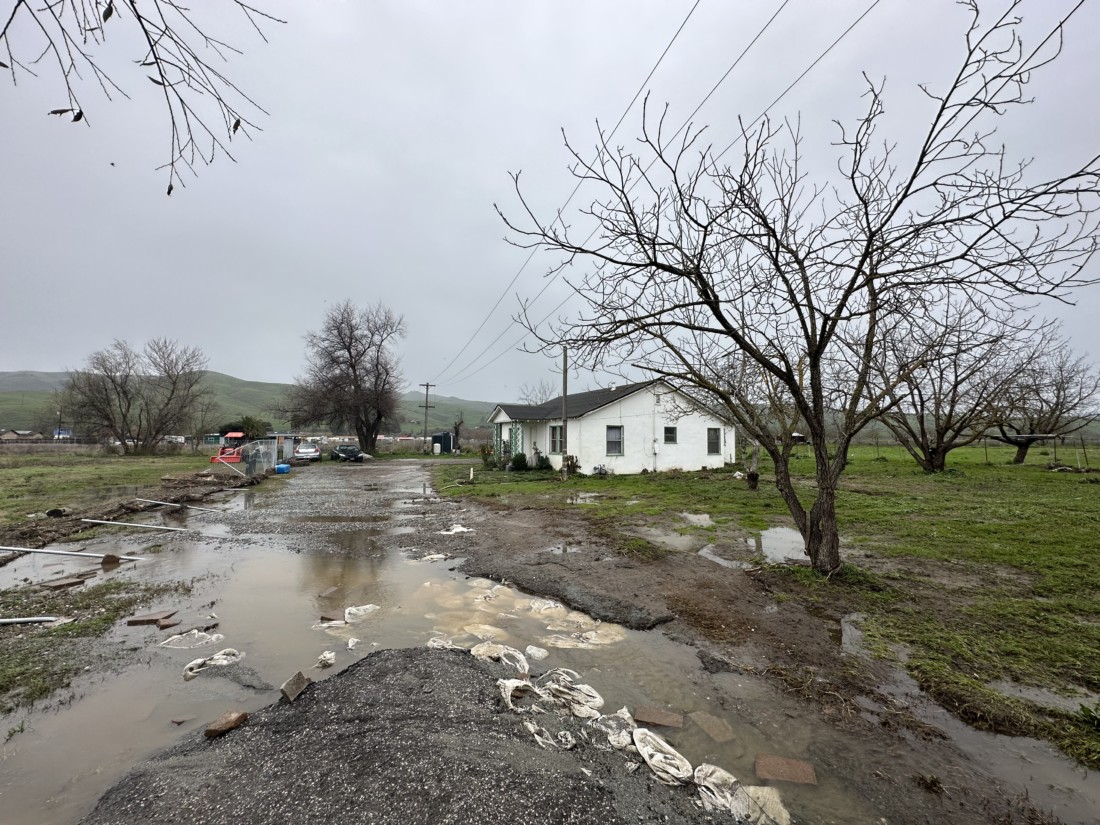 A flooded driveway on Lovers Lane. Photo by Robert Eliason.
×

After a three-hour search, he and team member Omar Harasis discovered only one animal needing help: a very cold and wet dog that was happy to be found.

“It is a mixed breed, female, about 25 pounds,” he said. “She’s very well-behaved—ate chicken breast right out of my fingers without biting me. We scanned her, and there is no chip, so we will post pictures of her on all the social media and then take her straight to foster care in Aromas.”

San Benito County Sheriff Eric Taylor said that on Jan. 9, the first day of operations, county services rescued  25 people and 16 animals. He was not immediately available to provide BenitoLink an update.

Okrant and ASSERT co-founder Dan Dela Rocha founded the organization in 2020, shortly after the commercial release of drones equipped with infrared cameras that were sensitive enough to detect small animals. Since then, they have traveled worldwide, following hurricanes, tornadoes, wildfires and floods, as well as man-made disasters like the war in Ukraine.

“We were there in June and August, and we rescued 70 animals,” he said. “We had our own rescue set up there and were able to get around 50 of the animals out of the country. We still have a few animals there, but we got all the remaining cats transferred to other rescues by the end of December.”

Okrant had been doing flood rescues in Santa Cruz County when he was asked to come to Lovers Lane by a local rescue volunteer concerned about animals possibly left behind. Employing less primitive technology, it was just basic legwork.

“We watch the fields, check the houses, scan the fields with binoculars,” he said. “We want to be sure there’s nothing that we’re missing by driving through too quickly. We knock on doors, and if we come across any neighbors out and about, we stop and talk to them, ask them if they have seen anything and find out if they need support.”

Okrant was also prepared to take care of native animals in need of care and had water and food stations ready to distribute in case he found feral cats and wandering neighborhood animals.

Some Lovers Lane residents relocated their animals before the flood with the assistance of the Fire Department and Animal Rescue. Jessica Verdeja sent some of hers away, then weathered the storm with the rest as her home became surrounded by several feet of water.

“I was here the last time it flooded, and we didn’t think it was going to happen again because they said that we’re going to try to fix everything,” she said. “My dog barely had puppies. So they’re two months old, and when the fire department came here the first time, they took three of them to the Veterans building. I just had too many dogs. And a woman there offered to take care of them for seven days.”

While his time in Lovers Lane resulted in only one rescue, Okrant was pleased that there was so little work and gave San Benito County Sheriff Erik Taylor credit.

“The search and rescue team directed by the sheriff has really done a great job out here,” he said. “We came out because of the reports of stray animals, but it looks like they took care of everything before we got here today.”

Taylor said that having been part of the Sheriff’s Department during the last flood helped him to prepare for this one.

“One of the reasons that I fought to get a water rescue vehicle to this community was because we had no ability to go in and do any type of swift water rescue or deep water rescue during 2017,” he said. “So making that one change of having that rescue vehicle and then having our search and rescue focus more on water recovery is why we were able to get so many people and animals out. The team is comfortable in that environment now.”

Taylor expressed concern over residents who did not seem to have heeded the warnings.

“We asked everybody to opt into our alerts, and we gave everybody a heads up,” he said. “We were putting stuff out on social media. We were putting out our alerts, and a very small number of people actually made the preparations that we asked them to make. So then once the flood hit, you know, then people are calling for help, and our resources were stretched very thin.”

The fund is dedicated to providing relief to those in the county affected by local disasters, including floods, fire, earthquakes, and more.

Gifts to the San Benito Disaster Recovery Fund can be made through the Foundation’s website, or mailed to the Community Foundation.

Gary Byrne, president and CEO of the Community Foundation, said the application process and how funds will be distributed have not be finalized and that in the past they have worked with the Hollister Fire Department and the Red Cross to get funds where they needed to be. He added the Foundation will also apply for Federal Emergency Management Agency (FEMA) and funding from the State.

Authorities are sending residents who evacuate their homes because of flooding to the Veterans Memorial Building located in Hollister at 649 San Benito Street. [Editor’s note; Vets Memorial Building evacuation center was closed Fri. Jan. 13.  It is uncertain at this time if it is temporary or permanent.]

Agencies responding to flooding include:

Sandbags are be available to residents on a self-serve basis for localized flooding emergencies. These items are on a first come first serve basis. A pile of sand and burlaps bags will be located at the following locations:

For road conditions residents can get information here. 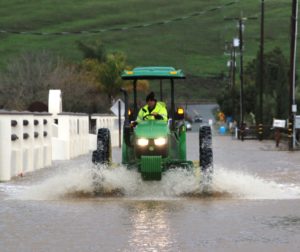 A joint task force made up of sheriff’s deputies, Hollister Police, CalFire, and county Search and Rescue brought dozens of residents out of the flooded area. 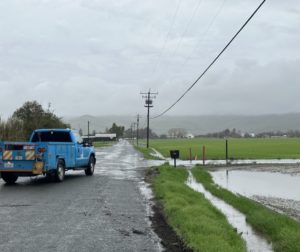 Residents are being taken to the Veterans Building where various supply donations are needed for kids, adults and pets. 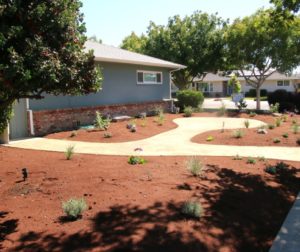