What is a fossil fuel subsidy and what can citizens do to end this practice? 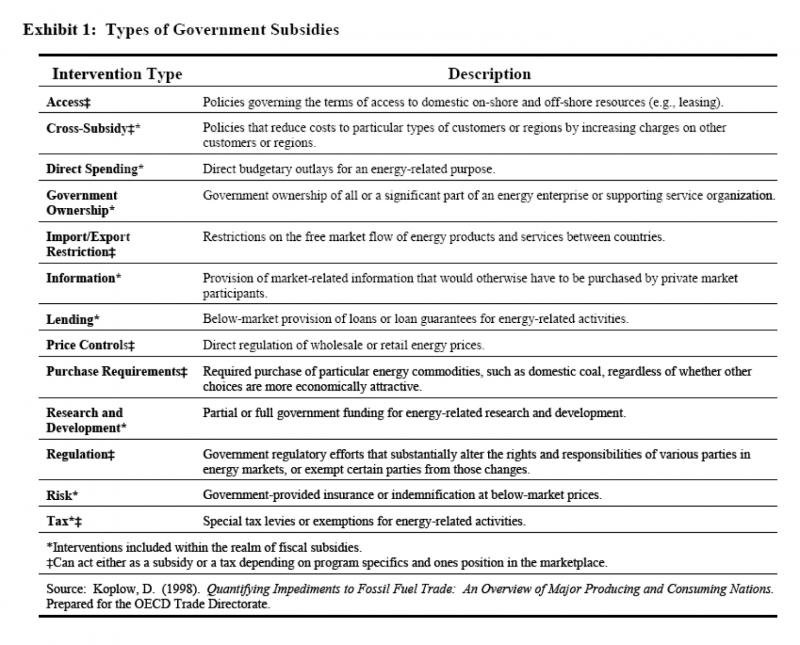 For those who own the rights to the oil and gas on their properties, royalty payments can offset the impacts of drilling from selling these rights to oil and gas developers. This is known as the legal doctrine of split estates in which one party owns the rights to minerals and other resources below the surface, while someone else holds the rights to the property above ground. This practice has left millions to deal with problems such as increased truck traffic, chemicals, lights, noise, heavy equipment, noxious air emissions and water – all without any compensation.

Add to this the wear and tear on our county roads, including noise and dust, the documented water pollution and environmental catastrophes, the exorbitant amounts of local water used to extract the fossil fuels, the excessive amounts of methane added to our climate change crisis, and stimulation of seismic activity in an already known seismically active state. The oil companies do not even come close to adequately compensating the public for these expenses.

What is a fossil fuel subsidy? According to Oil Change International (OCI), "A fossil fuel subsidy is any government action that lowers the cost of fossil fuel energy production, raises the price received by energy producers or lowers the price paid by energy consumers. There are a lot of activities under this simple definition—tax breaks and giveaways, but also loans at favorable rates, price controls, purchase requirements and a whole lot of other things."  (See the attached chart for more information.)

Rebecca Leber, who writes for Climate Progress, reports, "The year 1913 marked the first time a Big Oil subsidy was written into the tax code. The Revenue Act of 1913 allowed oil companies to write off 5 percent of the costs from oil and gas wells beginning March 1 of that year. (For reference, see pages 172-174 of the Act.) A century later, oil companies can now deduct three times this rate, at 15 percent, although the very largest companies no longer qualify. The percentage depletion subsidy also increases when prices are high, at the same time that oil companies enjoy greater profit. It can even eliminate all federal taxes for independent producers."  (Independent Producer: Citadel Oil, Inc., currently drilling in south San Benito County.)

OCI goes on to point out, "In the United States, credible estimates of annual fossil fuel subsidies range from $14 billion to $52 billion annually, while even efforts to remove small portions of those subsidies have been defeated in Congress, as shown in the [attached] graphic."

So, let's bring this closer to home. According to a report by Matt Maiorana, writing for OCI, reported in May 2014 that Gov. Jerry Brown is making sure that he personally intervenes to persuade cities, like Carson, CA, to abandon their position on calling for a moratorium on fracking and other enhanced drilling processes.  Mr. Maiorana states, "It’s not hard to guess why: he’s swimming in dirty energy money. Occidental Petroleum alone has supported the governor to the tune of $835,000 since 2006, far more money than any local community group could ever dream of coming up with. Oxy is one of Governor Brown’s largest and most consistent financial supporters — time and again, they are among the most prolific bankrollers of his political campaigns and private initiatives.

The report is, "In March, the Carson City Council rightfully decided to place a 45 day moratorium on new oil and gas production, halting a proposal by Occidental to drill 200 new oil wells in the community.

This, not surprisingly, became a major thorn in Occidental’s efforts to frack in the area, and perhaps around the state. Reports circulated that Carson could become an example other cities might follow leading to a wave of local fracking bans across the state, much to the chagrin of Occidental. In just 45 days, with no small amount of pressure and strong-arming, Occidental — and their friends in Sacramento — were able to turn a unanimous city council decision into a 50/50 split, allowing the moratorium to expire.

What helped clinch the vote was a personal call Governor Brown made to the Mayor of Carson who is also a voting member of the City Council. Read that again: In the final hours before the vote, Big Oil had the governor of California making personal calls to protect oil and gas interests.

After the vote, Gov. Brown made a personal trip to Carson to thank those who helped overturn the fracking moratorium. That’s right, the democratically-elected governor of one of the most progressive states in the country is not just letting fracking happen, he’s actively working to make sure it happens more.

Is this what we elected and pay our governor to do?  "Now, more than ever, it’s time to push back and demand Governor Brown protect the people of California, not Big Oil and other special interests. He can either stand with us and our communities, or stand with the oil corporations lining his pockets. He can’t do both."

David Turnbull, who also writes for OCI, mentioned a report released by Earth Track, that exposes the over $4 billion per year in new fossil fuels subsidies which have gone unaccounted for in previous estimates.  He notes that this pattern is escalating, due to an unsavory corporate structure called "Master Limited Partnerships (MLPs). Though these were ruled out for most US industries about 25 years ago, the IRS rules still provide "eligibility for fossil fuels," which has allowed a growing range of oil and gas activities to entirely escape income taxes. These subsidies are repeatedly overlooked in most federal oversight reports on subsidies.  Mr. Turnbull states, "These MLPs not only enable firms to escape corporate income taxes on profits, but they allow their partners to delay most tax payments on distributions for many years – a huge benefit… The increasing use of Master Limited Partnerships allows the industry to pay even less of its share of the taxes needed to support those same communities. The fossil fuel industry is busy destroying our air, water, land, and climate, all the while finding new ways to avoid taxes."

What can [citizens] do to help end fossil fuel subsidies in the United States? OCI urges that the only way to end our reliance on foreign oil is to end our dependence on all oil. So how do we transform oil companies into energy companies and jump start the new energy economy? The first step is a separation of oil and state – including an end to governmental subsidies to Big Oil and an investment in renewable energy alternatives and energy efficiency instead.