The Gavilan College Board of Trustees announced the 2017 Community Spirit Award winners for Morgan Hill, Gilroy and San Benito County. 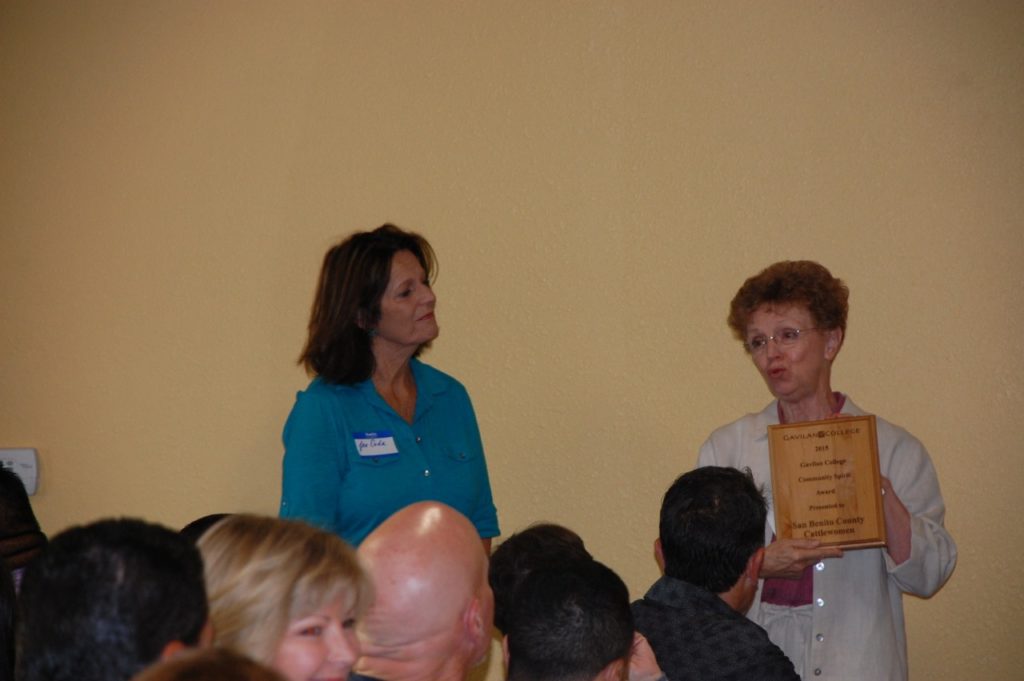 Trustee Lois Locci presents the award to San Benito County Cattlewomen in 2015.
×
Gavilan College announces 2017 Community Spirit Awards
At their September meeting, the Gavilan College Board of Trustees announced the winners of the Community Spirit Awards for 2017. The awards are presented annually, in each of the communities served by Gavilan College, to honor the people and institutions that contribute to improving the quality of life in each community. Each of the three sets of awards includes an individual, a business, and an organization.
The awards will be presented at three breakfasts this fall:
This year's awards will be presented to:
San Benito County:
Gilroy:
Morgan Hill / San Martin: